Mariners, Sounders won't play in Seattle due to coronavirus

Seattle Mariners, Sounders FC, Seattle Dragons, Tacoma Defiance announced plans to not play at home, postpone matches, and hold games with no fans in the venue. 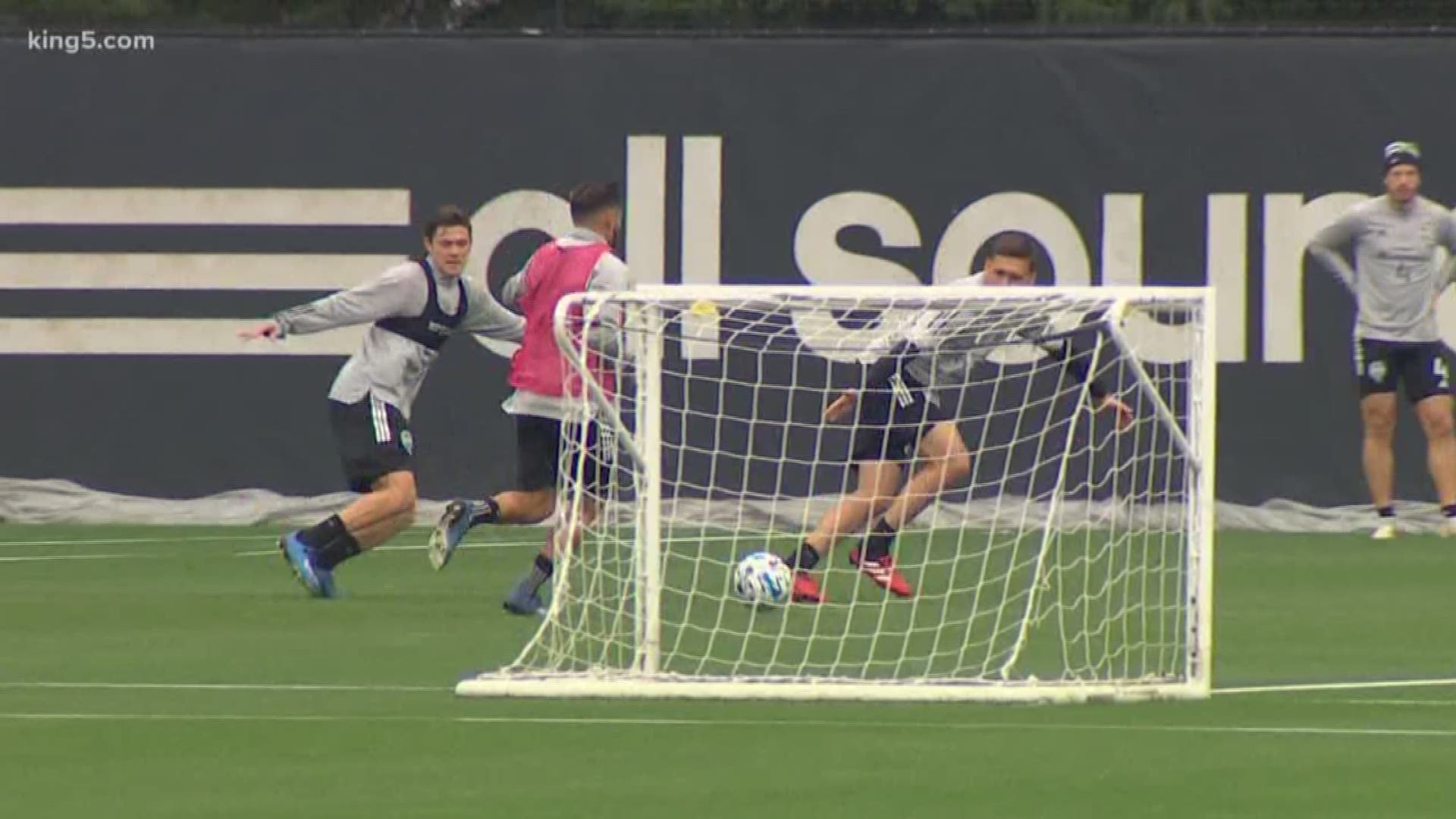 SEATTLE — The Seattle Mariners will not play in Seattle this month, and other local sports teams are changing their standard operations, as state officials announced a ban on gatherings of 250 people or more in King, Pierce, and Snohomish counties.

The ban was put in place in an attempt to slow the spread of the new coronavirus that causes COVID-19.

The prohibition will be in place at least through the end of the month, and could be extended, Gov. Jay Inslee told reporters.

The local teams have announced changes or have said that they will announce their specific plans soon.

The Seattle Mariners announced that the team is working with Major League Baseball on alternative plans for the baseball games that had been scheduled for the end of March at T-Mobile Park in Seattle.

"While we hope to be back to playing baseball in Seattle as soon as possible, the health and safety of our community is the most important consideration," the team said in a statement.

The team said it will provide more information about plans for the games as they become available.

Sounders FC will postpone its March 21 home match against FC Dallas in CenturyLink Field and hold it at a later date.

"Throughout this process, Sounders FC has stated that nothing is more important than public safety and the wellbeing of our fans," the team said in a statement.

Existing tickets will be honored for admission to the rescheduled game.

RELATED: Crowds of over 250 people banned in King, Pierce, Snohomish counties due to coronavirus

Seattle Dragons and the Los Angeles Wildcats planned to play their Sunday game at CenturyLink Field without spectators in the venue. Ticket holders can get refunds. The XFL game is scheduled for 4 p.m., and also will be broadcast live, as scheduled, on ESPN2.

Aaron Artman, President of We R Tacoma, before the game said the atmosphere at Wednesday’s game would be “eerie” without fans in Cheney Stadium’s 6,500 seats.

The game was broadcast on ESPN+, and it has already been determined that the club’s home match on Sunday, March 22 versus Oklahoma City is set to be rescheduled.

Two other Defiance games this month will likely be rescheduled.

Artman said tickets for March games could be refunded or exchanged.

This is a developing story, check back for updates.