"Our busy season started three months early and we are just hanging on trying to ride this thing out," one employee said. 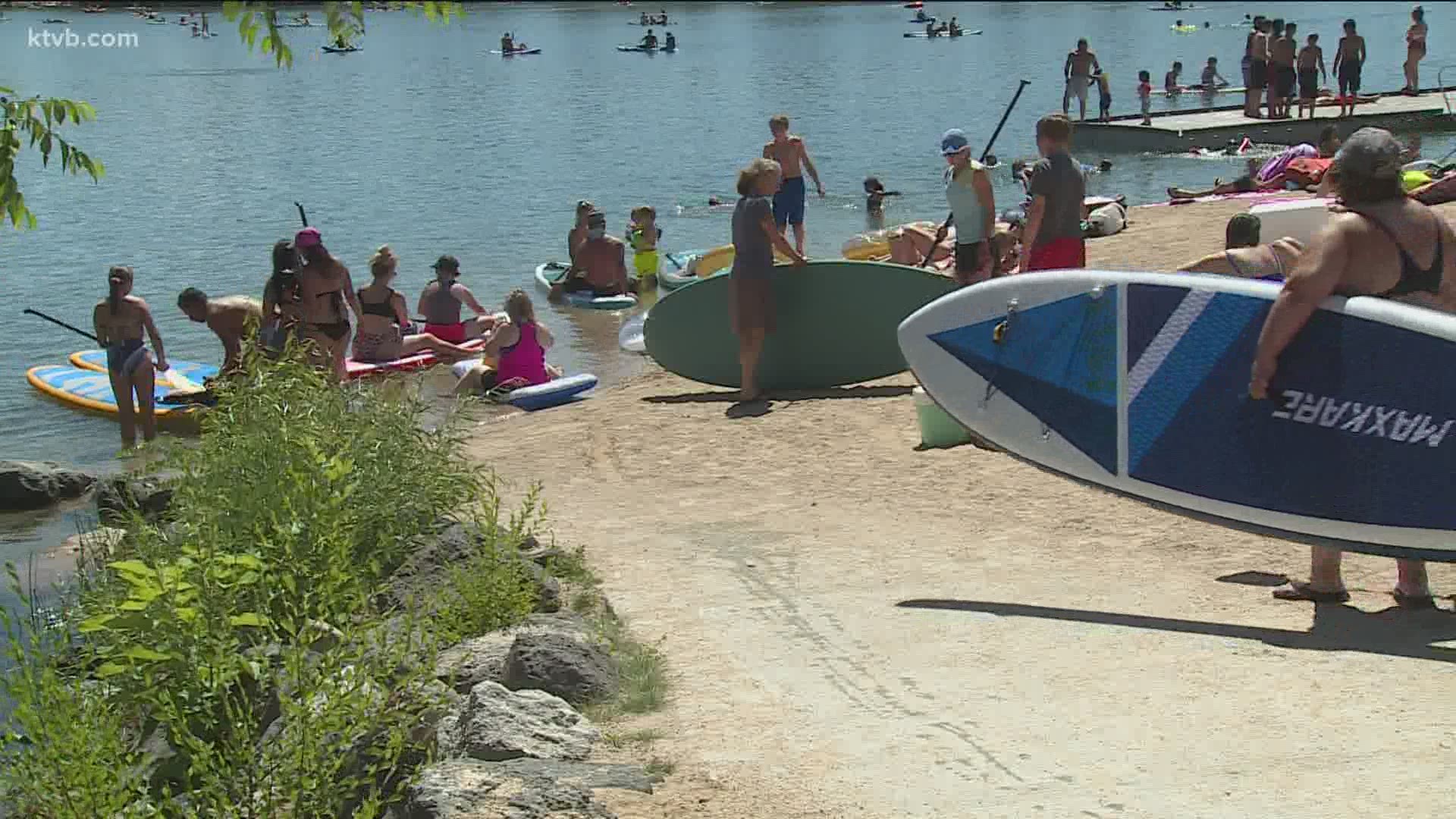 Some river sports shops are counting their inventory, trying to keep on top of the rising demand from Idahoans.

Idaho River Sports is used to a busy summer season, but last year blew them out of the water and this season seems to be no different.

“Last summer if we got a pallet of paddleboards in, I bet they would have been gone in a week and a half,” said Connor Fynn, an employee at Idaho Water Sports. “Everyone's really excited so we have a lot of people coming in, grabbing tubes and inflatable paddleboards, kayaks, and just trying to flood the river when it opens up.”

Flynn has worked at the shop for five years and said he has never seen such high demand so early on in the season.

“We had a lot of people coming in February and March because they knew they had to get on it early," he explained.

Flynn said many people planned ahead this year after seeing empty shelves at points in the summer of 2020. He added that customers may notice an increase in prices this year.

“The prices that the companies are telling us to list things at have been going up and I think that's because labor was tough it was hard to get people going back to work," Flynn explained. "So you have to pay people a little bit more money to get them back in the shop,”

Price increases on sale items are only around $10-$20 more, but there has been no increase in the price of daily rentals. Flynn hopes customers will pack their patience when shopping.

“We do get some folks that come in and are a little bit perturbed because we can't get them this lifejacket today. We are going to have to order it and it's going to be a week or two, or they want this certain kayaking paddle that we are not going to be able to get it in,” Flynn said. “There was just a shortage of supplies because the demand was so crazy high this year. The reason that there are still shortages is because companies are still trying to recoup from last season.”

Luckily, Idaho River Sports has plenty of inventory, and they're not feeling the pinch just yet

“Hopefully we don't run out of it. It still is possible because right now companies are at the point where they are like, 'Hey, we are not going to be able to send you your guys’ stuff until the end of September,' which for us is towards the end of the season,” Flynn said.

Flynn urged everyone who floats down the river this summer to be considerate of others floating, pack in and pack out, and wear a life jacket.