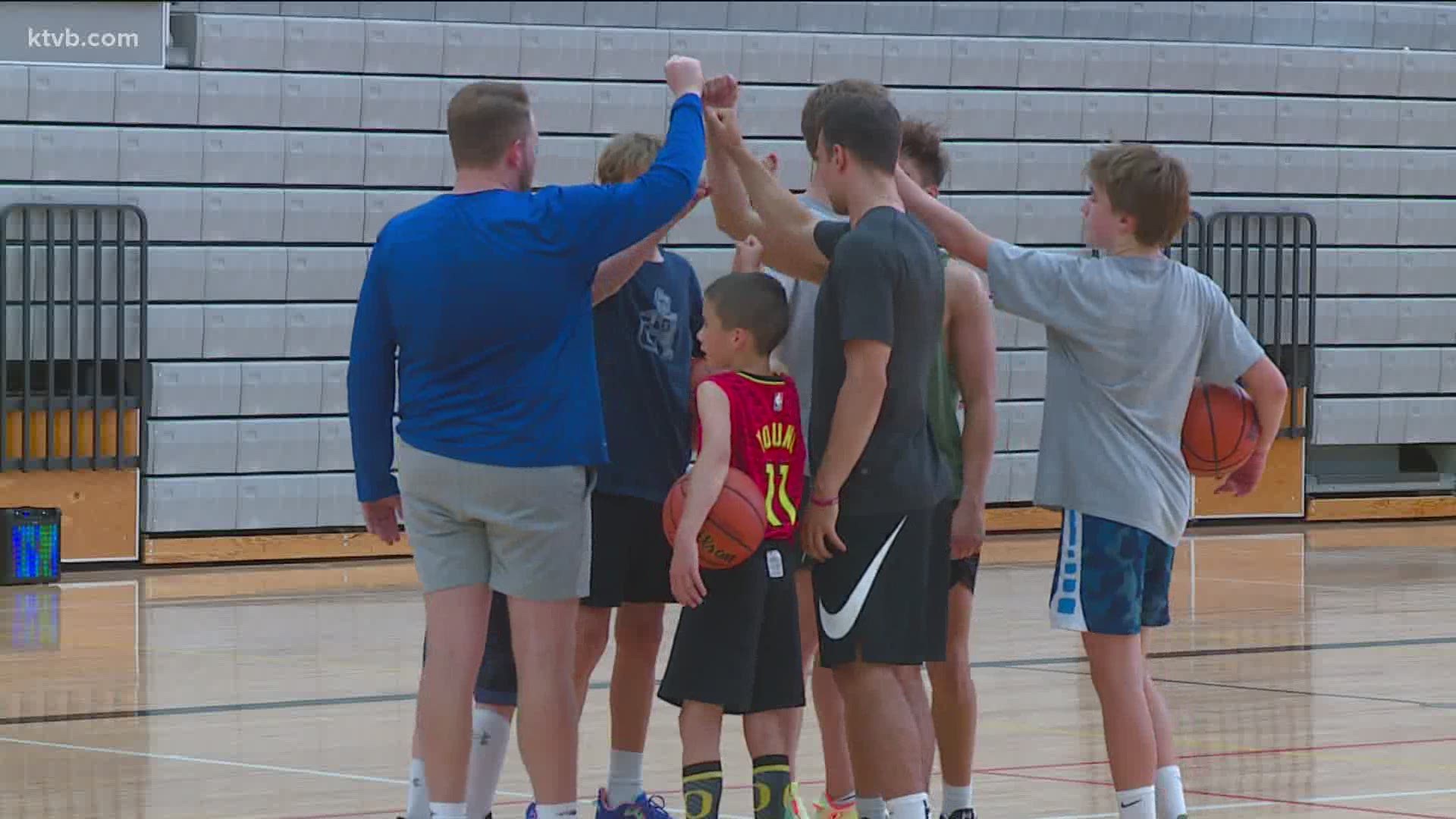 "Just trying to give back to the kids, pass a little knowledge on of the game to the future Treasure Valley greats," Pennington said.

"Found out we had an open gym and said why not? Let’s run a camp for some of the kids here," Pangos said. "So just put them through some drills, some games and have a good time, try and teach them whatever we can."

Besides spending time on the court working out together, the duo is very close off of it.

"So me and Paul, we work out together all of the time, [we] have a great relationship," Pangos said. "He literally is like a brother of mine. We fight, we compete, we go play golf, all that kind of stuff, so we're pretty close."

"On the court, we definitely have a lot of competitiveness between the two of us, so we battle a lot," Pennington said. "Off the court, we're good pals. We like to hang out, we get along really well off the court, but on the court, different story."

As two competitive and successful guards, it’s only fitting that competition boils over when they play each other one on one.

"He hates losing, so that's good for me because it pushes me as well," Pangos said. "I truly mean that, he's quick, so it really challenges me. He's a pretty good trash talker. I didn't know if he was like that in high school, but he really tries to get inside my head the best he can, it doesn't work, but he tries."

"Yeah, I try and get under his skin here and there, he likes to talk trash to me, so I like to return the favor, no doubt. But it's all fun and games at the end of the day," Pennington said.

Pennington is coming off his freshman season at Eastern Oregon. The former All-State player here in Boise averaged 12 points per game in his debut season in La Grande.

Pangos, the former Gonzaga All-American, wrapped up his sixth season abroad, playing professionally with Zenit Saint Petersburg, which plays in the EuroLeague. He averaged a career-best 14 points per game this past season.

“I’ve struggled with some injuries the past few years, so it was nice to be able to play healthy and enjoy playing again, and competing at the highest level was special for me," Pangos said. "I enjoyed everything, my team was great, my coach was great."

While the two are playing on opposite ends of the globe, they always look forward to time in the summer together."

“I love Boise, I’ve spent a lot of time here. It’s a beautiful city, there’ so much to do, so many outdoor activities, so many good restaurants in the city," Pangos said. "It’s nice to walk around. I’ve been here in the summers, and it’s beautiful."

The amount of Gonzaga fans in the Treasure Valley area has also impressed the former Zags star.