Ridge to Rivers trail users urged to fill out survey

The survey will remain open for at least three weeks. Responses will be compiled into a report to help create management strategies for the trail system. 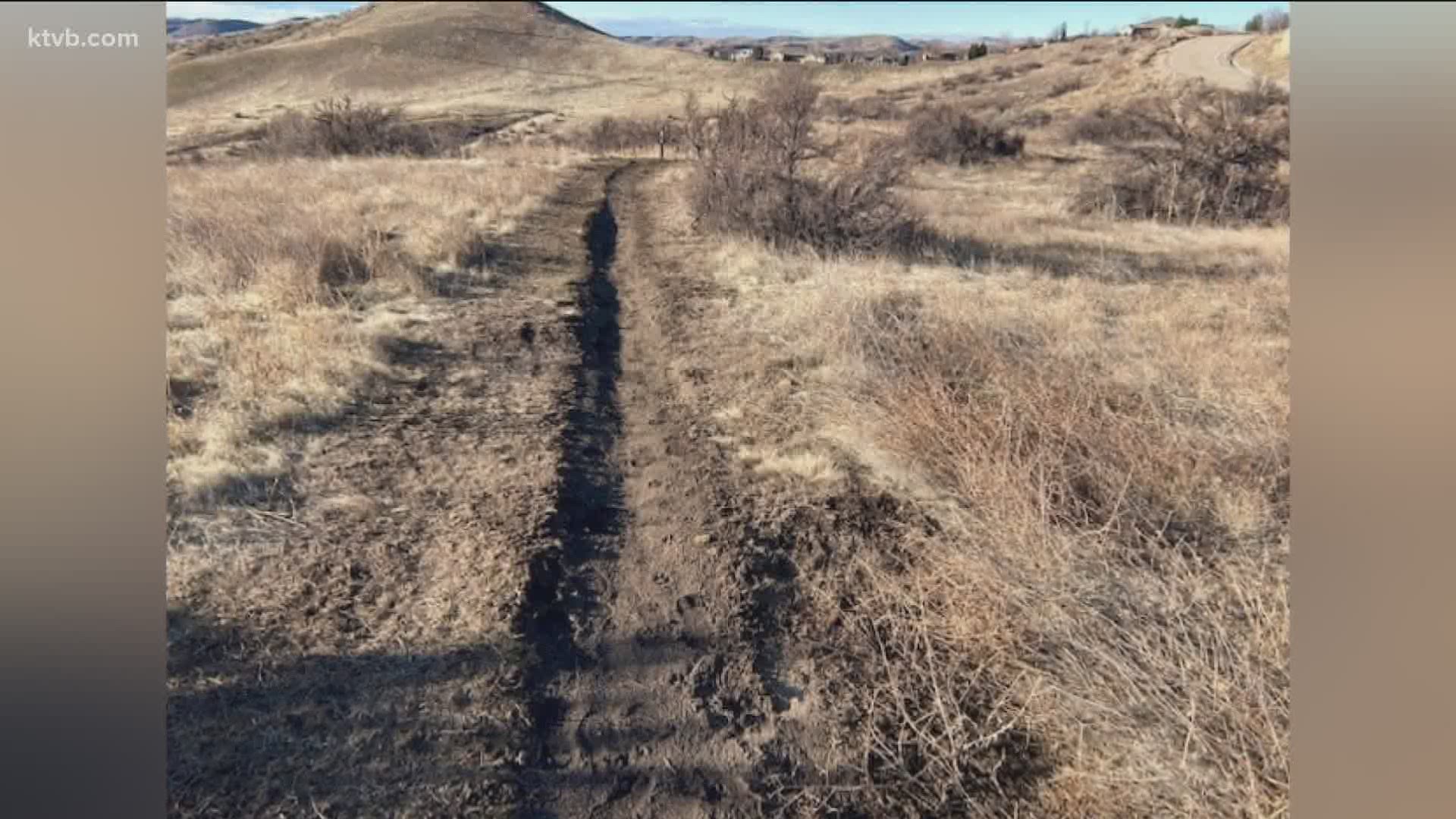 Trails in the Boise Foothills have never been more popular. But the increased usage has led to more damage on the pathways.

The City of Boise announced Wednesday that it’s launching a trail user survey on behalf of the Ridge to Rivers partnership.

The survey covers a variety of topics related to trail use and proposed management techniques.

"Growth, the pandemic, popularity of just being out on the trail system in the foothills, all those things," Gordon said. "A lot of people have moved to the area and one of the reasons they do come is for the access to the trail system. So, all of those things combined make for a challenging scenario when you've got to manage narrow trails in the Foothills."

Ridge to Rivers is proposing two possible solutions. One of them would be requiring a one-way direction on trails and the other one would be limiting who can use the trails on certain days.

Overcrowding has led to damaged trails this year.

The survey will remain open for at least three weeks. Responses will be compiled into a report and made available to the public on the Ridge to Rivers website. They will help create management strategies in 2021.

Ridge to Rivers is a partnership between the City of Boise, Ada County, the Bureau of Land Management Boise District, the Boise National Forest and the Idaho Department of Fish and Game.

The goal of Ridge to Rivers is to provide a high-quality system of trails for the enjoyment of Treasure Valley residents and visitors to the Boise Foothills. The Ridge to Rivers management area stretches from Highway 55, east to Highway 21, and from north Boise to the Boise ridgeline.

Daily trail condition updates and information on the Ridge to Rivers Trail System can be found on their Facebook page.