A log jam has built up in part of the Payette River, prompting emergency responders and the Boise National Forest to warn river users to avoid the area. 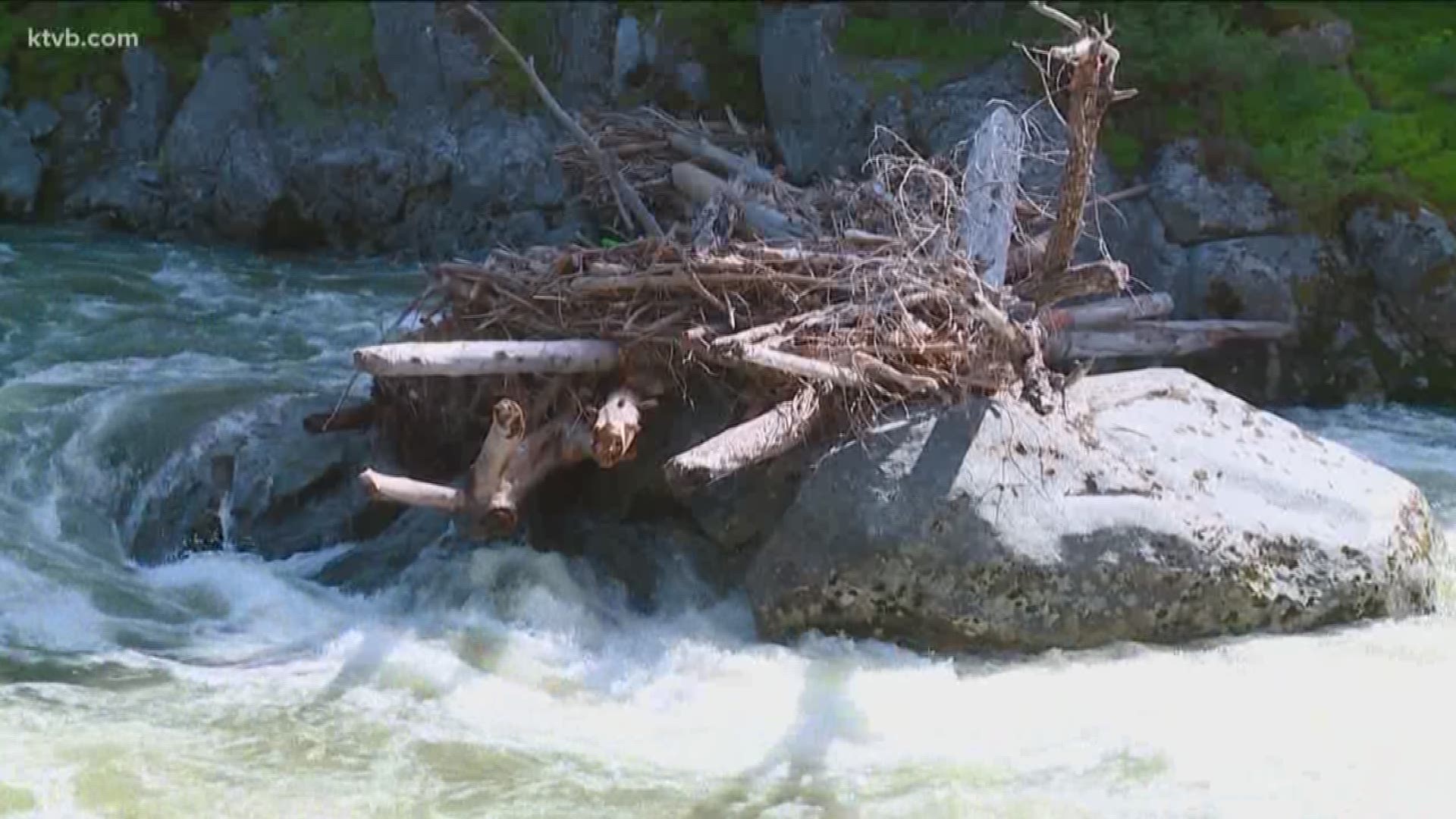 BANKS, IDAHO, Idaho — Kayakers and rafters beware - a log jam on the South Fork of the Payette River has led the Boise National Forest, along with emergency responders and river experts, to issue a stark warning to river users.

The log jam is built up at the Dog Leg Rapid, which is near mile marker 4 on Banks Lowman Road.

“There is a right channel and a left channel," Phil White, owner of Bear Valley Rafting in Banks, explained. "The left channel is the one that has the log jam actually in it. It's really dangerous conditions up there right now.”

The Dog Leg Rapid comes out of the Bronco Billy Rapid, which White said is not made for the inexperience river user.

“It’s class 3 and 4 so they’re a little bit bigger rapids,” he said. "Right now with the higher water, a lot of the current is pushing to that corner so if somebody were to be swimming it would be a very dangerous situation up there.”

In a news release, the Boise National Forest said: "Rubber rafts, kayaks and pontoon boats are a concern because the course of the river and its strong current could pull them directly into the log jam."

Harley Goedhart is an avid kayaker and said he runs the Payette several times each year. He and a group of friends ran it on Friday and he agrees it's extremely dangerous.

“It is really packed in, little logs back on top of big logs," Goedhart said. "So we usually call those strainers and it’s really dangerous for kayakers. So just like any strainer that you have in your kitchen, water goes through but your noodles don’t. And kayakers are kind of like noodles. If you end up kayaking into it, swimming into it, it’s basically a death trap.”

White said that's why he isn't 100 percent comfortable having customers on board for that area of the river.

“At this point, I’m not running that stretch because of that log jam," he said. "The water’s obviously higher as well so it takes more experienced people to be able to go up on that stretch. So until the water either comes down or that log jam is out of there, I won’t be running trips up there.”

Idaho Whitewater Unlimited also said they aren't currently running trips on that stretch either because of the potential danger.

Goedhart added that unless you really know what you're doing, Dog Leg is not the place to experiment.

"All of the water is pushing to the left, like into the logs - so you kind of have to fight the current and everything to get into the right position where you need to, to be in a safe position," he said. "So if you’re just floating down, you’re going to end up in it.”

The Boise National Forest said it is currently working on a plan to safely remove the log jam but right now, without a timeline of when that can be done - or how.

Until then, emergency responders recommend river users avoid that section of the river because of the danger and potentially life-threatening risk to both boaters and emergency personnel.

"If you're not prepared you could put yourself and others in a very dangerous situation," said Garden Valley Fire Chief Jon Delvalle.