“We didn’t know what to expect, we didn’t know how to stay open, how to operate under COVID guidelines," said Brad Wilson, General Manager at Bogus Basin. 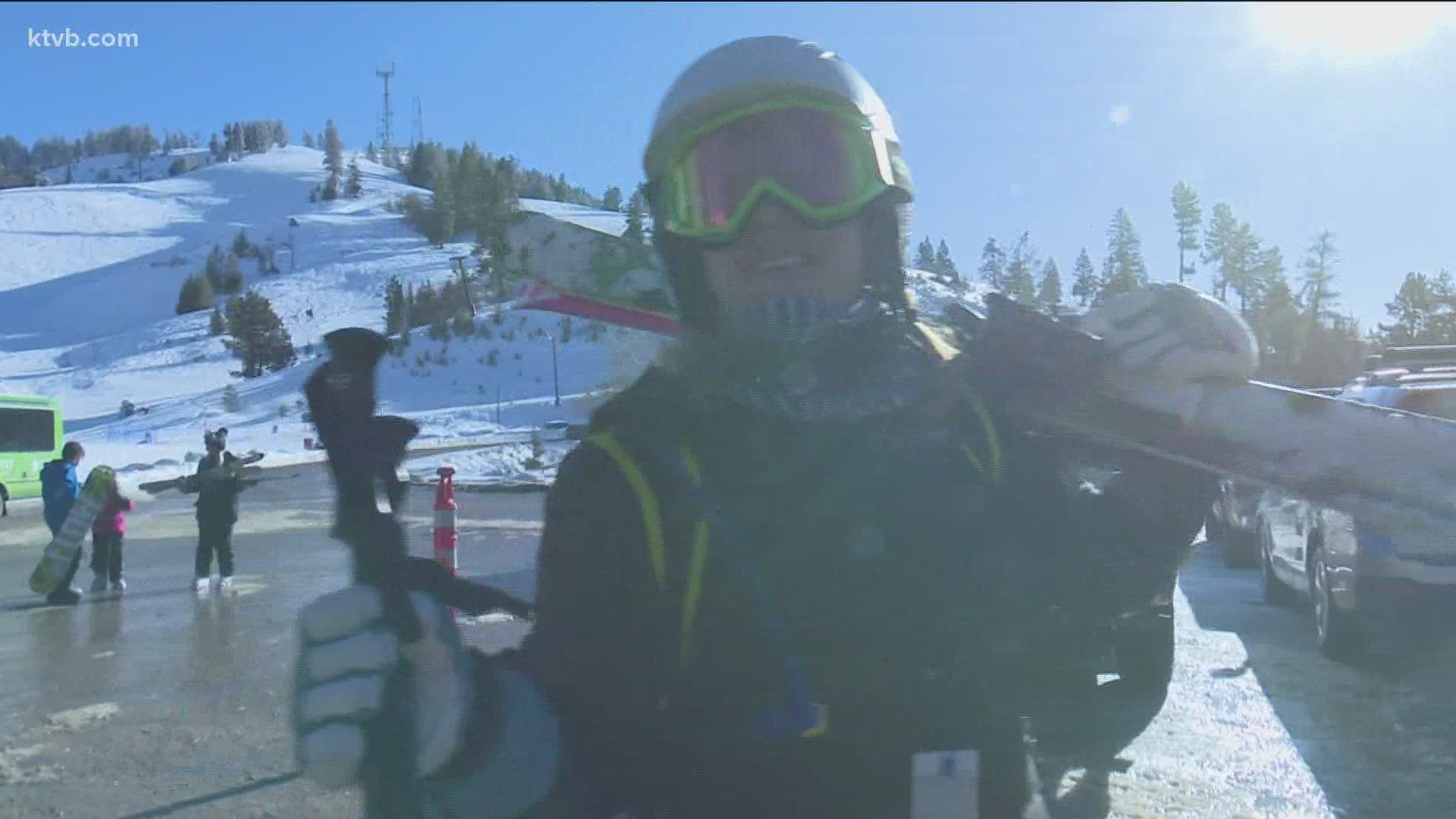 BOISE, Idaho — As ski season near its end dates, many resorts reflect on the challenges and triumphs the pandemic had brought. For many resorts, it was a ‘hope for the best’ mentality going into the season.

“We didn’t know what to expect, we didn’t know how to stay open, how to operate under COVID guidelines,” said Brad Wilson, general manager of Bogus Basin.

Wilson said this season the resort limited capacities, required face masks and physical distancing, and did not allow drinking or eating indoors. Even with restrictions in place, he said, the turnout went above his expectations.

“It’s been remarkable, and people have really rallied and got behind the protocols, you know, 'so what if I have to wear a face mask, I want to go skiing,'” he said.

Wilson admits he would be lying if he didn’t say there were challenges along the way.

“The whole mask thing, unfortunately, has been politicized, so we had people that didn't want to wear a mask,” Wilson said. “Some of our profit areas like food and beverage, ski school, rentals, for instance, were impacted, but we picked it up on the season pass side.”

It’s a similar situation at many other Idaho resorts, including Brundage Mountain near McCall.

“We started the season not really knowing what to expect, spent a lot of time planning safety protocols, and kind of went into it just crossing our fingers the whole way,” said April Whitney, Communication and Marketing Director at Brundage Mountain.

Whitney said turnout was great, and their season pass support also was fantastic. However, she said, Brundage did see a decrease in food and beverage operations.

The crowds at both resorts seemed a little different this year as well. Both Wilson and Whitney explained that they encountered more local skiers than ever before, many who hadn’t skied in years.

“People really got stoked on the ski season this year and, more of the same people showed up more to enjoy the experience over and over again,” Whitney said.

While both resorts had to deal with employee quarantines and staff shortages from time to time, they said there was no community spread at either mountain. After a season that required more preparation and planning than ever before, on Saturday, both Whitney and Wilson sounded relieved.

“Did I believe that we would be sitting here three weeks from the end of the season, with as much to celebrate as we are? I did not,” Whitney said.

“The industry itself and particularly in Idaho did have a really good year. I think it's a tribute to this area and it’s a testament to how much people like to ski," Wilson said. "And it was a pleasure to be able to offer this in a time when we weren't sure we could.”

Bogus Basin and Brundage Mountain will have their closing day on Sunday, April 11.