It was a banner year for fishing in Idaho. And the pandemic was just one of the reasons why more people visited the state's lakes, rivers and ponds. 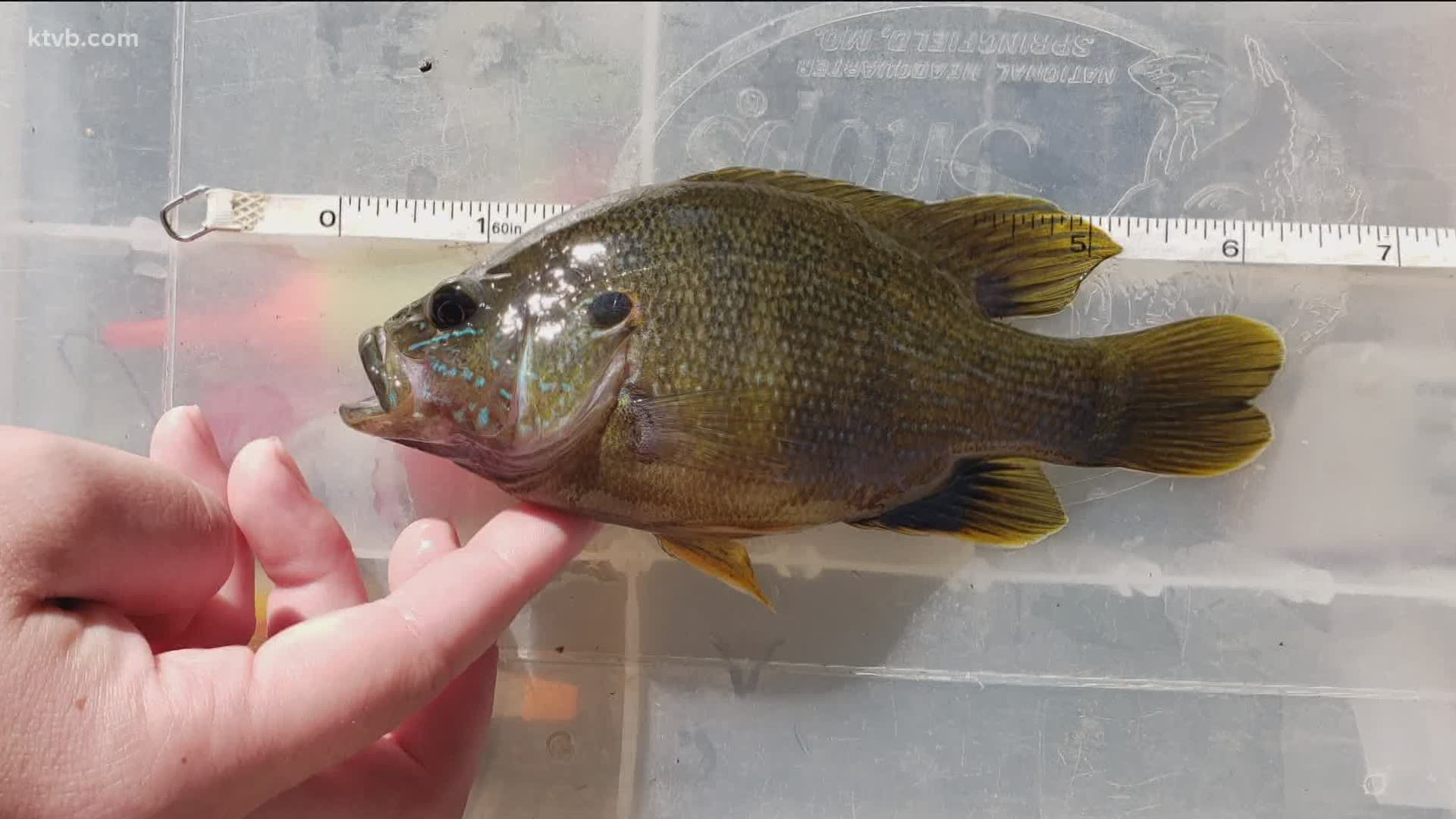 BOISE, Idaho — 2020 was a tough year for many as the coronavirus pandemic forced major changes in our daily lives.

People spent a lot of time cooped up in their homes, unable to go to social or sporting events, visit with family and friends, or just have a night out on the town.

As a result, a record number of Idahoans took to the great outdoors. For some, that involved hiking, biking or visiting Idaho's state parks. For others, it was fishing.

As a measure of how popular fishing has become in the Gem State, the Idaho Department of Fish and Game saw a 10-year high in fishing license sales, a 15% increase from 2019.

More than two-dozen catch and release records were set in 2020, more than any year since the state began keeping track in 2016. An additional six certified weight records were also set.

Of the records set last year, five of them belong to a father-daughter team. And they racked up those records in a span of just two months last summer.

"We had found that this record hadn't been set yet, so we were going to set a new record," Hayleigh Urban said.

During the summer of 2020, Hayleigh and her dad Jon Urban set some pretty ambitious goals.

"I came to look around here a few days before and found some spots and called my daughter and said we are going to get you some records," Jon said.

The key to catching those record-setters? According to Hayleigh, you have to think like a fish.

"That species in particular likes kind of the dark hideaway holes," she explained. "It was really tricky to get one because the bluegills are out everywhere, the green sunfish is more elusive. But if you get it in the right spot under a rock or log or something then you are more likely to catch a green sunfish."

In September, Hayleigh also set a certified weight record when she caught a 1.17-pound Lahontan cutthroat trout in Grasmere Reservoir.

Hayleigh has been fishing with her dad since she was five years old. During the summer of 2020, she picked up three state records, while Jon notched two of his own.

He set the first of his two records in July when he reeled in a 17-inch black crappie at Crane Creek Reservoir. Then in September, he broke the catch and release record for Lahontan cutthroat trout when he pulled a 15.25-incher from Grasmere Reservoir.

"It's such a personal reward to know that you fooled them and that you caught them, and that reward is usually paid off by releasing the fish," Jon said.

For Jon and Hayleigh Urban, Idaho is a fishing utopia.

"You've got streams, lakes, the city ponds, its everything, anything you want," Jon said.

And in 2020, it was pretty obvious that a lot of people felt the same way.

"If the anglers were out on the water and they thought it was busier than previous years, they were right," said Martin Koenig, Idaho Fish and Game’s sportfishing coordinator.

"If there was anything that could summarize 2020, it's just the incredibly big records that beat already big records," Koenig said. "It was just really impressive and pretty unbelievable."

Jordan Rodriguez, a fishing instructor and columnist, also took note of the huge uptick in anglers throughout the state.

"A lot of the weekdays were like weekends and a lot of the weekends were like holidays, in terms of the overall number of traffic, number of folks out in the popular spots," said Rodriguez, who actually broke Hayleigh Urban's certified weight record for Lahontan cutthroat trout about three months after she set it.

Several factors played into the record-setting year. For starters, there were optimal conditions thanks to the delayed benefits of high runoff two years earlier; and lower runoff last year allowed anglers to start fishing earlier in the season.

Idaho is also seeing more anglers due to the influx of new residents in recent years.

"In a lot of ways it is inevitable," Rodriguez said. "As our area grows and our state grows in population, there's just going to be more people out there."

But perhaps the biggest factor contributing to the increased number of anglers last year was the pandemic.

But with the increased number of people on Idaho's lakes, ponds and rivers, comes certain negative side effects, like the potential for overharvesting of some species.

"Where additional angler pressure might cause problems down the road, would be with things like wild trout (caught in the river system) and large bass," Rodriguez said.

Education is key, according to Rodriguez, and new anglers should learn to tell the difference between wild fish and hatchery-raised fish to know what to keep and what to release.

"I would encourage people to release the wild fish because those are the ones that are spawning and producing the next generations of wild fish," he said. "The more educated we can make ourselves and the more responsible we can be as anglers will mitigate the impact of having more people, more volume of people out there doing it."

According to Idaho Fish and Game, most hatchery-raised fish are marked so anglers can tell them apart from wild salmon and steelhead.

Whether or not the Idaho fishing boom continues after the pandemic, Jon and Hayleigh Urban intend to continue on their journey to set more records.

"There's still a lot more open and I'm already pre-planning and strategizing for all of that," Jon said.

And for Hayleigh, fishing is more than just a sport.

"You're not just fishing," she said. "You are spending time with someone you love, with your family. Just that experience in itself worth it."

Fish identification - Idaho Fish and Game provides a chart with photos so you can find out which fish are harvestable and which fish are catch and release only.

Learn to fish - If you are new to fishing, IDFG provides helpful resources to get you started, including a rundown of fishing basics, necessary gear, easy-to-access fishing spots for families, and much more.