How to start birdwatching in Idaho

Birdwatching can be an easy and low-cost way to get outside and experience the natural awe the state has in store. 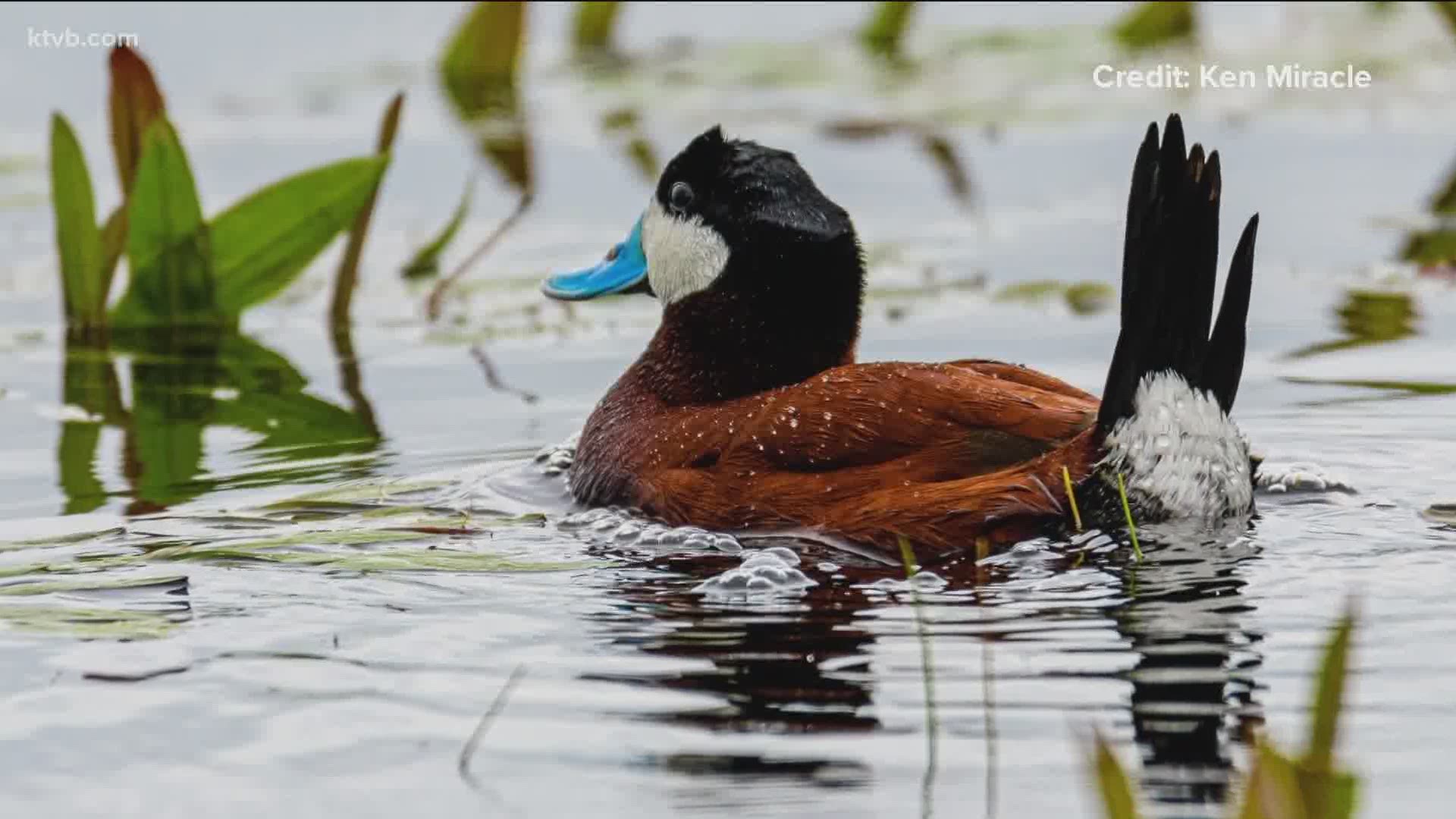 BOISE, Idaho — To spend much time in Idaho is to live among all kinds of species in the air, in the water and on land.

The Gem State is home to deer, lynx, otters, trout, coyotes, snakes, moose, and hundreds of other animals. But for those who like to turn their eyes to the skies - Idaho does not disappoint.

Birdwatching can be an easy and low-cost way to get outside and experience the natural awe the state has in store.

How to get started:

Birding can be as strenuous as scaling an alpine slope in search of a gray-crowned Rosy finch nest or as low-impact as hanging up a hummingbird feeder on your own back patio.

Unlike other Idaho-centric activities like skiing or mountain biking, bird watching requires almost no gear.

Those looking to get into birding will need a sturdy pair of shoes or boots if planning to do a lot of hiking in search of a particular species, a physical field guidebook or online resource downloaded onto their cell phone, and perhaps a pair of binoculars or spotting scope to pick out details from far away, without spooking your target.

As with any outdoor undertaking, however, venturers should always make sure they are dressed for conditions, carrying extra food, water, and first aid supplies if wandering off the beaten path, and are paying attention to their surroundings always, with an eye for rapid weather changes that could spell danger.

Many birders maintain that the best way to get started is simply to start: Pick out a species of bird that interests you, read up on their characteristics and common locations, and head out the door.

Online resources like eBird allow you to research different birds and share sightings online, while the Idaho-specific group Idaho Bird Records Committee offers a handy printable checklist of native species, as well as databases of different types of birds and rare bird sightings. 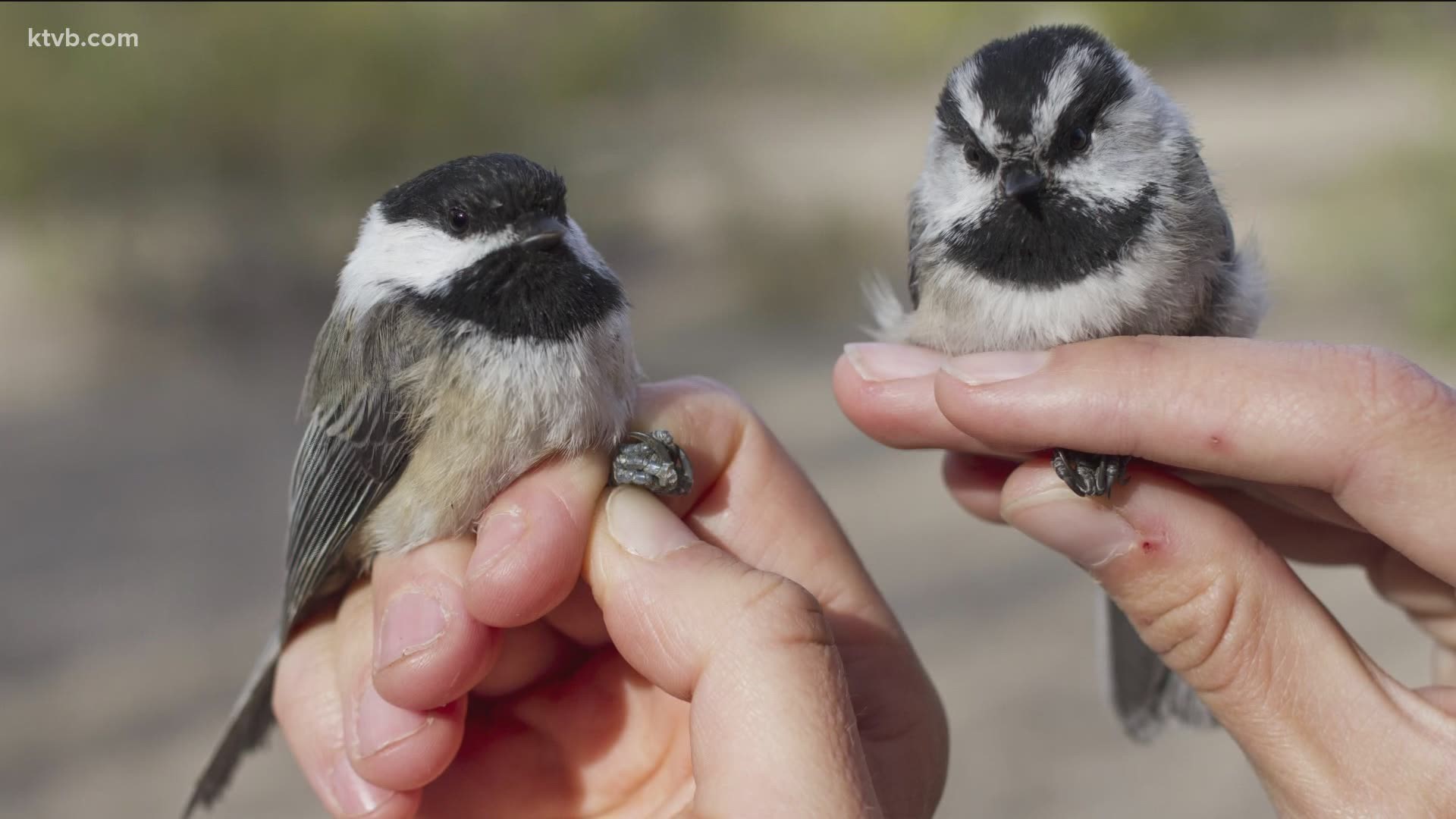 The 'Leave No Trace' ethos is as important a principle for birders as it is for those camping or backpacking through Idaho's natural habitats.

Birdwatchers should avoid trampling on fragile vegetation, breaking or cutting branches from trees, or making new paths, and should be sure to pick up after themselves and make sure no garbage is left behind.

It is also important to avoid trespassing. Idaho residents have millions of acres of public land to enjoy across the state. Every birder should acquaint themselves with boundary lines before venturing out, and always get permission before going onto someone else's property.

Birdwatchers should also make sure they do not disturb nesting birds or their young. Baby birds found alone or outside their nests should be left alone. Any methods that are likely to stress or endanger the birds you are seeking to get closer to should be avoided.

Lastly, being friendly and considerate to other people you encounter in the outdoors is always encouraged. For the American Birding Association's full list of Birding Ethics, click here. 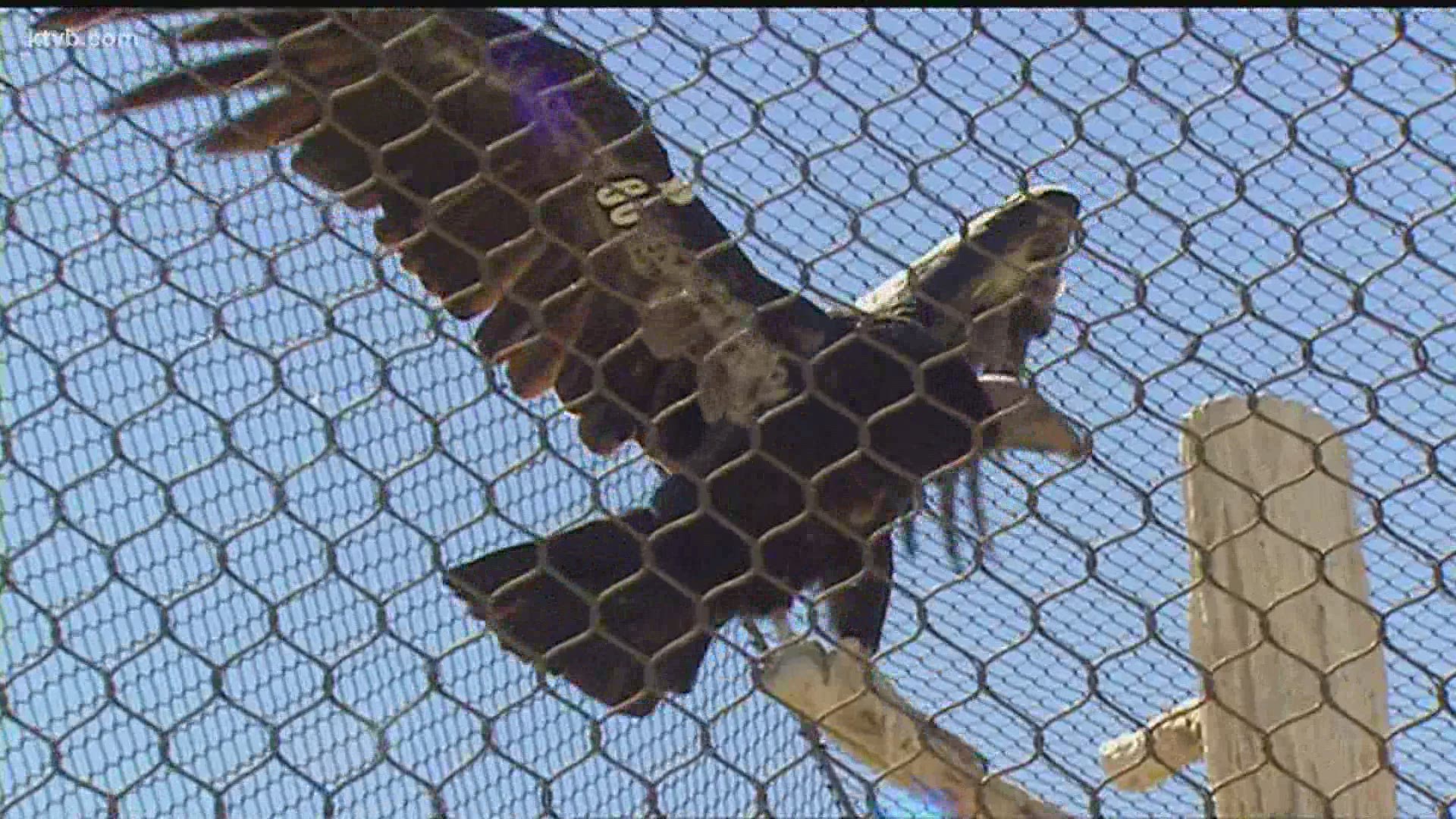 What kinds of birds does Idaho offer?

There are more than 400 different kinds of birds that are native to the Gem State, meaning you never have to travel far to get a good look.

From the mountain bluebird - honored as the Idaho state bird - to the raptors and eagles soaring high above the ground, the diversity of species is stunning. Below are just a few different types of birds you may discover around the state.

Sage-grouse: Natives to Idaho's high desert, sage grouse are listed as a near-threatened species as shrinking habitats lead to declining populations. Sage grouse mostly eat parts of the sagebrush plants, as well as some insects. Experts estimate that only 200,000 to 500,000 sage grouse are left in the American West, down from a peak population of 16 million.

Red-tailed hawk: One of the most common hawks in the United States, the red-tailed hawk gets its name from its distinctive reddish tailfeathers. The large birds can be seen all over Idaho, and prefer sticking to open country where they can more easily spot potential prey from the air. 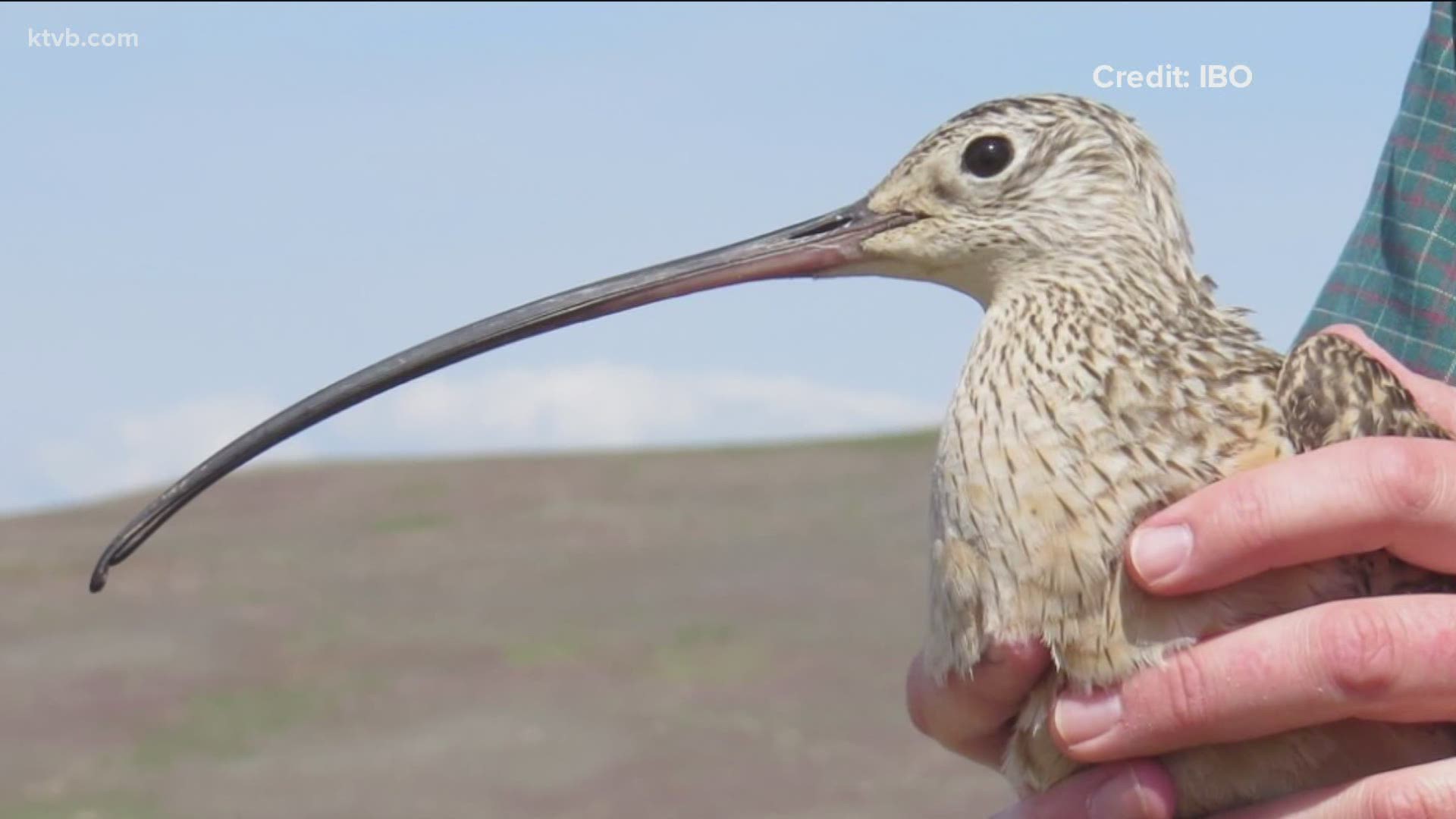 Western screech owl: These small grayish-brown owls can be masters of camouflage, blending in adeptly with tree bark or rocks. Like other members of their species, they prefer to sleep in the day and hunt at night, but can be sometimes be seen during daylight hours peering out from a hole in a tree or the side of a cliff face.

Wood thrush: Although much more common in the eastern United States, this small bird has also been spotted in Idaho year-round. Wood thrushes are a relative to the robin, and have a reddish-brown back with a white chest, throat and stomach, with black spots.

Cedar waxwing: These striking birds are native to Idaho and have been spotted all around the state. The grayish-brown birds are distinguishable by the crest on their heads, as well as yellow tailfeathers and bright red markings on their wing feathers, which have the appearance of droplets of wax and lend them their name. Cedar waxwings can often be found in open forests, where they dine on berries and fruit.

Golden eagle: This fierce bird is about the same size as the better-known bald eagle, but without the distinctive white head. Golden eagles are dark brown, with paler feathers beneath their wings and a golden sheen on their necks. They are often seen flying alone or in a pair, and feast on fish, reptiles, small prey animals like rabbits, and other birds.

Western tanager: The vibrantly-colored Western tanager enjoys conifer forests, where they feed primarily on insects, supplemented by some fruit. Females of the species are yellowish with red on their face only, while the males are bright yellow with black wings and a red-orange head.

Great blue heron: These large birds can reach more than four feet tall with a wingspan over six feet. Great blue herons have grayish-blue plumage and a long pointy beak that enables it to quickly snatch fish from the water. They fish by standing or wading in shallow water on the edge of rivers and lakes and watching for their prey to swim by.

Of course, this list only scratches the surface of the world of birds you can glimpse in Idaho's forests, prairies, mountain ranges, and your own front yard.

KTVB is celebrating all things feathered for Bird week, which runs the week beginning Feb 15. To share your photos and get a chance to see them featured on air, text them to the newsroom at 208-321-5614.