Ada County Parks and Waterways announced that all services including equipment rentals and shuttles will be available next Tuesday. 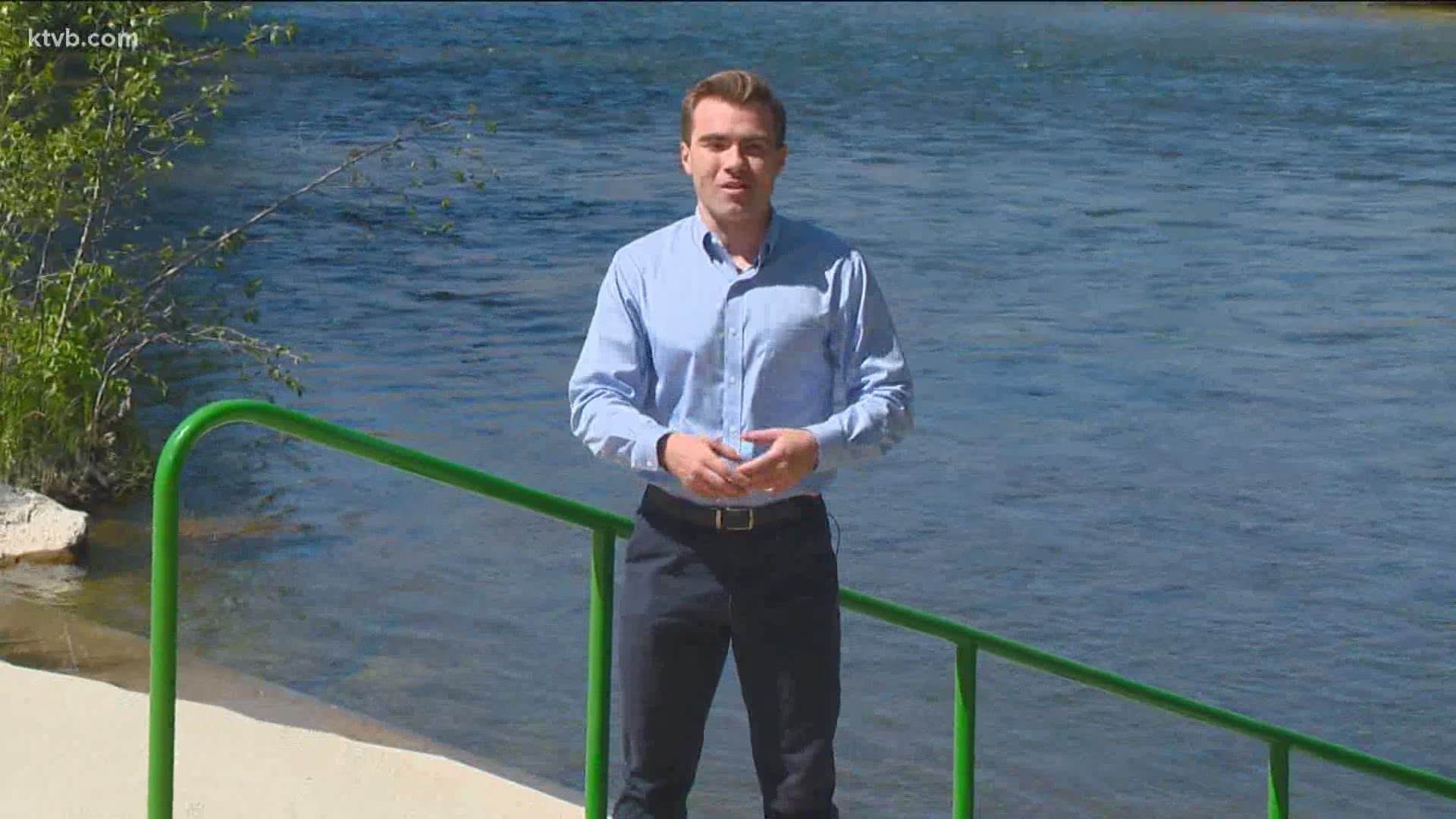 BOISE, Idaho — Temperatures are forecast to climb back into the 90s early next week. And if you are looking for a way to cool off, we have some good news to report!

Ada County Parks and Waterways announced the 2021 float season on the six-mile stretch of Boise River will start next Tuesday, June 15.

A number of factors went into the decision, including the Boise Fire Department's River Team being able to get out on the river and remove debris above and below the water to make it safer for floaters. Flows have also started to come down and it's warming up again.

Many of the amenities and services are coming back this summer, like the snack shack, shuttles and equipment rentals, along with parking fees.

However, the Barber Park air stations will not be making a return. People bringing their own tubes are asked to bring their own air pumps.

"We recognize that it created a much better utilization of Barber Park and the flow of people throughout Barber Park," said Scott Koberg, the director for Ada County Parks and Waterways.

Something new this summer the public can enjoy is the Barber Park Plaza officially opens Saturday. Improvements include more seating and space to enjoy while relaxing, sunbathing or eating.

Koberg said vehicle parking at Barber Park will be limited. He advises people to utilize parking at Ann Morrison Park and take the shuttle to the floater launch area or have someone drop others off at Barber Park.

Posted by Float the Boise River on Wednesday, June 9, 2021

Ada County Parks and Waterways remind people to think about safety while floating. They are recommending people wear appropriate clothing, footwear and bring the proper equipment.

"Anything that floats in the pool doesn't necessarily mean it'll float six miles in the river," Koberg said.

They also say don't forget to pack items like a life jacket, water and sunscreen to stay hydrated and safe.

"First and foremost be safe on the river," Koberg said. "Any safe float is a fun float."

The City of Boise issued tips and recommends people use the buddy system and steer clear of alcohol while swimming.

Ada County Parks and Waterways plans on floating the river at least once a week during the summer to make sure the river is clear of debris and trash.

Be sure to check out the updated 2021 floater guide for all you need to know before you go! Ada County Parks and Waterways suggests people stay up to date with their Facebook for the latest on this year's float season.