The ski resort is still looking to hire 150 workers. 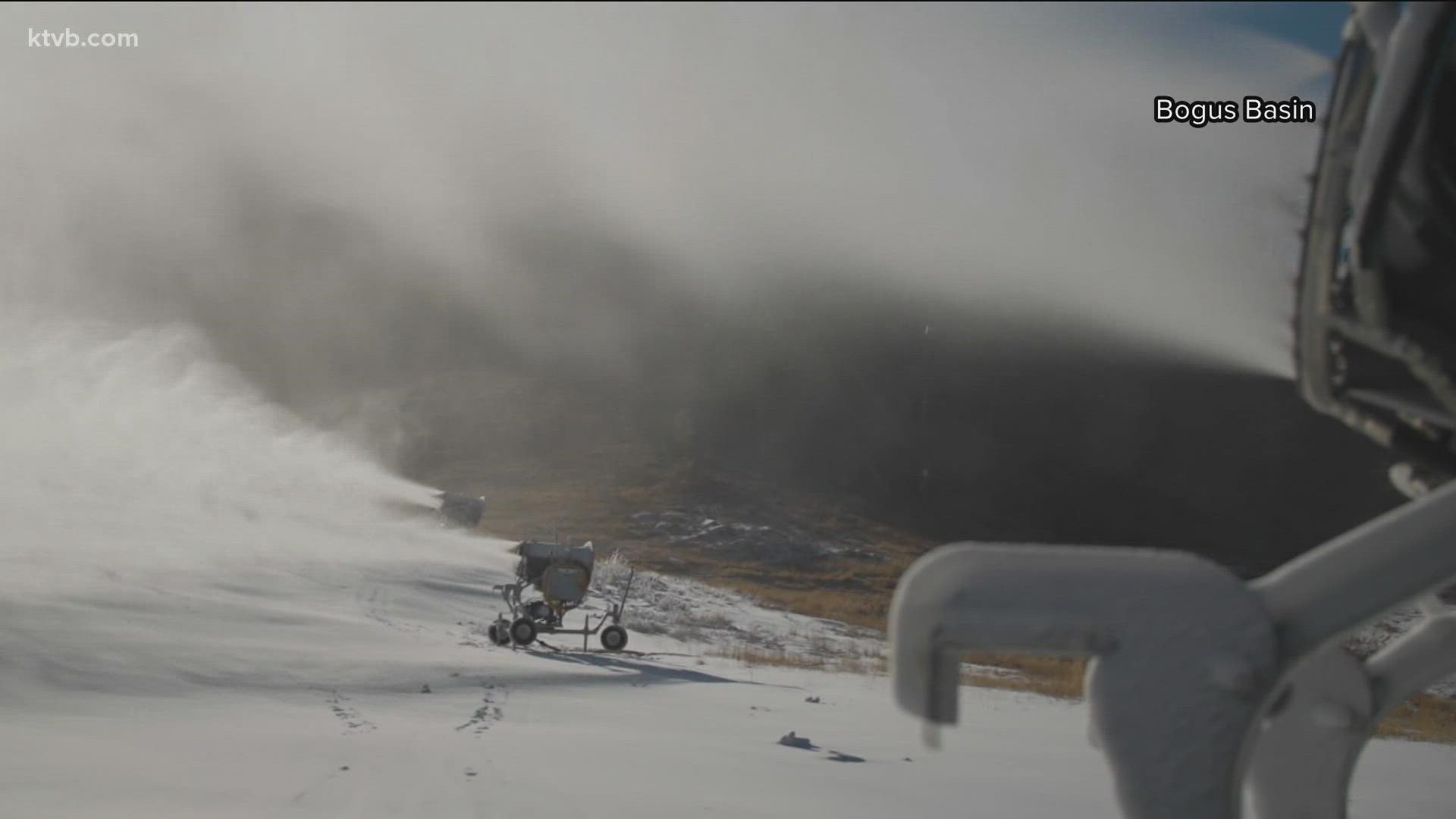 BOISE, Idaho — Thanksgiving is thought of as a day to gather with family and friends; for some, it's also the start of ski season. Bogus Basin General Manager Brad Wilson said Wednesday that he's confident some of the mountain recreation area's trails will be open come Thanksgiving and that we could even see a few trails open before that.

“We've had excellent snowmaking temperatures and we've been running for about two full days and three nights. These cold temperatures have been great, so we're making good progress on potentially opening some trails by Thanksgiving,” Wilson said. “We may even pull a rabbit out of our hat and open our hike-terrain park this weekend, so I want everyone to check on our social media or website to see if we'll pull it off.”

If they do pull it off, Wilson said, access to the hike-terrain park will be free, and the conveyor lift will be running.

That announcement comes as Bogus Basin looks to hire 150 workers for the season -- mostly part-time. Wilson said they're not where they would like to be when it comes to staffing, but they do have enough people to open and operate.

“We'd be a little short if we'd have to go into the Christmas holidays, but we fortunately have time to hire more people,” Wilson said.

Whether you visit Bogus this season for work or play, Wilson said, you'll notice some improvements like new furniture, the paved main parking lot and more ski terrain.

“We did finish up with the forest health initiative and working with the forest service and have had logging on the mountain for three summers. That's now over and we cleaned up after the logging and that's opened up," Wilson said. "I think we're going to have five new trails that you'll be able to ski primarily on the back side of the mountain.”

Bogus Basin will hold a job fair Saturday, Nov. 20, from noon to 4 p.m. at the downtown ticket office, located at 2600 N. Bogus Basin Road. Wilson said the positions are more than a job for most people -- they also offer free season passes, discounts and free transportation. 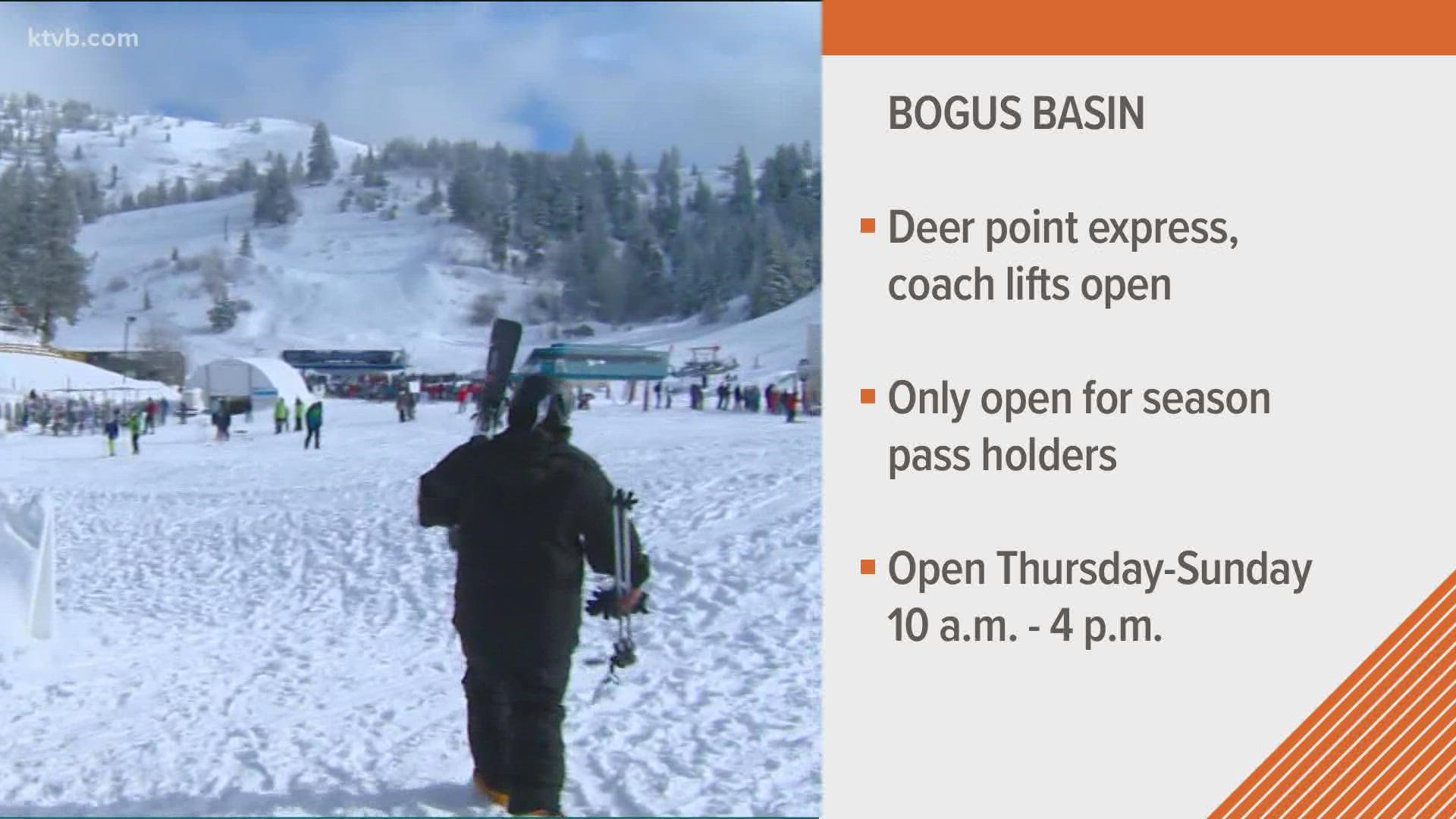