‘It's a really fun float if you do it right’: Ada County Parks and Waterways and Boise Fire prep for official Boise River float season

Before the official float season, the Boise River must be flowing around 1,250 cubic feet per second, and Boise Fire must clear the river of hazards. 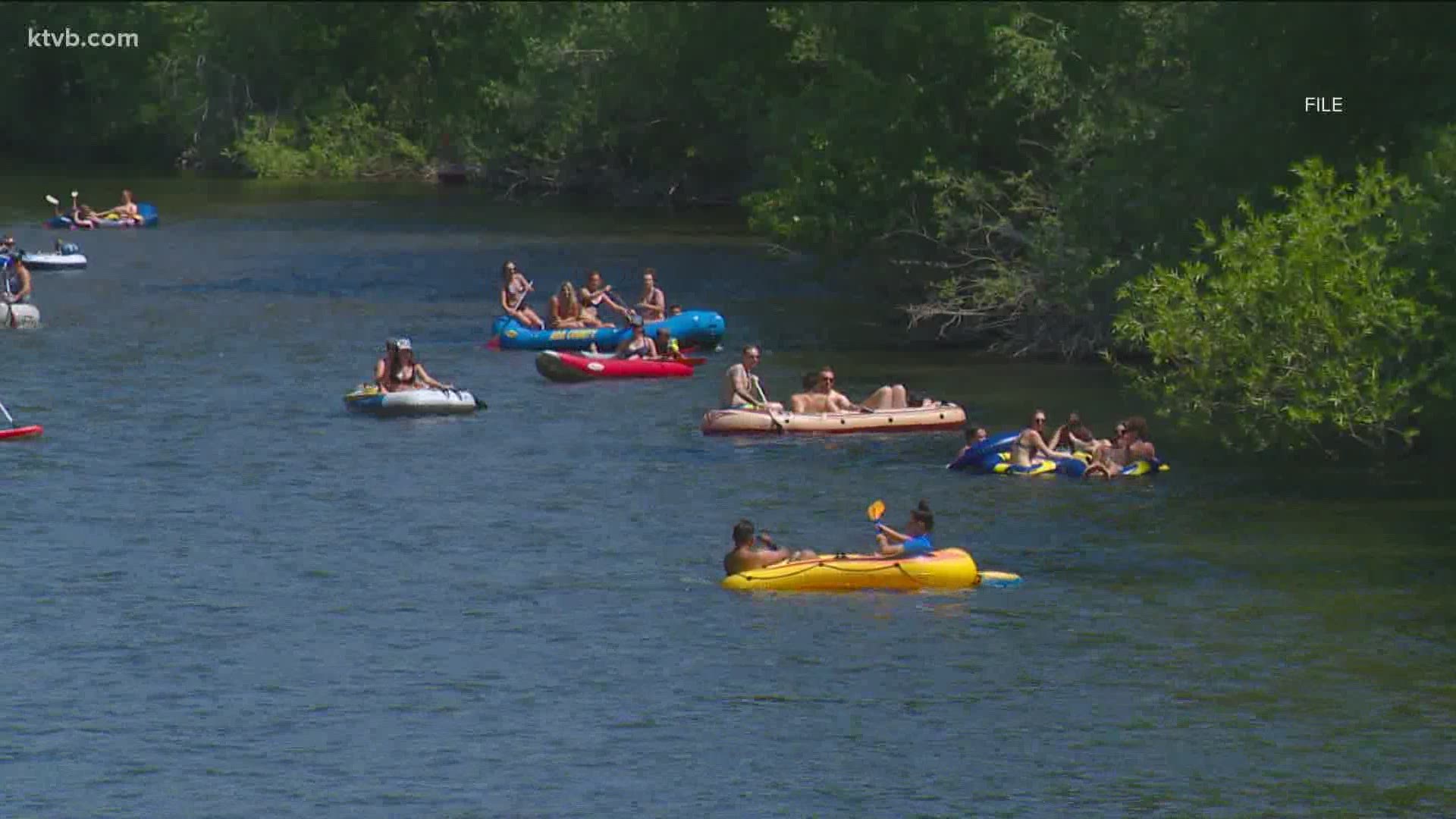 BOISE, Idaho — Over the last 20 years, the typical start date for the official Boise River Float Season has been around June 21, but start dates have ranged from as early as June 12 to as late as July 29.

Scott Koberg, the director of Ada County Parks and Waterways, declares the start of the official float season every year and said it depends on how fast the river is flowing and when Boise Fire crews can clean the river of hazards and debris.

“It's not something that's like a waterpark where you turn the key and say, ‘come on in everybody, let's do this,” Koberg said. “That's just not what the Boise River is, it's a natural body of water.

Koberg said the river flowed at 1500 cubic feet per second the first week of June, but the speed will need to come down to at least 1250 CFS to be safe for tubes and rafts.

In 2020, the public air pumps were out of commission at Barber Park, where folks begin their six-mile journey to Ann Morrison Park.

Koberg said there are no plans to turn the air compressors back on for summer 2021.

“We observed that it tended to facilitate the flow of people and utilization of the park without those air stations,” the waterways director said. “At this point we don't intend to have the air stations up and running.”

Barber Park will also look much different after the current construction is complete. River floaters can expect a new launch ramp, more areas to picnic, and safer ADA compliant pathways.

In a growing Idaho, Koberg said natives should take care of their new neighbors on the river.

“There's a lot of people that are new here or visiting the area that don't really know what this is,” he said. “It's our job to kind of educate them and show them how it's done. It's a really fun float if you do it right.”

Koberg said 2020 was the busiest float season ever, and expects it to be bigger in 2021.

Rivergoers can stay safe with these four tips from Boise Fire: Wear a life jacket, bring a friend, steer away from obstacles, and refrain from consuming alcohol.