“I would define a dojo as a community, a place where you can come at the end of the day just to have friends,” one 10-year-old dojo member said. 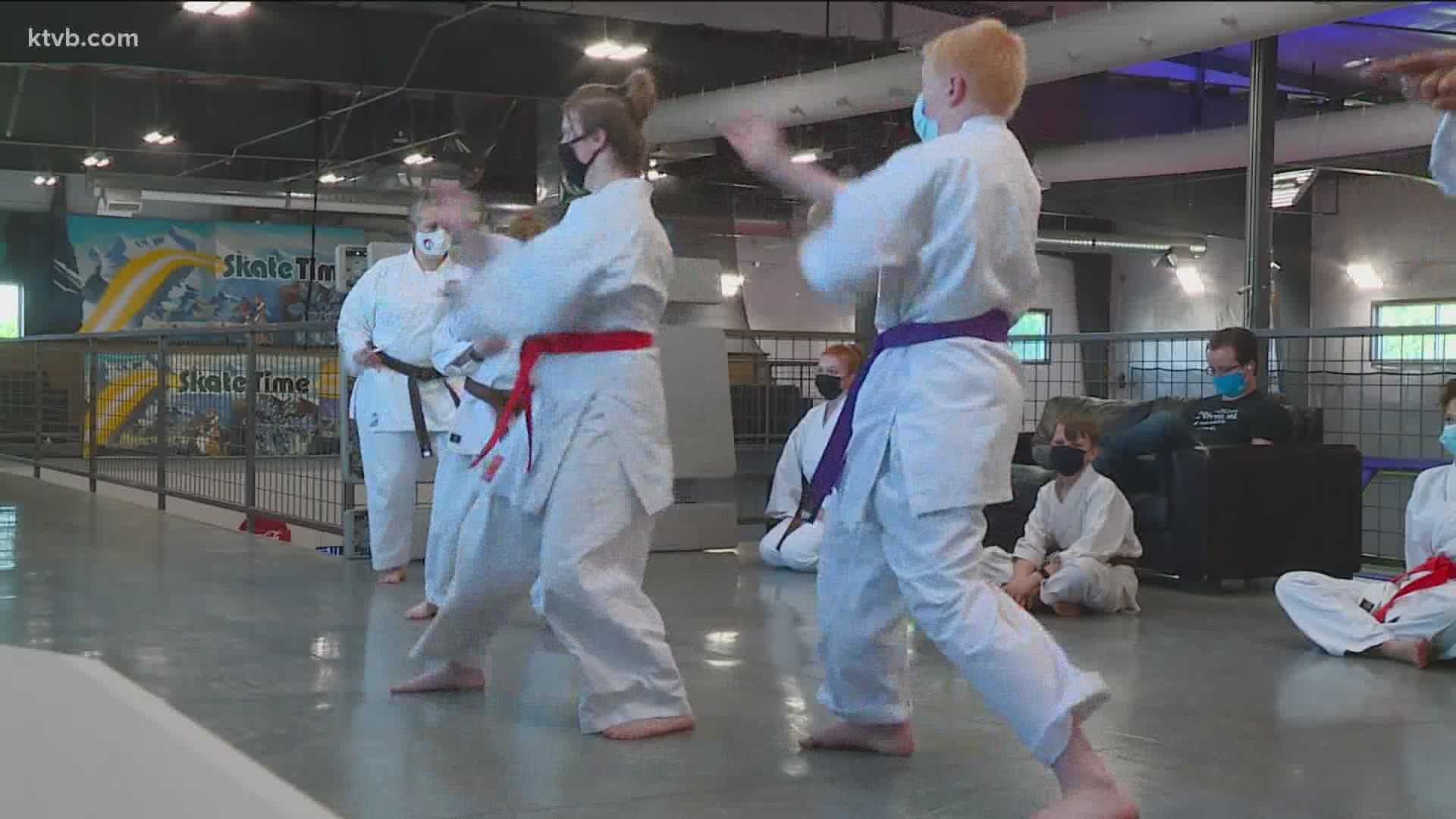 BOISE, Idaho — During this year's delayed Toyko Olympics, multiple new sports will be making their debuts, including karate, which one dojo has formed a family in the Treasure Valley.

“We all train together, and it’s really like a family, we’re here for each other 100 percent,” said Akemi Wells, a member of the Treasure Valley School of Karate.

The Treasure Valley School of Karate is a growing family at that, one that bonds youngsters and grownups alike.

“Karate isn’t normally supposed to be in the Olympics, so for there to be exposure, and show what karate is about, and the different aspects of it, is really exciting,” said Treasure Valley School of Karate owner Vanesa Perkins.

Wells said the karate typically takes a back seat to other forms of martial arts, "so to get our moment in the sun is a huge deal for us, we’re pretty exciting."

Younger members of Well's dojo also feel at home there.

“I would define a dojo as a community, a place where you can come at the end of the day just to have friends,” said 10-year-old Maeve Murray, Treasure Valley School of Karate member.

Karate is a form of martial arts and will make its Olympic debut this summer in Tokyo, it will feature two different events, including Kumite and Kata.

“So there’s Kata, or forms, which is a whole bunch of self-defense moves put together and performed with varying speeds and techniques involved in there. Then there’s also Kumite, which is fighting (sparring) form. Scoring by points with strikes on the body, head, back, there’s different targets that they aim for,” Perkins explained.

“I learn how to be confident, how to be comfortable with who I am and just have fun,” said Murray.

“For me, it’s not just the sport, but also the morality, the discipline and the personal dignity and respect that come with it,” said Wells.

Dojos world-wide, like the Treasure Valley School of Karate, can't wait to see the sport shine on the world's biggest stage.

“In our group here, it’s huge, we are all so excited, we compete, travel all over the Northwest to compete, so to get to see is just incredible, I think there will be many viewing parties,” said Wells.

“It’s going to be so exciting to see all of those athletes who train so hard, especially all of the women who have overcome those boundaries from not even being able to do it not too long ago,” said Murray.