Passing the baton: Armstrong gave a social media shout-out to Annemiek van Vleuten after her winning ride in Tokyo. 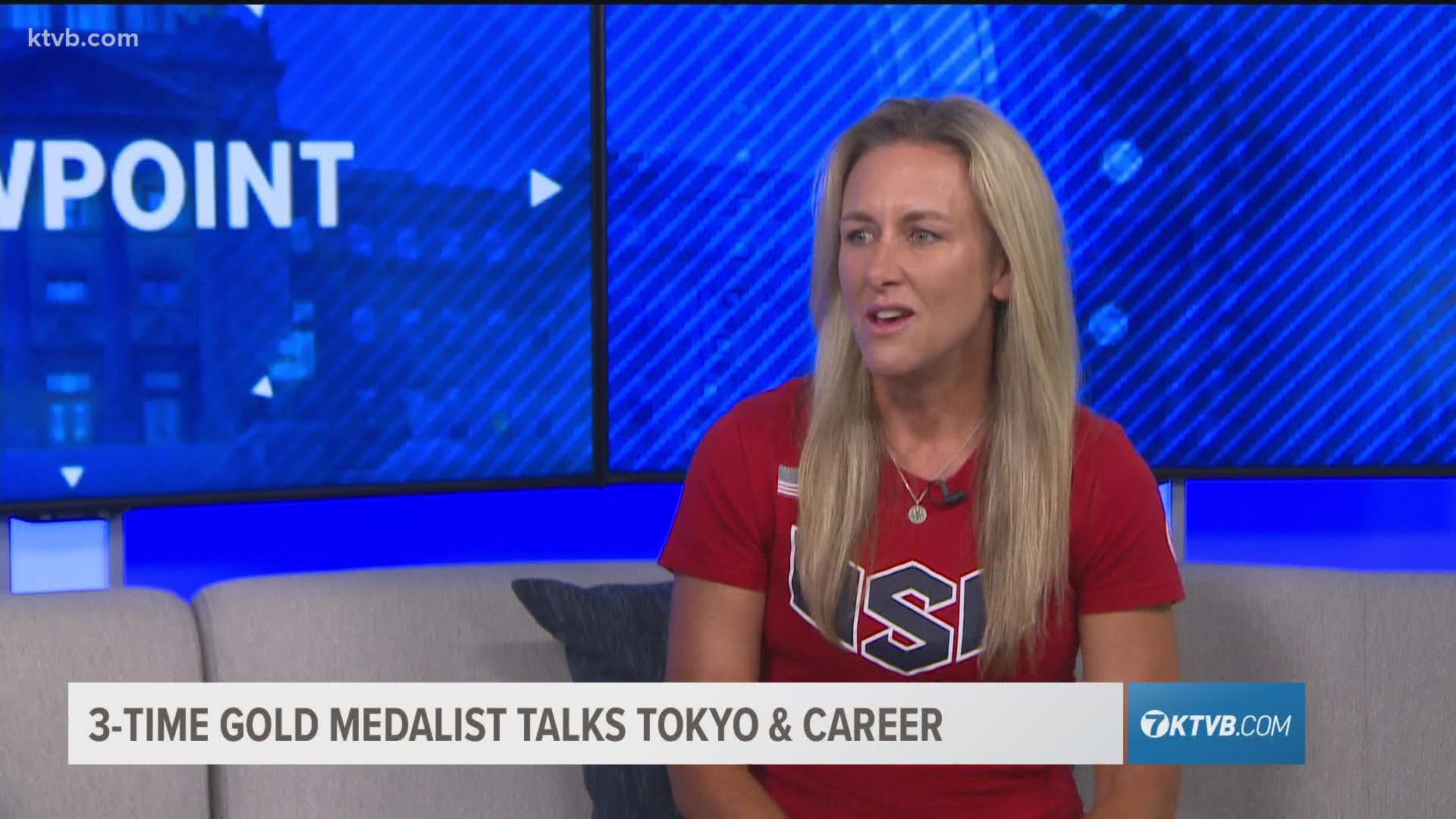 BOISE, Idaho — Annemiek van Vleuten of the Netherlands roared to an emphatic victory in the women's time trial at the Tokyo Olympics, becoming the first cyclist not named Kristin Armstrong to win gold in that event since 2004.

The Dutch rider exacted a measure of revenge for some miscommunication that may have cost her gold in the road race last weekend.

Van Vleuten put the hammer down to finish in 30 minutes, 13.49 seconds at Fuji International Speedway.

Armstrong was not in Japan to watch Van Vleuten in person. The photo posted in her Instagram story is from an after-party at the 2016 Rio Olympics, where Van Vleuten was seriously injured when she crashed during the road race -- a race she was leading at the time. Rio is also where Armstrong won her third Olympic gold medal in the time trial, to become the first cyclist in Olympic history to win three golds in the same event.

"She represents great character, grit and determination," Armstrong said about Van Vleuten, adding that 17 years after her first Olympics, she "couldn't be more proud" of the new champion.

Armstrong has retired from competitive cycling, but remains active in the sport as a coach and as owner of Pivot Lifestyle and Fitness centers in Boise and Meridian. She also is co-hosting the "Olympic Zone" show on KTVB, which airs at 5:30 p.m. Monday-Saturday during the Tokyo games.