Renovated in 2016, Rhodes Park has stoked the local skateboarding scene, but what you see there isn't as much a competition as it is a community. 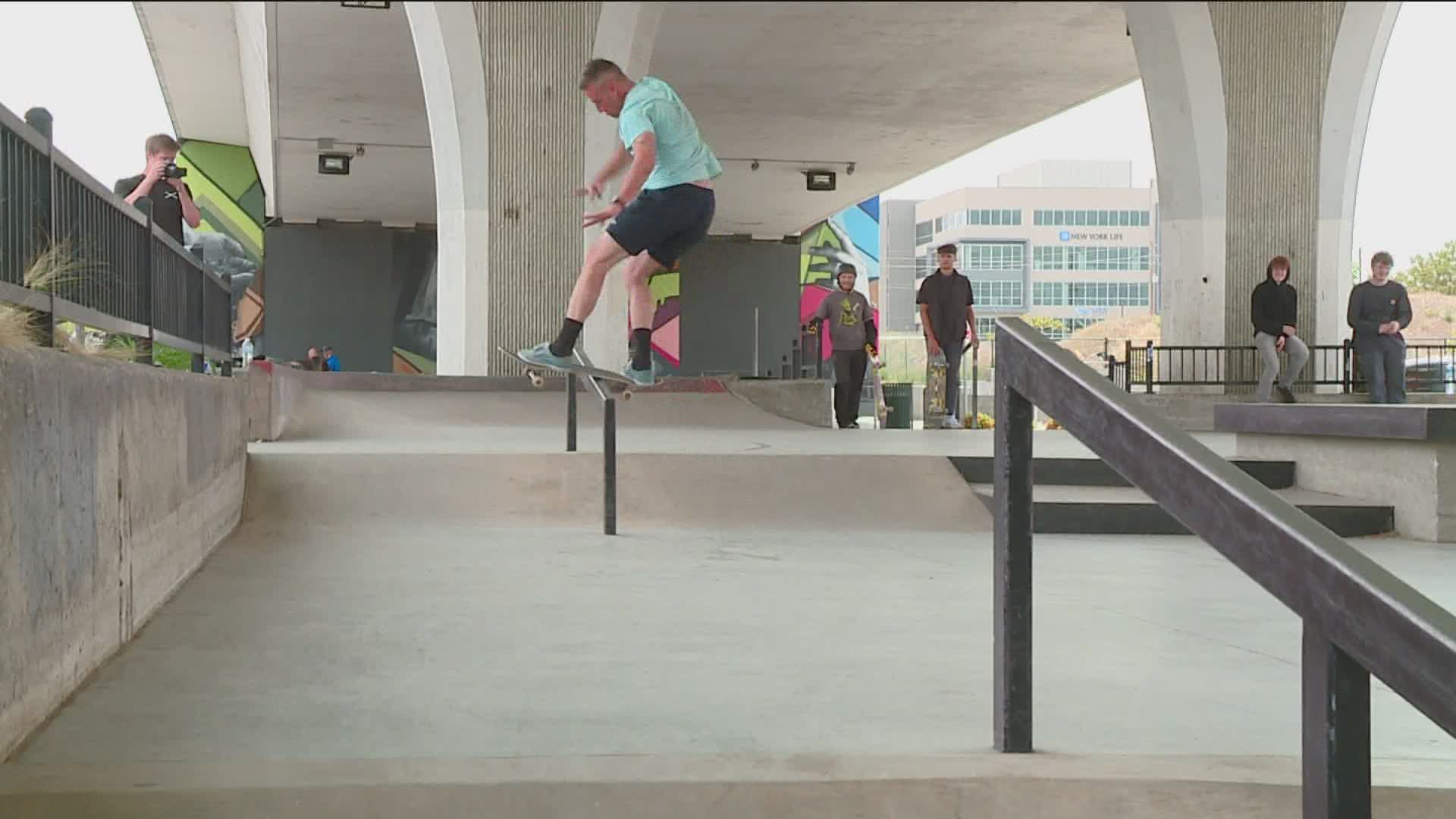 BOISE, Idaho — In just 66 days, people from all corners of the world will turn their focus to the west for the opening ceremonies of the 2021 Tokyo Olympics.

That excitement, however, likely pales in comparison to the athletes in four of the Olympics' newest sports: karate, sport climbing, surfing and skateboarding.

Hidden in the shadows of the I-84 connector in Boise is one of the best skateparks in the Pacific Northwest: Rhodes Park, the challenging yet inviting local skatepark.

"There's been so many people coming from out of state that are like, 'This is like a world-class skatepark,'" said 17-year-old Elliot Saxton, a frequent visitor of the park. "It's pretty sweet."

Renovated in 2016, Rhodes Park has stoked the local skateboarding scene, but what you see there isn't as much a competition as it is a community.

"It's honestly been the best thing being part of the skateboard community, there's really nothing like it," Saxton said.

These ramps, rails, and runs beg riders to express themselves the best way they know how: to push and grind to the borderline of the impossible and prove they're capable of making the jump.

"It's about overcoming the difficulty of skateboarding. You know, you're falling on concrete," Boise Skateboard Association President John Davis said. "There's those zones you get into and you're always trying to get into that zone. To watch the progression of kids in our community is just unbelievable."

"There has always been that battle in skateboarding of something of a passion and the heart," Davis said. "There's an element of core skateboarders who probably think skateboarding shouldn't be in the Olympics."

However, Davis believes there is a balance.

"There's talented skateboarders that get zero recognition," he explained. "Allowing more people to be around that shows what's possible."

Davis is not the only one hoping to put skateboarding in the spotlight. Saxton is leading a new generation of Boise skateboarders but also seeks to shred competition.

"Personally, I like skating contests," he said. "I always love watching people skate contests, too. I think it's really rad."

Saxton is already qualified and building his resume: a top 20 finish at the X-Games two years ago shows his potential. He's hoping to one day represent Boise on the big stage, especially now that another spotlight is available at the Olympics.