American Gus Kenworthy also advanced to the finals but finished in 12th. 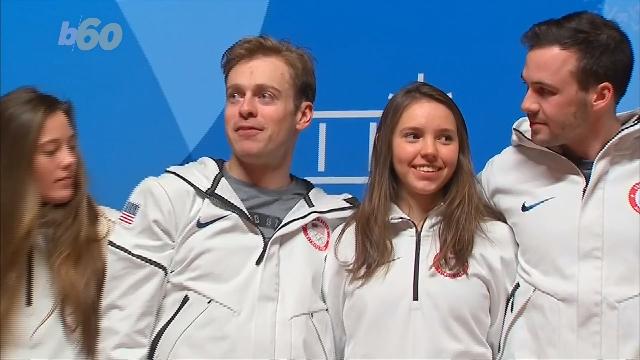 He claimed the Olympic silver at Phoenix Snow Park on Sunday, scoring 93.60 on his final run in men's slopestyle. Oystein Braaten of Norway won gold and Alex Beaulieu-Marchand of Canada took bronze.

The freeskier rose to fame as part of the U.S. sweep in slopestyle's debut in Sochi, winning a bronze medal there.

Goepper, 23, has recently revealed his struggles with depression since Sochi and shared the progress he’s made since going to a recovery center in 2015.

American Gus Kenworthy also advanced to the finals but couldn't put down a complete run in the finals. On his third run, he landed back-to-back double corks on his first two jumps but had a sketchy landing and didn't take the third one.

He entered the Games banged up, posting on social media about his broken thumb and a hematoma on his hip. Kenworthy, the silver medalist in Sochi, finished 12th.