Will Boise one day produce a pro-surfer as river surfing community grows?

With more people getting on board, it's only a matter of time until Boise flushes out a pro surfer. 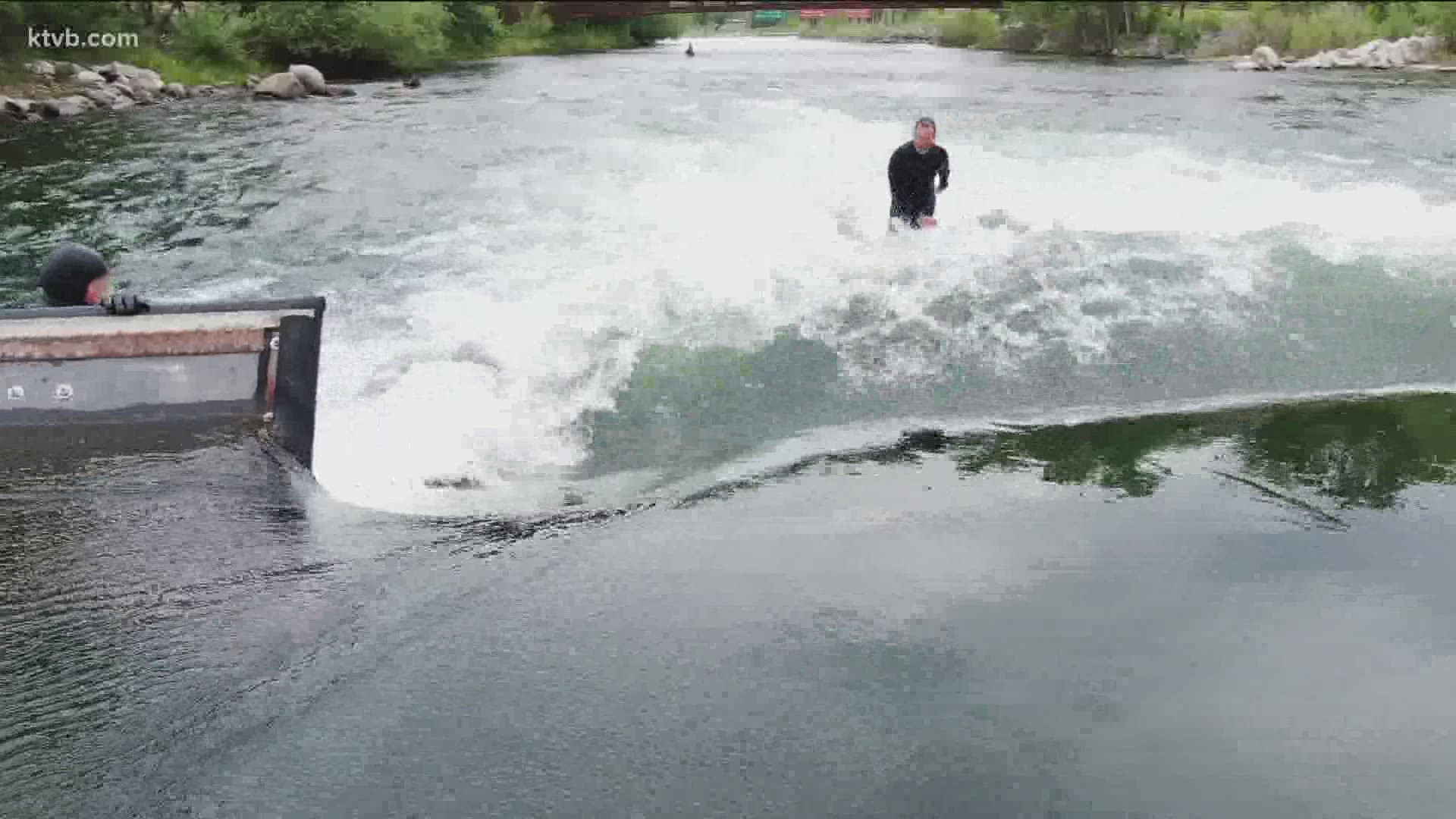 BOISE, Idaho — Tucked between the trees that line the banks, states away from the closest oceanic shoreline and almost 3,000 feet above sea level, the Boise Whitewater Park on the Boise River is cultivating a budding surfing community.

"It's the funnest thing I've ever done. I grew up skateboarding and snowboarding, all that fun stuff, but it's hands down the most fun I've ever had," said Paul Primus, maintenance and wave technician for Boise Parks and Recreation.

Primus hasn't just witnessed the rapid rise of interest in river surfing in Boise, but he's facilitated it. Long before the Whitewater Park was constructed in 2011, he was trying to conqueror the natural condition of the canal.

In addition to Primus, the initial wave of surfers included Boise natives James Hacking and Guy Midnight. It also sucked in Hayden Farrell, a transplant from New Zealand, who enjoys being able to surf all day in Boise.

Over the years, Boise's first surfers have been joined by the next generation who are jumping aboard the current trend.

While ocean surfing and river surfing may have differences that are more subtle than seismic, ocean surfing becoming an Olympic event in Toyko this summer may have a ripple effect on Boise's surf scene.

On a river 500 miles away from the closest ocean shoreline, the City of Trees may soon churn out a pro surfer.