Boise's Kristin Armstrong says her favorite Olympic moment was when her young son Lucas joined her on the medal podium. 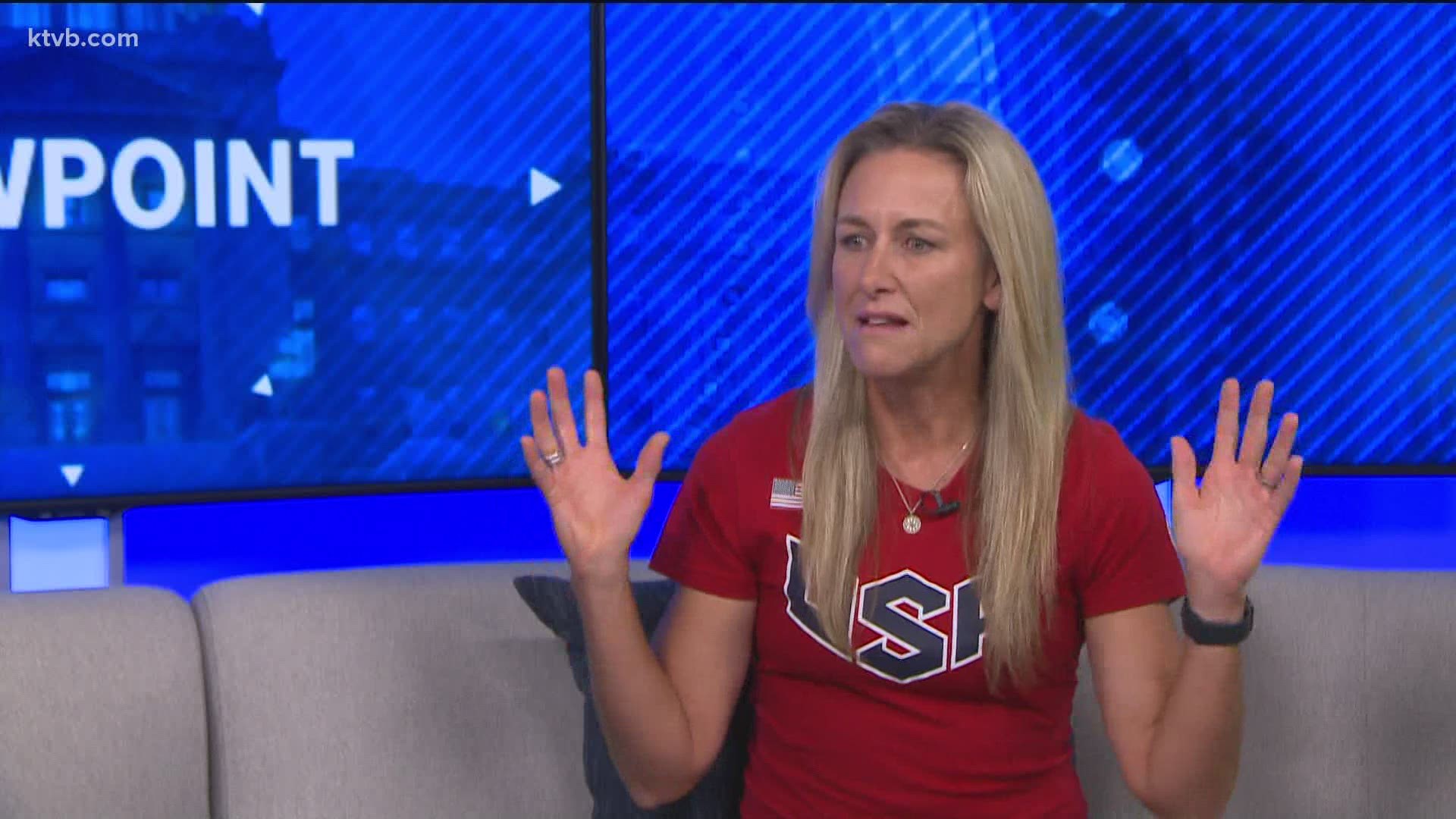 One Boisean doesn't need to imagine it. Kristin Armstrong lived it four times.

After finishing eighth in Athens, she won gold medals in the cycling time trial in Beijing in 2008, London in 2012 and Rio in 2016.

She made history in Rio when she became the first female athlete to win gold in the same individual event in three Olympic summer games. She retired from competitive cycling after Rio.

For this week's Viewpoint, Doug Petcash talked with Kristin about her Olympic experiences, including taking part in several opening ceremonies.

Kristin Armstrong: When you get there, you know that you've made it, that you're an Olympian, but not until your country is called out and you walk out with thousands of people, and it's like Team USA, and I'm not kidding you, you are so proud to represent your nation. In the competition that you're about to have in the next several days or weeks, it's almost like out of mind. You are just there in the moment celebrating that you are representing Team USA.

Doug Petcash: Looking back, what's your favorite moment from your gold medal-winning experiences?

Kristin Armstrong: There are so many favorite moments, but I really can't dismiss, it has to be London in 2012. I have Lucas on the podium with me. At the time I didn't even realize you couldn't have your child. That was like completely against all rules. There are a lot of rules when it comes to the podium. Lucas ran to me. I was told no. He ran to me, and that photo went viral. I was like, why did it go viral? Isn't this normal. Well, I found out it wasn't normal. It wasn't part of protocol.

Doug Petcash: See, you made history by winning three gold medals in three separate Olympics and by being the only person to have their child on the podium.

Kristin Armstrong: And I didn't know why. I was so confused.

You can watch the full interview with Kristin on Viewpoint. It's airing at a special time this week. Friday at 3:30 p.m. Kristin talks more about achieving excellence three times in her Olympic career, the COVID-affected Tokyo games and the competitions she'll be watching closely.

Viewpoint leads right into our live newscasts at JUMP in downtown Boise at 4 and 5 p.m. Jack's Urban Meeting Place is hosting a huge Olympics event from 4 p.m. to 7 p.m. on Friday. Olympic fans can watch the opening ceremony on the big screen. The event is free for all attendees.