Northwest Nazarene University's women's basketball team recently returned from Cuba, where they competed against the U23 national champions. 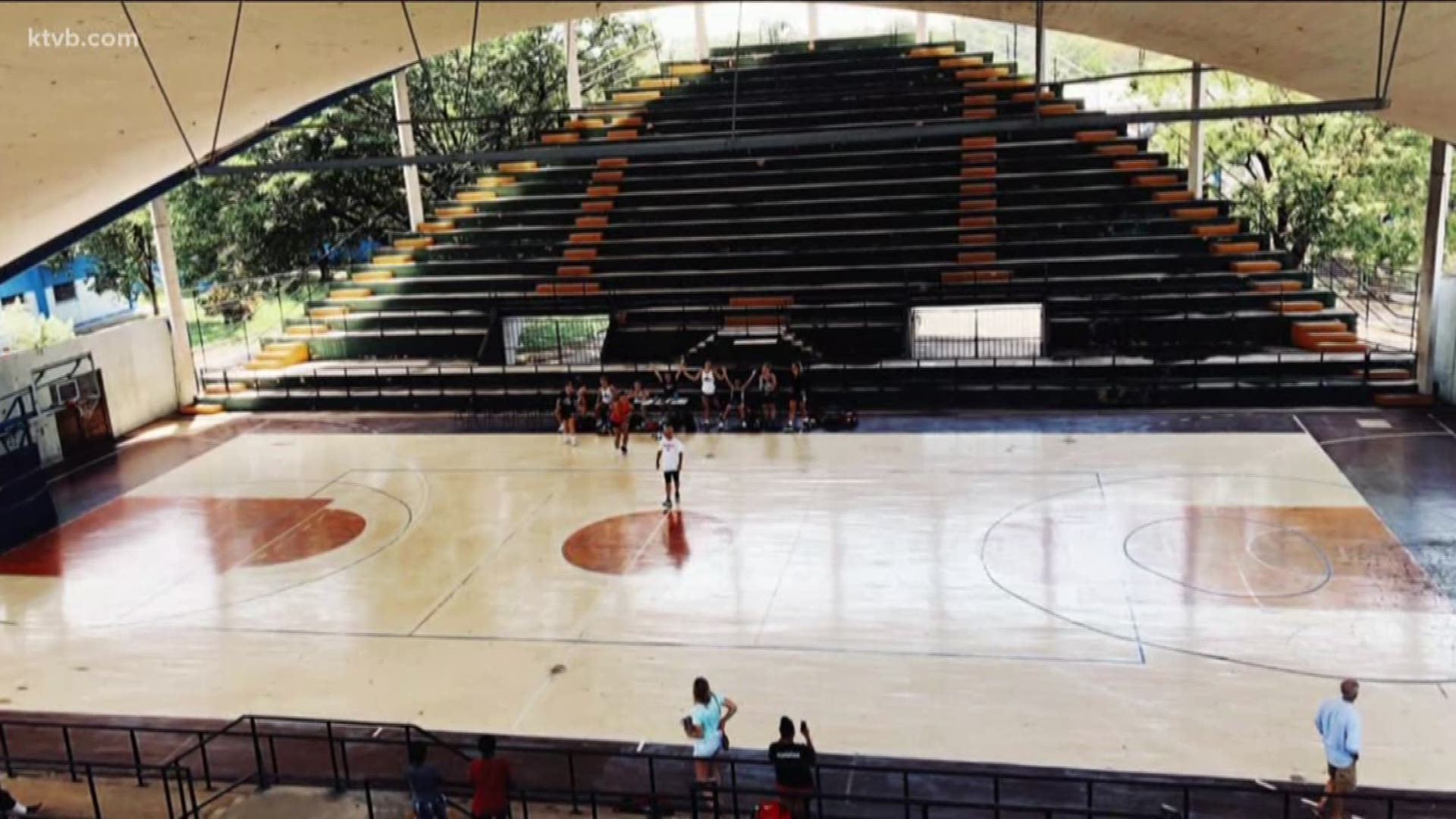 The team of 12 women and two coaches went to Cuba as part of an international touring program the NCAA allows the school to compete in during the month of August every four years.

This year, the team chose to go to Cuba and the team had all their Visas and paperwork completed before President Trump enforced tighter restrictions for Americans traveling to Cuba.

When the team arrived to play the U23 (Under 23) Cuban National Champions, the NNU players were a little intimidated.

The Cuban team wasn't the only challenge for NNU.

“It was definitely different. It was a harder environment than what we would be playing here because the court was an indoor-outdoor type of scenario," sophomore shooting guard Erin Jenkins explained. "Like you would shoot the ball and you can see palm trees.”

The court was partially outdoors so the girls played in 90-degree temperatures and humidity, rather than an air-conditioned gym.

The basketball court itself also presented some challenges because it was old and fairly rundown.

“Our courts, they’re very together, polished, smooth," Gall said. "But their courts were just individual boards put together and if you were to hit a board wrong, the ball goes wonky and you would have to adjust to it.”

The team's head coach, Steve Steele, said it was definitely something his team wasn't used to.

“There were a couple times during the game where we had to stop the game and fix floorboards and panels that were coming up," he said. "There were patches that were different colors than the rest of the floor.”

According to the team, Cuba was lacking in equipment - even proper basketballs.

“A lot of things that we consider needs here, they consider luxuries,” Steele said.

After playing their second game against the Cuban team, the NNU players made a spontaneous decision.

“We ended up giving them our shoes, some backpacks, clipboard, basketballs. Just seeing their faces light up with joy was an incredible experience,” McKenna Emerson, a redshirt freshman guard, said.

Coach Steele said the trip was about more than just basketball. It was a chance for the players to get to know each other and build team unity, especially with several new players and underclassmen on the team this year.

“We got to really know each other and spend a lot of time together," he said. "In Cuba, there’s no internet access everywhere you go. I think here in the states we’re glued to our phones a lot whereas in Cuba, you can use your phones to take pictures but you’re not calling people or texting and so we really got to spend a lot of time with each other, having real conversations, seeing the sights.”

The team said overall, it was an amazing experience.

“My first college game was in Cuba," Gall said. "Who gets to say that?”