Every year the top paddlers in the world come to the Payette River's North Fork for a three-day event. And to some, the experience is all they need to be satisfied. 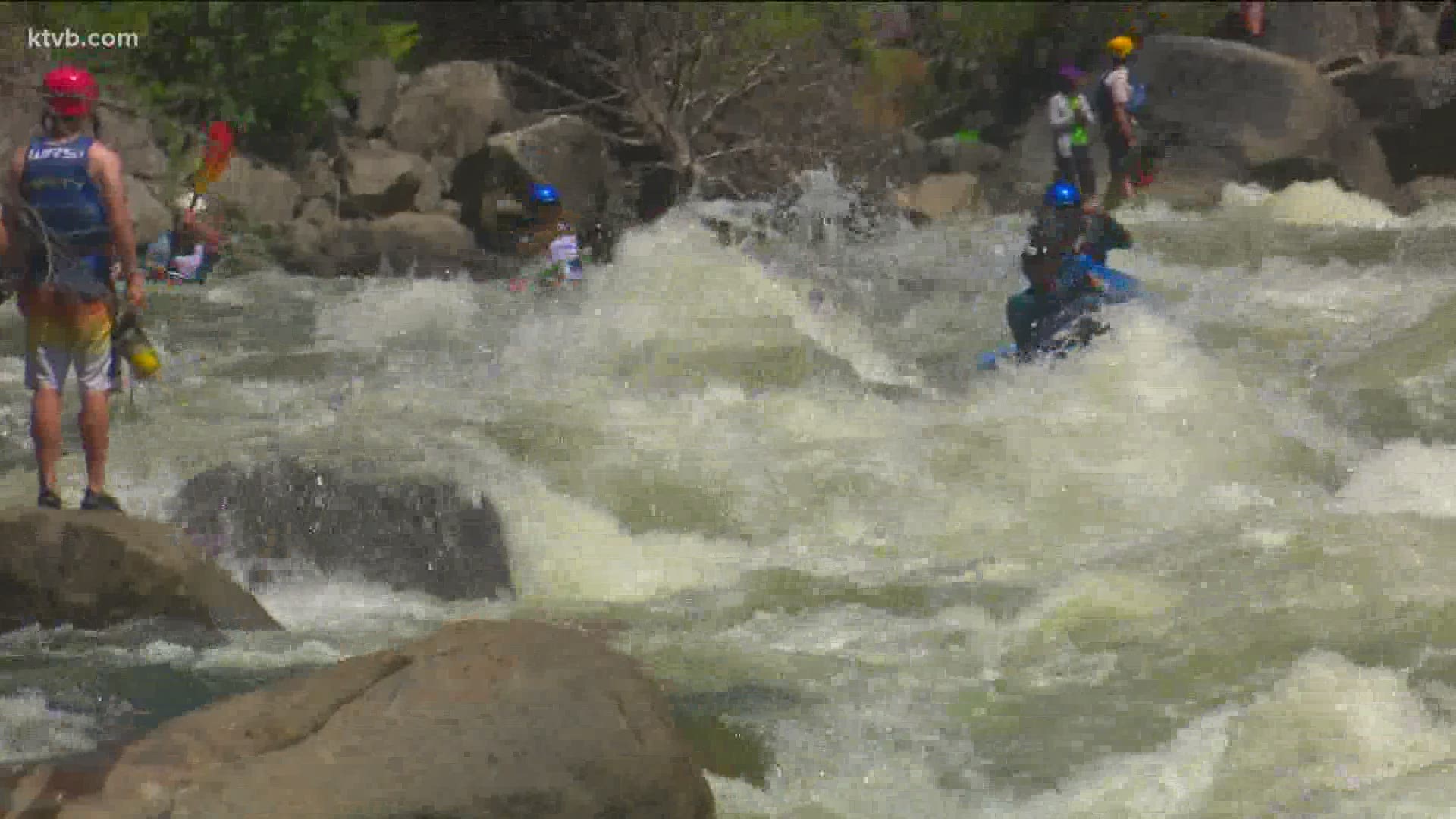 BANKS, IDAHO, Idaho — The top competitive Kayakers in the world are dropping into the Payette River this weekend for the North Forks Championship, one of the premier events in white water kayaking.

Once you make the trip up Highway 55 and immerse yourself within the culture of the competitors, you realize they’re a lot less interested in the prize – a $17,000 purse – and more interest in the fun.

For honorary Idahoan Sage Donnelly, the weekend is a homecoming of sorts.

“I've spent a lot of summer here. I think the first time I ran the North Fork I was 11,” Donnelly said.

Donnelly is originally from Carson City, Nevada but had her love for paddling carved by the North Fork’s curves.

“It’s a pretty magical feeling,” she said. “It feels like another home to me.”

This weekend marks Donnelly's first time competing in the North Fork Championship, and she’s sharing the moment with her fellow competitors. However, it’s a crew better described as a family.

“There's a lot of camaraderie here. It feels like I'm coming back and seeing my family,” Donnelly said. “It's a small sport so it's a really close-knit community. It's really special.”

Donnelly is a member of Team USA and a previous freestyle world champion.

“Coming back to it has been really sweet and special,” Donnelly said. “You can be paddling down the river and your buddy just turns around and smiles at you and you know exactly what they're feeling.”