'No such thing as a fierce fish': Seattle mayor pitches NHL team name

It's pretty clear at this point what Seattle Mayor Jenny Durkan thinks the city's new NHL team should be named. 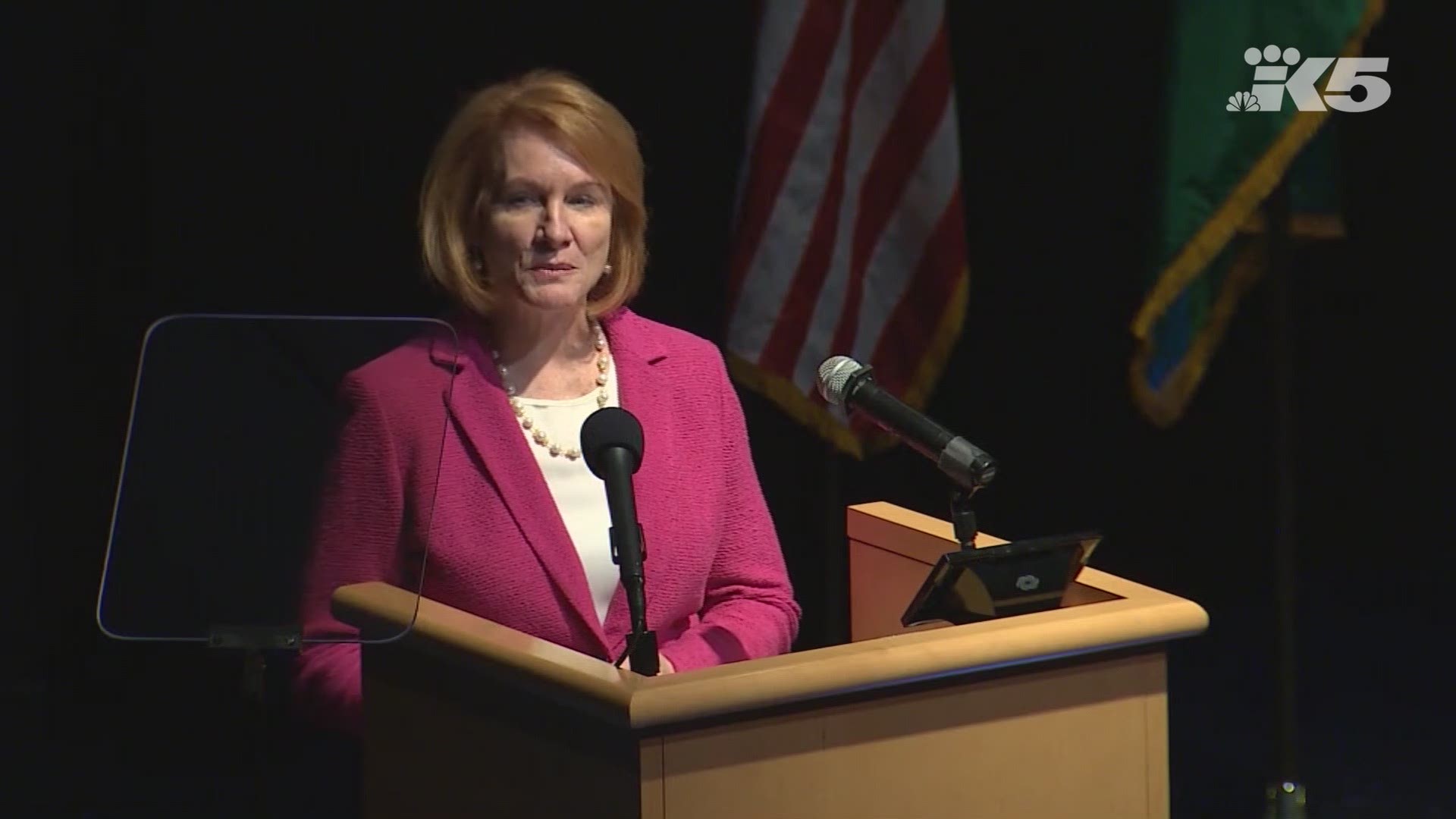 Seattle Mayor Jenny Durkan made her feelings toward an NHL team name known during her State of the City address at North Seattle College on Tuesday.

"The new home of hockey in Seattle - the Kraken. There is no such thing as a fierce fish," she quipped while discussing the college's proximity to the team's future training facility and headquarters at the Northgate Mall site.

North Seattle College is located on the west side of I-5, opposite of Northgate Mall. A pedestrian bridge will connect the college with the transforming site and future light rail station. Construction on the bridge is expected to begin this spring.

A team name for Seattle's NHL expansion team has yet to be decided - or at least announced. Of course, a number of ideas have been publicly floated.

Back in August Durkan joined in on the conversation, tweeting out a poll that asked what users thought the team name should be.

Out of those, "other" received 39 percent of the 4,061 votes, while Metropolitans received 26 percent, Sockeye with 20 percent, and Orcas with 15 percent.

Shortly after the NHL awarded Seattle the franchise, Durkan noted how she was leaning toward a team name.

"I kind of like the Krakens because it's like a sea creature that is strong," she told NPR.

Durkan's choice for a team name contradicts what an extensive - unofficial - selection process by The Seattle Times ended up with. The "Seattle Sockeyes" wound up being the winning name after four rounds of voting and nearly 150,000 votes.