Just a year and a half ago, Hughes was playing club hockey for the Spokane Braves. 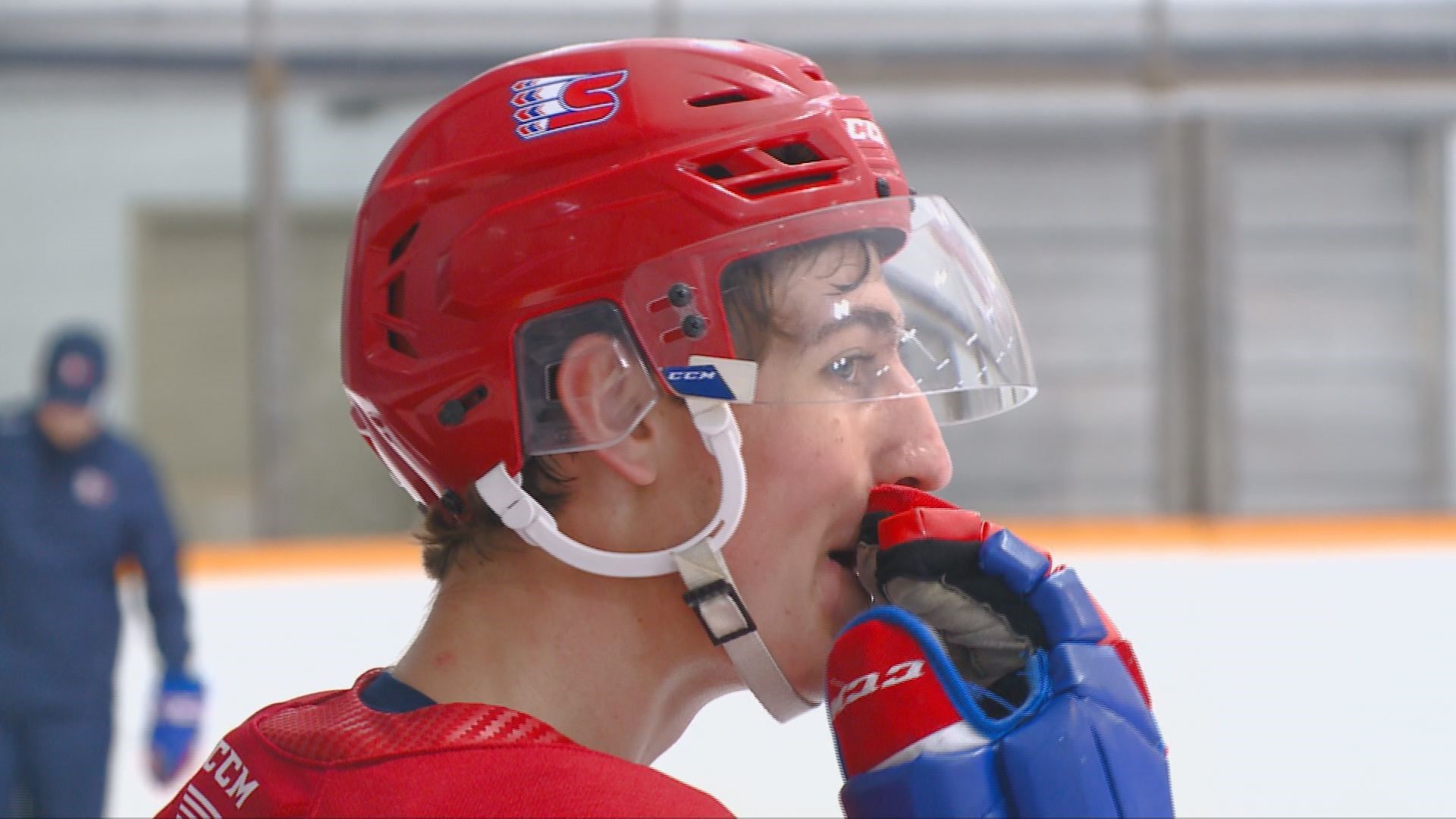 POST FALLS, Idaho — Bear Hughes is quite a story.

A year and a half ago, he was playing hockey at the club level in Spokane. Wednesday he heard his name called during the NHL Draft.

The Washington Capitals drafted Hughes with the 148th pick in the fifth round on Wednesday afternoon.

"I actually had just skated at the rink in Coeur d'Alene and then I was hanging out with a friend. All the sudden my phone just started going off with texts and a couple minutes later I got a call from a guy in Washington," Hughes said of the moment he got drafted.

Hughes signed with the Chiefs in January of 2019 and got called up to the squad in March.

He was so much of an unknown that he was not rated by the NHL's scouting service coming into this season.

"It's definitely not a very common path to take to the NHL, not playing the most competitive hockey for a lot of my youth years," reflected Hughes on his journey. "It's kind of weird for everyone, even myself, but all I want to do right now is complete the task and make the NHL."

If Hughes does make the NHL, he'd be the first Idahoan to do it since the 1957-1958 season. Only two Idaho natives have ever played in the NHL.

Bear becomes the fourth player in recent history from this area to get a shot in the NHL. Kailer Yamamoto, Derek Ryan, and Tyler Johnson make up that group.

"I think the biggest things is that I want to take after their example as far as being committed to the community," Bear said of the trio. "They're always helping out with local things. They're really involved and shows they really care about Spokane and Coeur d'Alene."

Hughes was first put on the Chiefs' radar by Johnson, who won a Stanley Cup just a few weeks ago. He noticed Bear during off season workouts.

"He definitely got my name out there to them. Obviously, since he's an NHL player I think they listened a little bit, invited me to camp, put me on their radar a little bit, so I think I owe him a lot for helping me get there," said Hughes of Johnson.

"I played in the league and I saw the guys that came in, the kids that played, and truthfully I just thought he was better than a lot of the players I played with and against," Johnson said to KREM a few months ago.

Hughes' rookie campaign this past season included being awarded the WHL's Rookie of the Month award in November. During that stretch he had 12 points overall, five of which were goals and seven of which were assists.

Overall, the 6'1 forward scored 16 goals and added 31 assists in 61 games this past season. He finished seventh among all WHL rookies in points, ninth in goals, tied for fourth in assists, and fifth in shots on goal.

Hughes was the second Spokane Chiefs drafted on Wednesday. Jack Finley was drafted in the second round with the 57th pick, ironically, to Tyler Johnson's current squad, the Tampa Bay Lightning.