At 10 years old, Rypien's Pop Warner coach entrusted Brett with something many college coaches don't allow their quarterbacks to do. 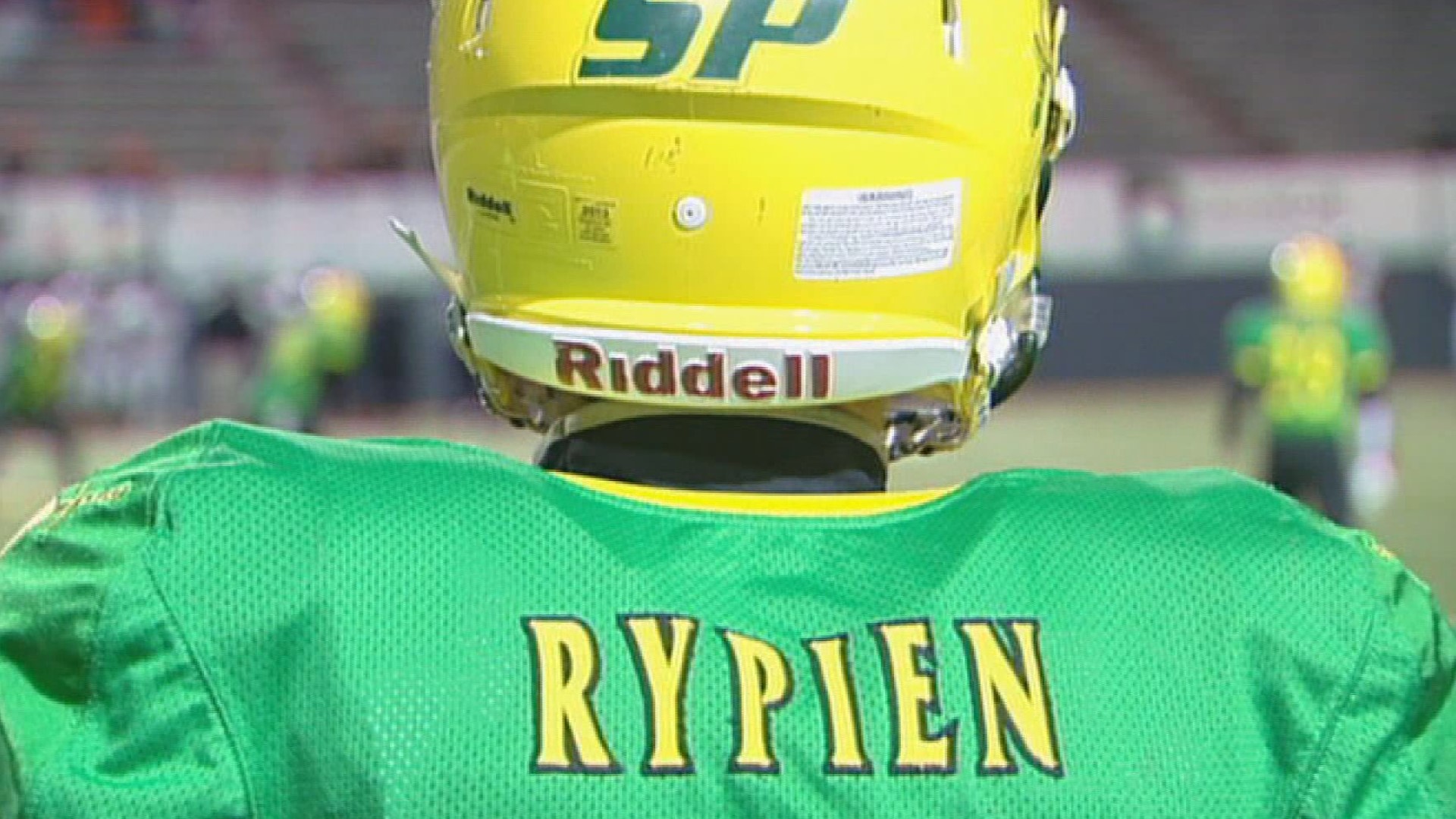 SPOKANE, Wash. — Normally, quarterbacks who make it to the NFL are special even at a young age.

However, the way Spokane native Brett Rypien was special as a youngster was different than most.

"It wasn't his arm strength because he had an average arm at 10 and 11. It wasn't his speed because he's not the fastest guy on the team. It wasn't his size because he had the same size as most of the other players," recalled his Pop Warner head coach Grant Alford. "But when you would quiz him about certain things and his intelligence, that's when you'd realize you were dealing with almost a savant on the football field."

Rypien's biggest play of the game though was easily this block. Leads to the game-sealing touchdown. https://t.co/6jPJDHjVkq

Because of his knowledge, Alford decided to he was going to hand over something to Brett that most college coaches don't even entrust to their quarterbacks.

"I remember going over to Brett's house because I wanted to talk to him real quick, remember he's only ten, his parents were in the room. I said, 'Okay, tomorrow when we play our game in the second half, you're going to call the game.' His eyes got real big, like what do you mean? I said, 'I think you're smart enough to do it. I want you to call the game like you're a coach. I'll give you a couple plays to choose from, call the play you think is there, and run it,'" said Alford.

Brett's intelligence went as far as being able to dissect defenses at 10 years old. Alford only watched it grow as he kept coaching Brett all the way through high school.

"That's why Brett is playing in the NFL and that's why Brett has stuck around. Even though all the measurables may not be there, his intelligence is off the charts," said Alford.