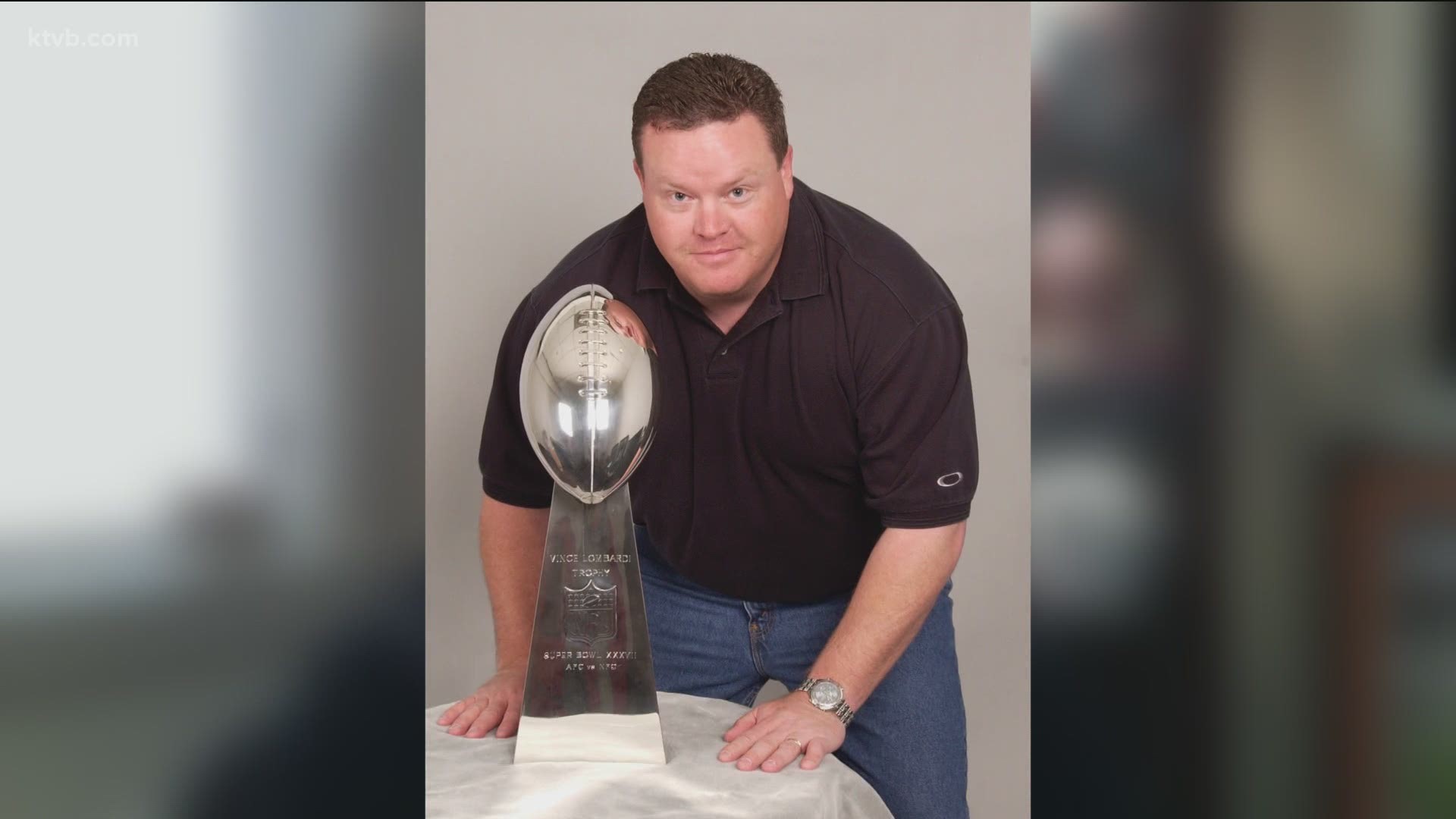 BOISE, Idaho — Michael Christianson, the former offensive line coach for the Tampa Bay Buccaneers, helped coach the team to Super Bowl XXXVII in 2003. Nearly two decades later, the Bucs are finally back in the Super Bowl and now the Idahoan looks back on Tampa Bay's last championship.

“It was pretty surreal, that’s for sure. I mean I didn’t really expect it to happen in my first year in the NFL after coaching in college for a number of years and having that kind of opportunity,” Christianson said. “There’s an old adage that defense wins championships, and that was definitely the case for us. It was a whirlwind. That was actually a year that the Bucs didn’t have a bye week, so we went right from the NFC Championship to the Super Bowl which made it even more surreal.”

Christianson says some of his fondest memories include hugging his family after the 2003 Super Bowl win and holding the Vince Lombardi Trophy.

“It’s just a big hunk of silver… the coaches' names are etched on the trophy along with the ownership, so that’s sitting in Canton, Ohio and that’s pretty cool,” the former coach said. “Whenever I see that thing, it gives me goosebumps and little of chills.”

Christianson said working with Jon Gruden, the Buccaneers' head coach from 2002 to 2008, is a serious guy who likes to work.

“The first day we got there as a staff, I showed up at 6 o'clock in the morning. I beat everybody else except for him, and he was in my office waiting for me and asked why I wasn’t there at 4:30 when he was there,” Christianson said. “So I learned real quick that I needed to be around him as much as possible and learn as much football as I could.”

Christianson said that after 17 years, the Tampa Bay defense still sticks out to him.

“It’s better to be lucky than to be good, and we had a phenomenal defense that stayed healthy with Derrick Brooks, Warren Sapp, and Simeon Rice – guys like that on defense,” he said. “When you’re plus 13 in the turnover margin, you’re going to have success. And that was it for us.”

The former Bucs coach said he’s a little jealous that this year’s team gets to play a Super Bowl in their home stadium, but notes he will still be rooting from afar.

“I’m going to root for the Bucs, but in the end, I’m just hoping for a good game. You’re talking about a guy who’s 43 years old in Tom Brady and leading another team to a Super Bowl and a chance to win it. I can’t even count how many he’s won, and then you’ve got the young upstart,” Christianson said. “For me, the big storyline is going to be these two quarterbacks and how they play against each other and who rises to the top.”

He has been retired for 8 years now, loving life in the Treasure Valley, but said he gets the occasional call for coaching jobs, and he might think about taking one soon.