'We were just awestruck': NFL great Jerry Kramer remembers what it was like to play in the first Super Bowl

Few at the time could have predicted that the Super Bowl would become the biggest sporting event in the nation, including the NFL Hall of Famer from Idaho. 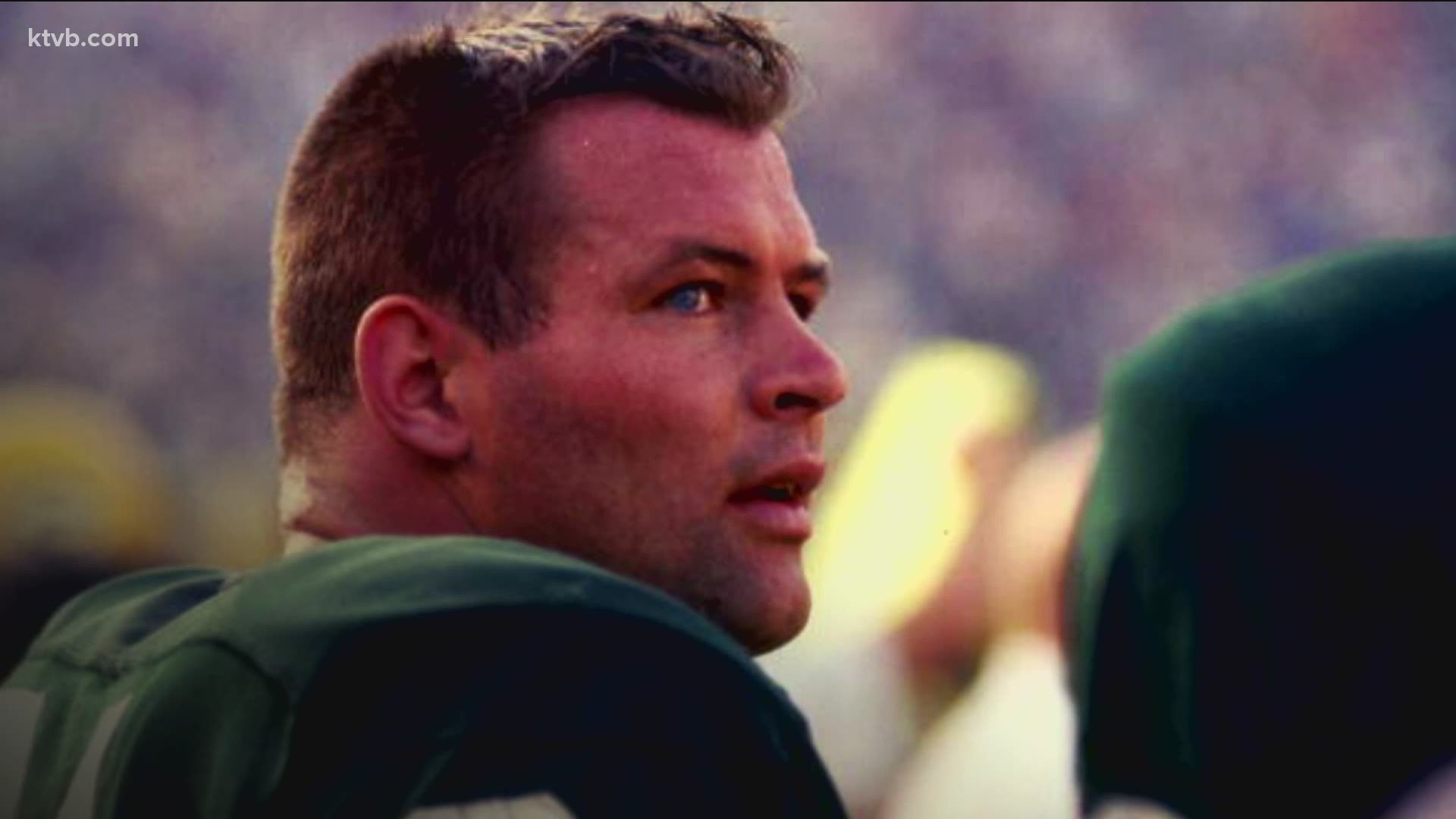 BOISE, Idaho — Over the last half-century, the Super Bowl has become the most-viewed annual sporting event in the United States.

Televised in over 200 countries, the event is truly a spectacle that draws in viewers for not only the game itself but for the entertainment surrounding it as well.

From eye-popping half-time shows to the commercials - which cost advertisers about $5.5 million for a 30-second spot - there is something for just about everyone.

Given the popularity of today's Super Bowl, it may come as a surprise that there weren't high expectations for the very first Super Bowl.

At the time, it was called the AFL-NFL World Championship Game. Played on January 15, 1967 at the Los Angeles Memorial Coliseum, the game featured the vaunted Green Bay Packers of the NFL and the Kansas City Chiefs of the upstart AFL.

NFL Hall of Famer Jerry Kramer remembers it well. The former University of Idaho Vandal who now lives in Boise was an offensive lineman for the Packers during the heralded Vince Lombardi era.

"We weren't quite ready for the media and that size of a crowd at that Super Bowl," Kramer said.

It was Hollywood with all of the glitz and glam - custom made for the big screen.

"The Coliseum in LA resembled an ancient Roman coliseum and there were astronauts with [jet] packs... and they are flying around the stadium," he recalled. "It was overwhelming and we were just awestruck and there were so many places to look that you couldn't capture everything."

It was a game that placed the pressure squarely on the backs of the Packers who carried the reputation of the 60-year-old NFL against the Johnny-come-latelies of the AFL who were poised to prove they deserved a seat at the professional football table.

It was something the perennial NFL champions weren't about to allow.

"Coach Lombardi felt the pressure more than we did," Kramer said. "We had won championships so we were mature and we were confident. And we were looking at the Kansas City Chiefs like maybe they were a high school team or a college team, you know?"

The Packers led by only four points at halftime, and in the Kansas City locker room, there was an optimistic feeling that trailing only 14-10, the unlikely could happen.

Meanwhile in the Packers locker room, the team "sobered up," according to Kramer.

"We kinda played a semi-sloppy game in the first half and at halftime, we came in and got sobered up a little bit and we understood who they were - a pretty darned good football team - so we played a different game in the second half," he said. "We came out and really took care of business."

The Packers, behind a defense that shut out the Chiefs in the second half and MVP quarterback Bart Starr, won 35-10.

The players earning the winning share of $15,000 per player and the first NFL-AFL Championship ring.

RELATED: The story behind Jerry Kramer's lost Super Bowl ring: 'It was quite incredible that it ever came back'

The game was renamed the Super Bowl the next year, kicking off a tradition unlike any other in sports.

Sadly, fewer than half of the starting 22 players on that day for the Packers are still alive. Greats like Elijah Pitts, Bart Starr, Jim Taylor, Forrest Gregg, Willie Davis, and so many others have recently passed on, leaving behind memories that Jerry Kramer is making sure will never be forgotten by this or future generations.

"More gone than remain, it's like losing a family," he said. "You get awfully tight and close with the environment of the fire on Sunday. Now it's like losing the family, bit by bit. Pretty painful really."

The Super Bowl became a yearly calendar event for the man who was born in Jordan, Montana and raised in Sandpoint, Idaho.

Following his NFL career, Kramer represented dozens of corporations and organizations over the decades that have paid him to pitch their products on what's known as "media row" - an area where dozens of radio, TV and internet organizations from around the country and world set up to broadcast on Super Bowl week.

Ten years ago, he took his family to Super Bowl XLV (45) in Dallas - the last time the Packers were there - and found out ticket prices for the big game had gone up slightly from the $10-per-ticket they sold for in that first one.

"Ended up with nine of us going to the game and the tickets ended up costing a little over $10,000 so we didn't take the kids to a whole lot of games," he said with a laugh.

This year's Super Bowl - between the Chiefs and Tampa Bay Buccaneers - will be the first one he's missed in over 25 years.

"Its time for me to back out and watch," Kramer said.

So, when he watches this weekend's Super Bowl, thoughts for this now-85-year-old NFL Hall of Famer from the University of Idaho will no doubt go back to that very first game.

And the history that he helped shape all those years ago.

"It's such an overwhelming event," he said. "All around the world, people are watching the game.

"It's kind of a phenomenon," he added. "I think to quantify it and explain it and define it is a very difficult task. I just say it's a wonderful event and great American tradition and it's been a kick in the pants for me to be a part of it."