The former Boise State star made his first NFL-career start against the Jets in a Thursday night matchup on the NFL Network. Catch up with our live blog. 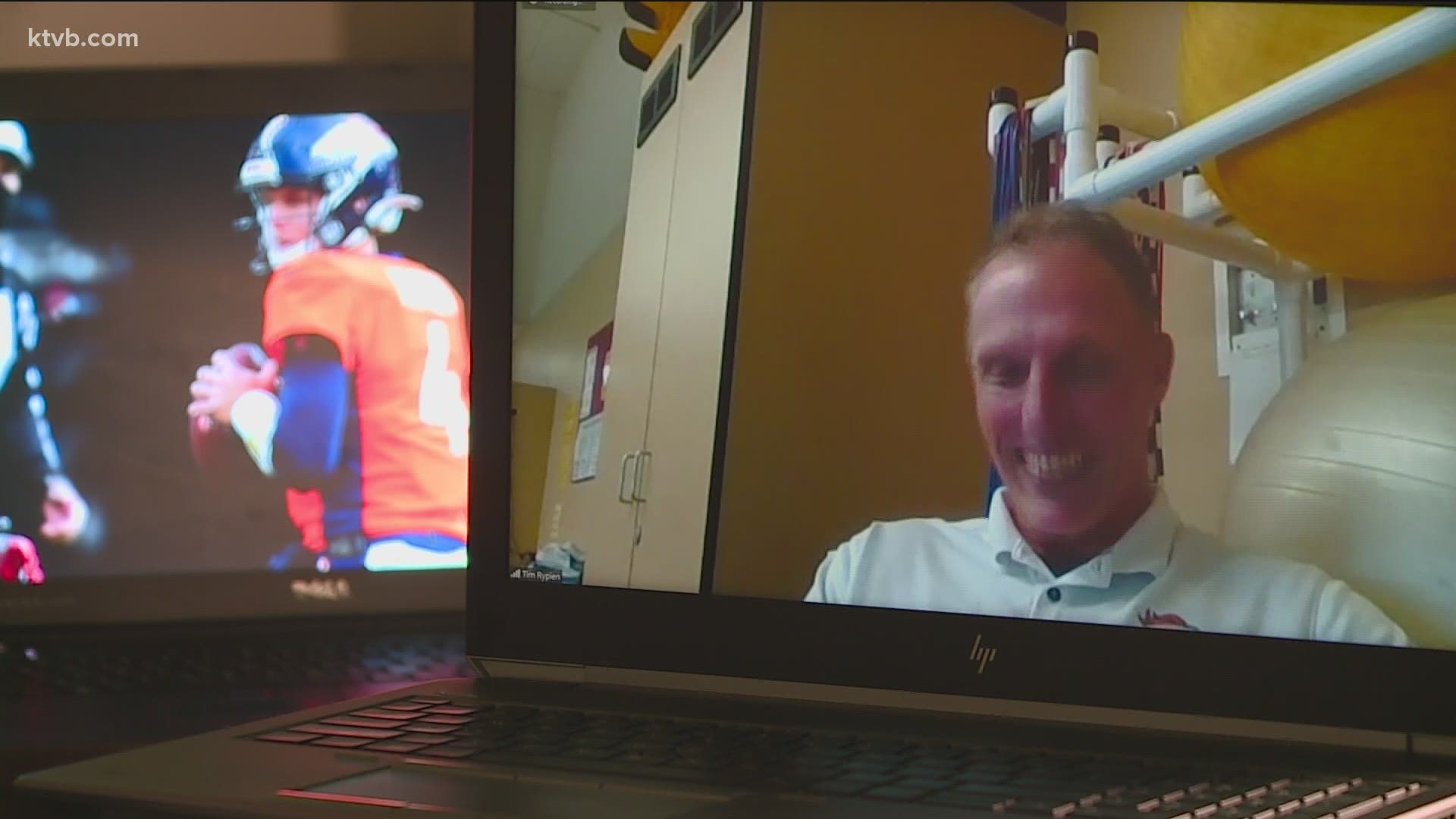 The Broncos entered this week four matchup against the New York Jets 0-3, no thanks to losing quarterback Drew Lock to injury and less than stellar play from backup Jeff Driskel in weeks two and three.

Against the Jets, the Boise State product had a mixed bag of a game. Rypien threw two touchdowns and 242 yards and went 19 of 31 passing. But he also threw three interceptions, two of which came in the fourth quarter. Pierre Desir on the Jets also intercepted one of those passes for a touchdown with 10:45 left in the game.

Rypien did throw some dimes to rookie wide receiver Jerry Jeudy - a 48-yard touchdown pass in the second quarter and a 40-yard throw later that quarter. He also got a key block in that helped running back Melvin Gordon scamper to a 43-yeard touchdown in the final two minutes.

To catch up with the game, use the live game blog with tweets from KTVB Sports Director Jay Tust and from the official Denver Broncos Twitter account.

Bronco head coach Vic Fangio didn't commit to Rypien as the starter until Drew Lock returns from injury, according to ESPN.

"I mean, yeah, we have some extra days here to think about it," Fangio said. "[We'll] take a look at the tape thoroughly, analyze it and go with what we think is best."

According to ESPN, Rypien was told by head coach Vic Fangio that he would be the starter against the Jets on Monday and made the announcement to the team on Tuesday.

Rypien took over for Driskell in the fourth quarter in the Broncos' loss to Tom Brady and the Tampa Bay Buccaneers.

When taking over for Driskel against Tampa Bay, Rypien was 8-of-9 for 53 yards with an interception.