The end of the professional and college football season is right around the corner, but fear not football fans, the Idaho Horsemen are ready to make a big hit this spring. 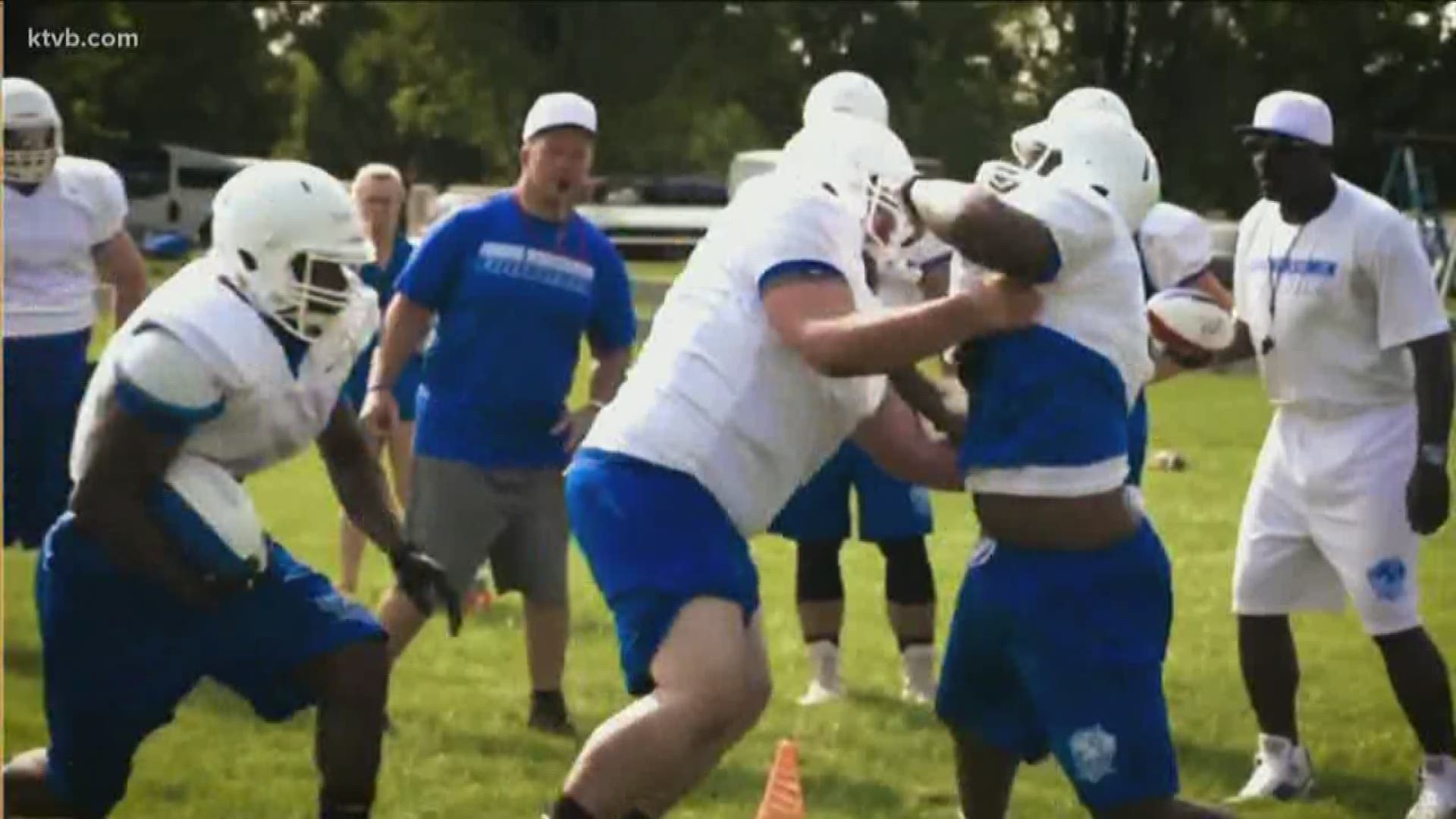 The professional football season now no longer ends after the NFL's Super Bowl in February, thanks to the Idaho Horsemen, a new indoor football team that will give football fans a new way to get their sports fix.

The Horsemen are part of a new indoor football league, which will have teams be based in the west and the Pacific Northwest.

The American West Football Conference will have teams in Nampa, Reno, Nev., Sacramento, Wenatchee and the Tri-Cities in Washington.

The league will follow rules similar to outdoor football and will be 8-on-8 play. 29 players have signed contracts with the team, but only 21 will be on the active roster after training camp.

The formation of the league started when the Horsemen's owner and head coach started talking with his friends about starting a league of their own over a year ago.

"New league, first-year league. A group of buddies of mine simply got together and created the league in that we're just trying to cut down on travel," Chirs Reynolds said.

Reynolds had the chance to join a similar league that was based in the Midwest and down south, but travel costs proved too costly to do.

Team owners focused on ensuring that the league will be financially stable, avoiding mistakes by other arena or indoor football leagues have made.

"We want to build financially-stable teams and keep it regionally so every team can survive and that's probably the problem with former teams is because they were traveling so much back east and it hurts," Reynolds, said.

The team already started selling tickets last February and Reynolds says the community is what is backing the team.

Reynolds is hoping to offer affordable entertainment to the cities that teams will call home, with tickets as low as $12. Each home game will try to create a Live after 5 type experience with tailgaters.

"We want to make it more than just football, we love football, but if you don't like football, we want you to come to the game and enjoy yourself," Reynolds said. "So anyone in the community can be part of this. We just want a community-based team and have everyone feel a part of it."

The team will be made of local players and some from across the country that contacted them to be a part of it, including players from Boise State, College of Idaho, and the University of Idaho.

"So they're also actually helping build the team too, so our team is a little different from other teams, where these guys want to have the team here too," Reynolds said. "They're doing all that they can do to make it happen."

When the players take the field, they won't be seeing big contracts to play. All of them will need full-time jobs to get by. That's why Reynolds is teaming up with local businesses and restaurants to help his players eat and pay their bills.

The team is also looking for 10 to 11 host families that will offer a place to live for some of the players.