The Bronco defense held Troy to 207 yards of offense as Boise State won its home opener for the 16th year in a row. 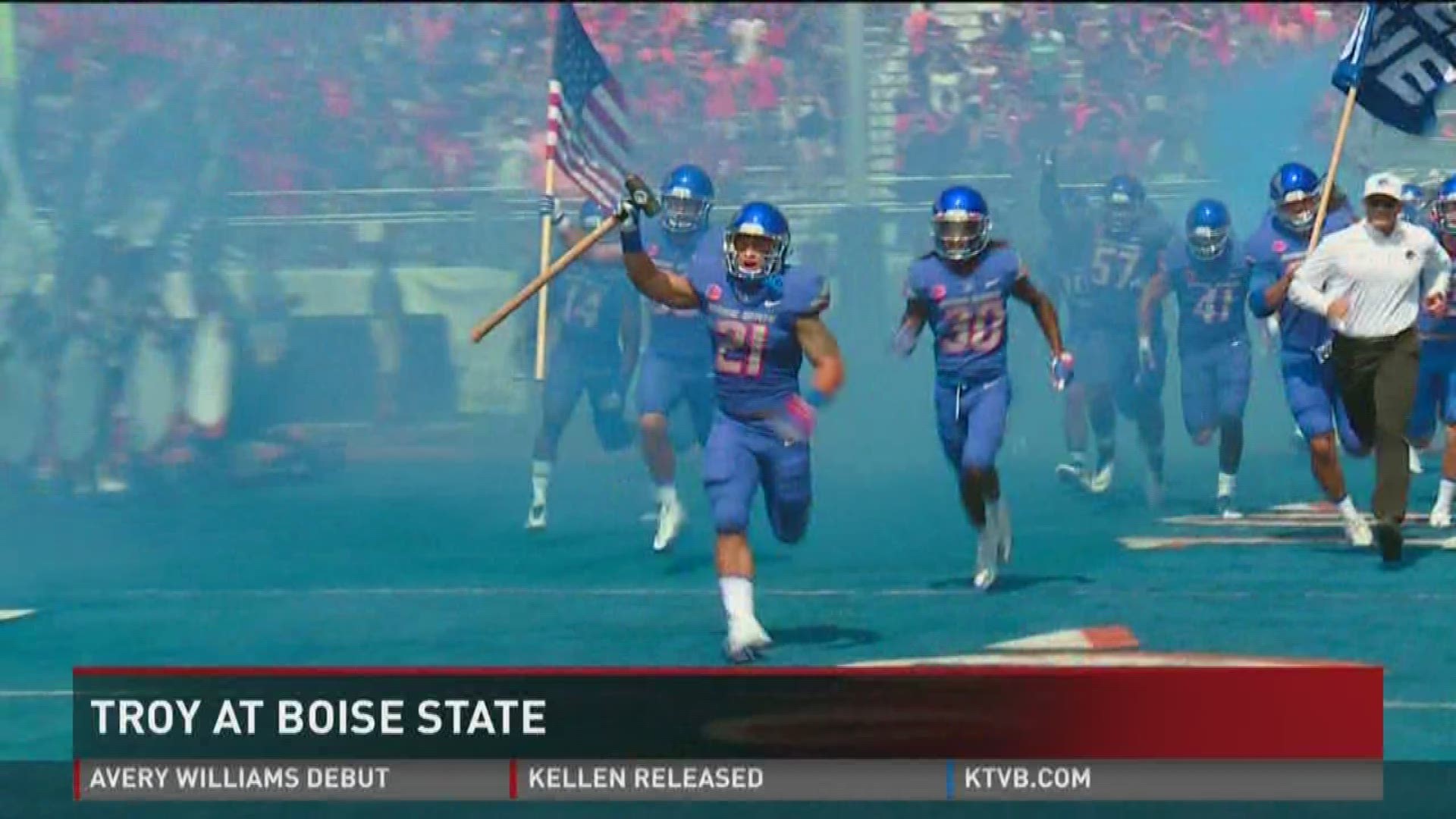 BOISE - Boise State leaned heavily on its defense and some dazzling kick returns by freshman Avery Williams to hold off Troy 24-13 on Saturday in the season opener for both football teams.

Williams, who walked on last season and earned a scholarship during fall camp, scored an 81-yard touchdown on his first touch. On Troy's first punt of the game, Williams broke two tackles and stiff-armed a third before racing untouched the rest of the way. Williams finished with 172 kick return yards.

With the victory, the Broncos avoided their first loss in a home opener since falling to Washington State 41-20 in 2001.

Boise State's offense sputtered most of the afternoon, but it didn't matter much due to the Broncos' smothering defense.

Troy mustered only 207 yards, the Trojans' lowest offensive output since amassing 186 in a 62-7 loss to Mississippi State in 2013. The Trojans' only touchdown came on a 53-yard interception return by Blace Brown.