The matchup for Super Bowl LII is set, and it is a guarantee that at least one former Boise State football player will win a championship ring this season.

Jay Ajayi #36 of the Philadelphia Eagles runs the ball against the Minnesota Vikings during the fourth quarter in the NFC Championship game at Lincoln Financial Field on January 21, 2018 in Philadelphia, Pennsylvania. (Photo by Al Bello/Getty Images)
Author: Jay Tust
Published: 12:41 PM MST January 22, 2018

BOISE -- The matchup for Super Bowl LII is set, and it is a guarantee that at least one former Boise State football player will win a championship ring this season.

New England linebacker Shea McClellin will make his second straight trip to the Super Bowl with the Patriots, while Philadelphia running back Jay Ajayi will get a chance to participate in the game for the first time in his career.

Although McClellin played a role in the Patriots title run a year ago, he has yet to appear in a game this season. McClellin was placed on the injured reserve list back in September, and is ineligible to play, per NFL rules.

McClellin still has one year left on the three-year deal he signed with New England prior to the 2016 season.

Shea McClellin #58 of the New England Patriots attempts to block a point after try in the second quarter against the Atlanta Falcons during Super Bowl 51 at NRG Stadium on February 5, 2017 in Houston, Texas. (Photo by Jamie Squire/Getty Images)

Ajayi, on the other hand, has been a big part of the Eagles postseason success. After leading Philadelphia with 98 total yards in a 15-10 victory over Atlanta in the Divisional Round of the playoffs, Ajayi racked up a team-high 73 yards rushing on 18 carries in the Eagles' 38-7 win over Minnesota in the NFC Championship Game.

Philadelphia acquired Ajayi in a mid-season trade with Miami. The Eagles are now 8-2 since the trade, and Ajayi is averaging an impressive 5.2 yards per carry. Meanwhile, the Dolphins finished just 2-7, following a 4-3 start with Ajayi in their backfield. 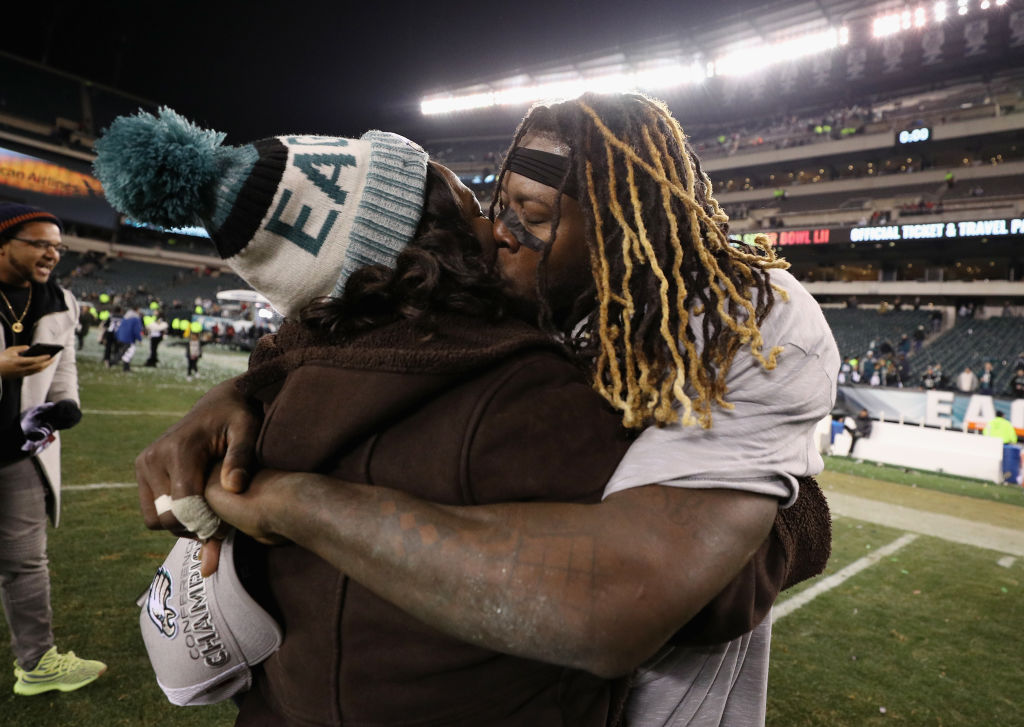 This will be the third straight season a former Bronco has won a Super Bowl. Council-native Matt Paradis along with former first-round draft pick Ryan Clady both hoisted the Lombardi Trophy with the Denver Broncos back in 2016, and McClellin, as previously mentioned, claimed his first Super Bowl ring with the Patriots just last February.

McClellin played for the Broncos during the Kellen Moore Era, which means he went 50-3 during his collegiate career. In 2012, McClellin became the second highest NFL Draft pick in school history when the Chicago Bears selected him 19th overall.

Ajayi had a record-setting career at Boise State, and declared for the NFL Draft following his junior season. Ajayi became the first player in FBS history to record over 1,700 yards rushing and 500 yards receiving in the same season in 2014, the same year he helped lead the Broncos to the program's third Fiesta Bowl win.

You can watch Super Bowl LIII on KTVB. The game will kickoff at 4:30 p.m. MT.

> Played but did not record a tackle

> Played on the offensive line in 31-25 victory