First Responder Bowl officials announced the game between Boise State and Boston College would not resume and won't be made up at a later date. 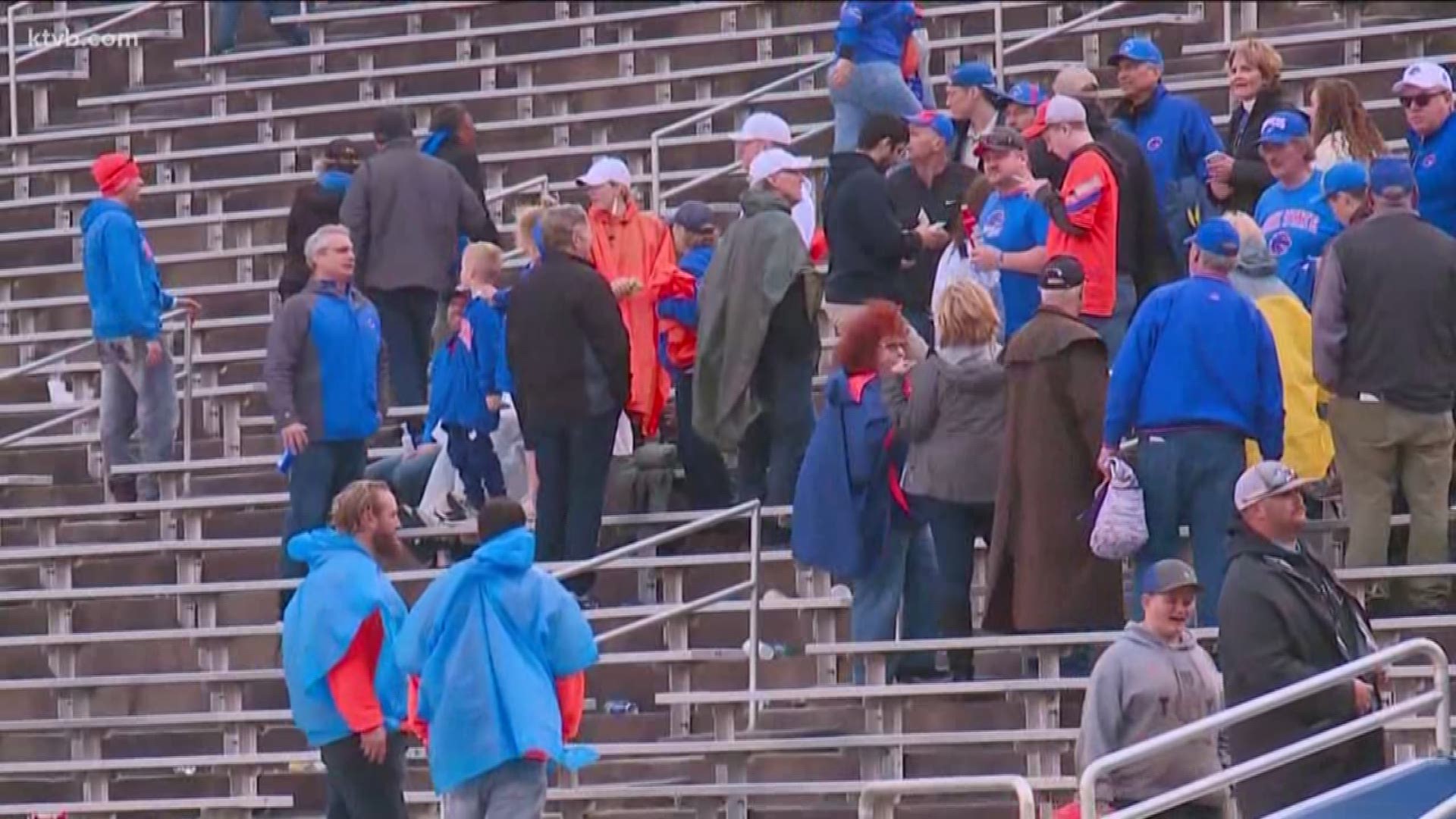 The outcome of the SERVPRO First Responder Bowl ended in a way that no one could have predicted.

Boise State and Boston College made it to the 5:08 mark of the first quarter. The Broncos were set to get the ball back on offense trailing 7-0 when sophomore Avery Williams fielded a punt at the Boise State 14-yard line.

Moments later a lightning strike in the Dallas area prompted a weather delay, and after a one-hour and 25-minute delay, game officials gathered with officials from each school and they called it off altogether.

"The game has officially been ruled a no contest," tweeted the First Responder Bowl.

Boise State offered up further clarification, citing "severe weather" in the Dallas area as the reason, adding that the game will not be made up either.

In addition to that, stats from the game do not count.

This is believed to be the first time in the FBS era a bowl game has been canceled.

"We followed all the protocols," said bowl director Brant Ringler. "And we finally had to come to the decision to cancel the game based on the weather that was forthcoming."

Both head coaches said that canceling the game was the right decision, based on player safety concerns.

"We are all deeply disappointed, but at the end of the day, tough decisions have to be made, and they have to be made in the big picture of things," Boston College coach Steve Addazio said. "And the most important big picture here is player safety."

He added that it was tough to tell his players that the game was over.

"When I went in the locker room and told these guys, it was a difficult conversation," Harsin said. "They're looking at me and I asked them, help me out here guys, because this is a new one, I haven't been through this."

Boise (10-3) was trying for its second straight 11-win season after losing to Fresno State 19-16 in overtime in the Mountain West Conference championship game. The Eagles (7-5) were going for the first eight-win season in six years under coach Steve Addazio.

The First Responder Bowl tweeted Wednesday night that it would give out ticket refunds, or provide tickets to next year's game.