The Broncos will ditch their old alternate orange uniform and move forward with a home white, a road blue, and a black alternative uniform. 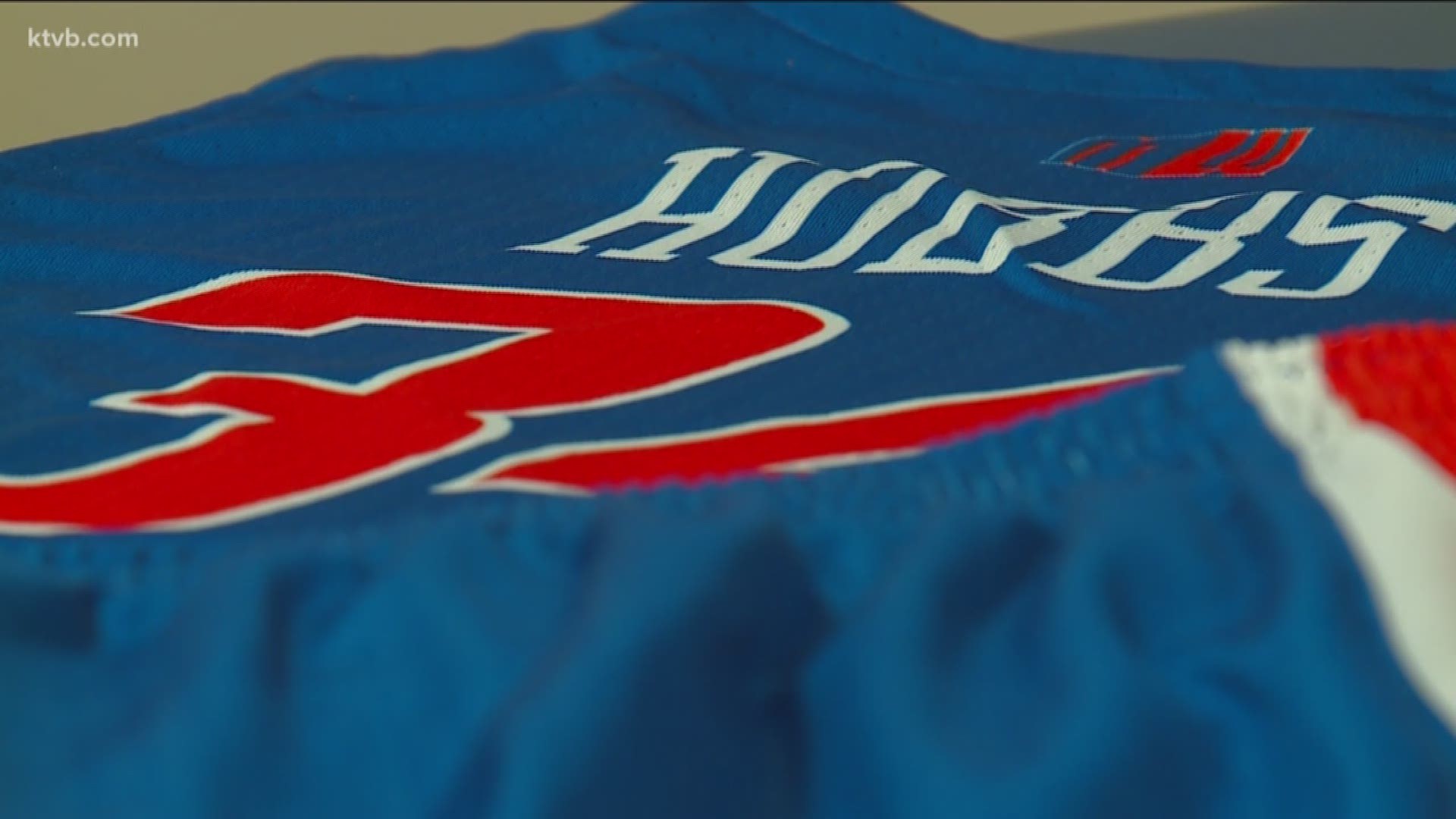 BOISE — The Boise State men's basketball team debuted their new uniforms for the 2018-19 season on Thursday.

The Broncos will ditch their old alternate orange uniform and move forward with a home white, a road blue, and a black alternative uniform.

In the past, each uniform also said “Boise State” on the front. Now only the blue will; the white uniform will have “Broncos” across the chest and the black jersey will have the university’s logo above the numbers.

In addition, the material is lighter and more breathable than what the Broncos wore in the past. The shoulder cut is more narrow too, allowing for increased upper body mobility.

“Overall, the uniform is designed for player functionality while also providing a new but yet traditional look that still embodies state-of-the-art uniform technology that Nike is known for,” stated Boise State in a release.

The Broncos begin the 2018-19 season with an exhibition game at home against Vanguard on Nov. 5.