'We were subpar. That starts with me': WSU's Rolovich reflects on loss to Utah State

Washington State fell in the team's first game of the season 26-23 to a Utah State team who only had one win last season. 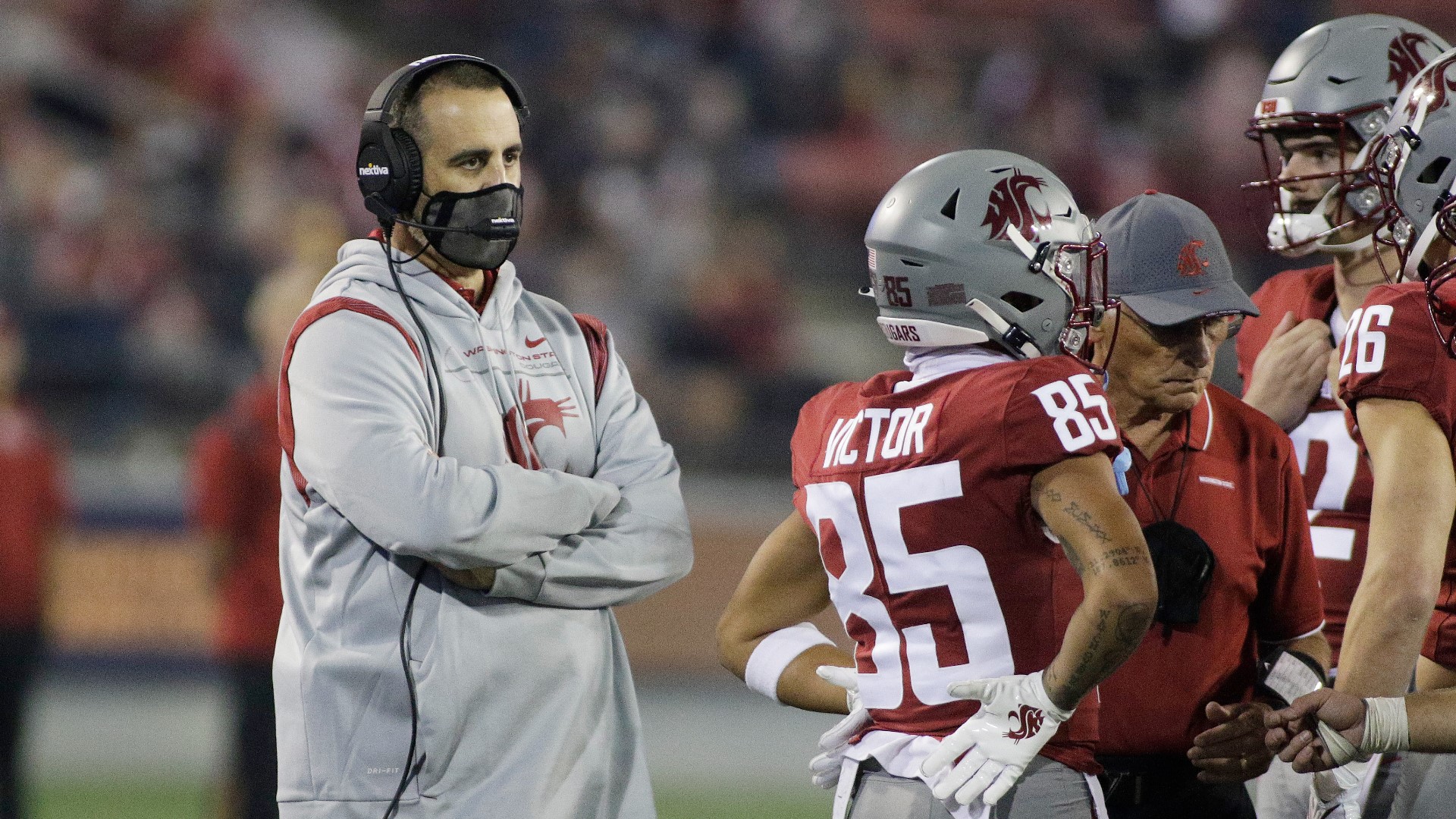 PULLMAN, Wash. — There were a lot of things to talk about at Nick Rolovich's Monday presser as his team fell 26-23 at home on Saturday to a Utah State team that went 1-5 last year.

Rolovich said he accepted responsibility for many of WSU’s offensive shortcomings against Utah State this past weekend.

Perhaps the one that got fans riled up the most was him putting in third-string quarterback Cammon Cooper on a first and goal from the 2, only to have to settle for a field goal. If WSU got that touchdown, they would’ve won the game.

"That was my decision," Rolovich said. "I was hoping to get it on film going into the game. At the moment, I was a little concerned about the hits that Jayden was taking. We’d already lost one quarterback. We felt like we could get two yards. We didn’t. That was the thought process behind that whole debacle."

Hoping to get it on film most likely means that Rolovich wanted to make other teams prepare for the Cammon Cooper package down the road, which only ignited WSU fan's fury more as many believed that was not the time nor place for a package like that to be inserted into the game.

Another debacle for the team was their lack of a rushing attack, which doesn’t make much sense when you have preseason first-team All-Pac-12 running back Max Borghi on your team. Outside of his 64 yard touchdown run, Borghi had just 10 carries for 22 yards.

"I didn’t feel like we were terribly effective in the run game other than the touchdown, but I don’t think that question is out of line," said Rolovich as to why they didn't give the ball to Max more. "We feel like he’s one of our best players, and I think that argument could be made."

The Cougs suffered a trio of injuries on Saturday as quarterback Jarrett Guarantano, center Brian Greene, and corner Daniel Isom all never returned to the game. Rolovich said he’s not sure of the extent of their injuries, but he doesn’t think any of them are season-ending.

Quarterback Jayden de Laura had to step in in Guarantano’s absence, so who starts this week?

"I would lean towards Jayden right now, with all things considered," said Rolovich. "I know we lost. I know he could have done some better things, but he definitely brings some energy. I thought he was mature in his decisions and in his presence."

"I told the team this, if I was Portland State, I’d make them believe that there’s a wounded animal up in Pullman and go finish them off," said Rolovich.

So how do the Cougs stop that from happening?

"It’s on us to heal, flush it, bury the dead, and move on," said Rolovich.

WSU plays Portland State this Saturday in Pullman at 3 p.m.