Rolovich announced last week that he was not getting the vaccine due to personal reasons. He reiterated on Tuesday that he will not reveal the reasons. 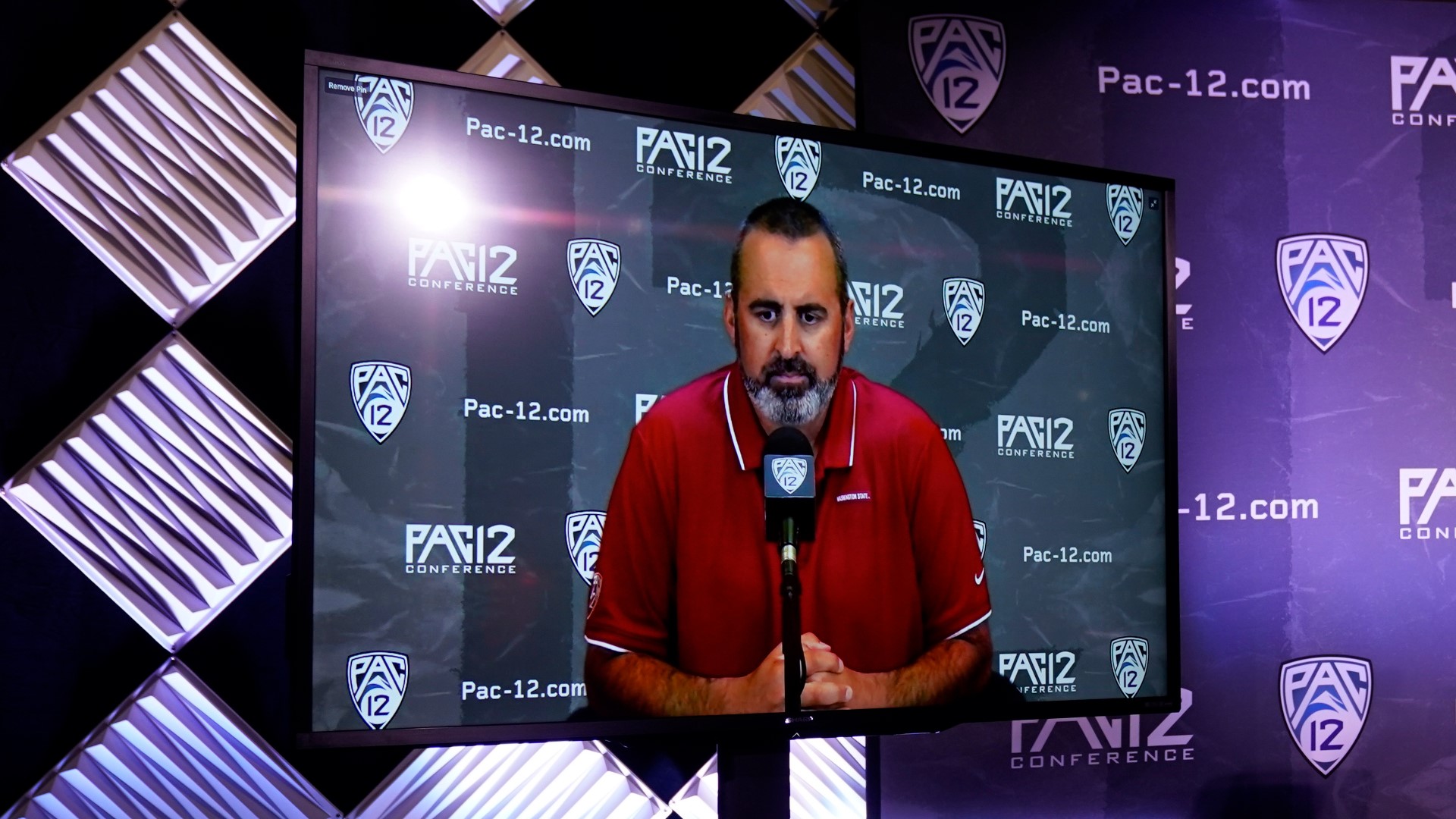 PULLMAN, Wash. — Last week, Washington State University (WSU) Head Football Coach Nick Rolovich made waves across college football when he announced that he would not be attending Pac-12 media day in person due to his decision to not get vaccinated against COVID-19.

He became one of the first, if not the first, power five football head coach to announce publicly that he had not received the vaccine. He also said last week that his reasons for not getting the vaccine would remain private, which he reiterated on Tuesday.

Rolovich did attend Pac-12 media day virtually on Tuesday. As part of his opening statement, he said he wanted the focus to be on his players during his press conference, but that was simply not the case.

"I plan on adhering to all policies that are implemented for the unvaccinated," Rolovich said during his 11-and-a-half-minute opening statement. "I'm not against vaccinations, and I wholeheartedly support those who choose to be vaccinated, including our players, staff, and coaches... I think we all know this virus is deadly, and these vaccines are free. I urge everyone to consider being vaccinated. I do."

Here's the vast majority of Nick Rolovich's prepared statement on his decision to not get the vaccine:

"I plan on adhering to all policies that are implemented for the unvaccinated. I'm not against vaccinations and I whole heartedly support those who choose to be vaccinated." pic.twitter.com/sG5ke9QAVW

Rolovich also noted during his opening statement that the football team's vaccination rate is around 75% currently.

The Cougars will want to get that number up, as the Pac-12 is heavily considering to have games canceled due to COVID-19 become forfeits for the team enduring the coronavirus outbreak.

Rolovich was asked his thoughts on that policy potentially going into affect, but essentially declined to answer the question.

WSU Director of Athletics Pat Chun did say on Tuesday that although Rolovich's decision to not get the vaccine was not deal, the school has to manage it and move forward. A few hours later, WSU president Kirk Schulz tweeted that it is the expectation for all WSU students, faculty staff and volunteers to be fully vaccinated before the start of the fall semester.

"I think communication was good," Rolovich said of WSU's message to him in terms of his decision to not get vaccinated. "They respect my decision. I don't mean to cause any heartache to this university or this athletic department or this state. I appreciate the support I've got since we've gotten here. But, it was, uh... We do have an open line of communication."

As for his team's reaction, Rolovich says that there hasn't been much of one.

"Was there a fear of distraction? Yeah, but I think this team has really stayed focused and focused on the goal at hand," said Rolovich.

Both Max Borghi and Jahad Woods said at media day that they were in support of Rolovich's decision to not get vaccinated, but that they had not been told by their head coach his reasoning to not get the vaccine.