What Bronco Nation needs to know about tailgating, parking, shuttles and alcohol for UTEP vs. Boise State

On Thursday, Boise State revealed what adult beverages will be for sale at Albertsons Stadium for Bronco home football games. 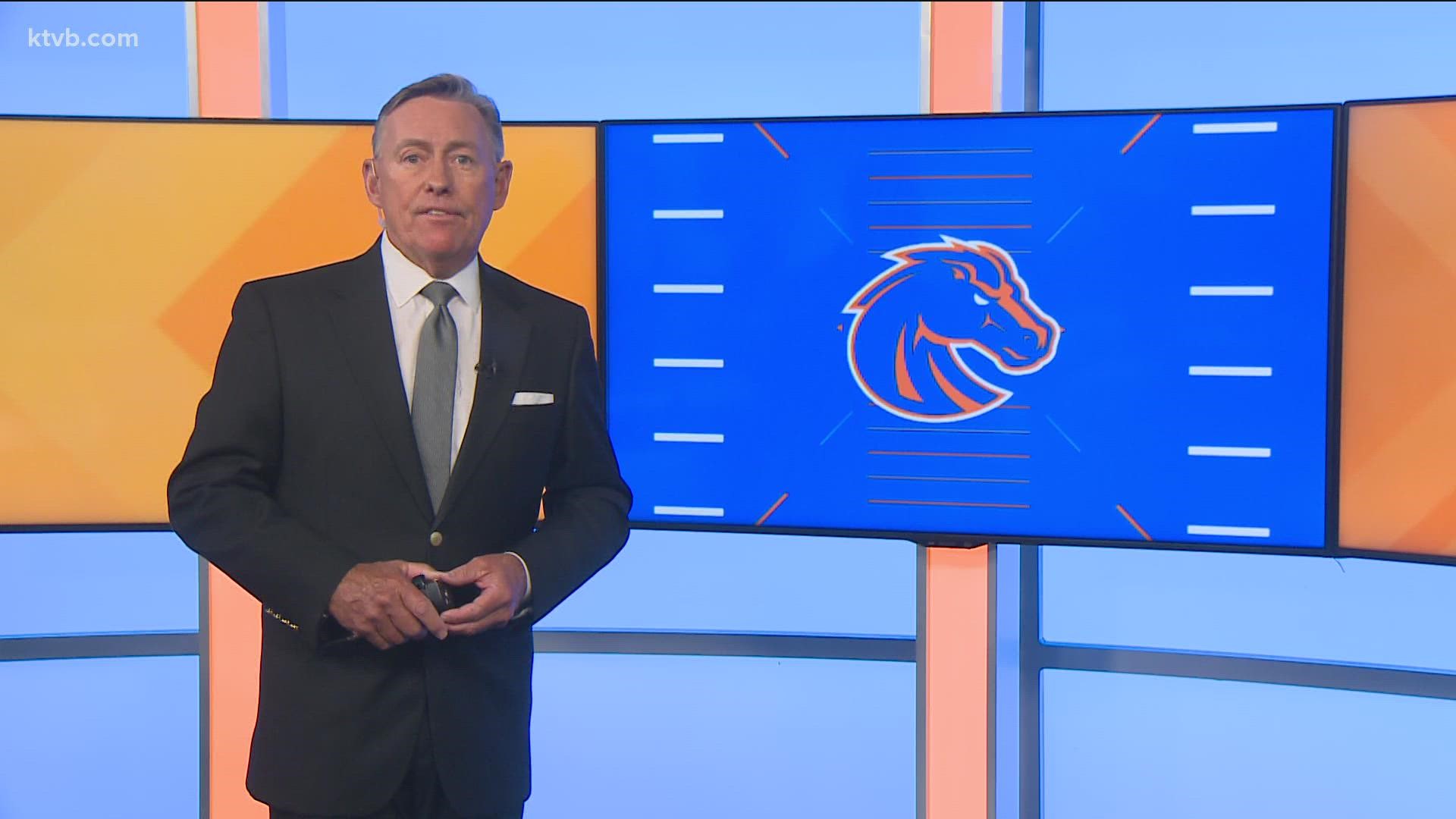 BOISE, Idaho — When the Boise State Broncos host the University of Texas-El Paso Miners on The Blue on Friday, Sept. 10, it'll be the first time since December of 2019 that Bronco Nation will be able to fill Albertsons Stadium to watch Boise State play.

Ahead of Friday's home opener, the Boise Police Department issued reminders for Game Day this year. Aside from fans being required to wear face masks, Boise State football games will go on much like normal.

Police ask people not to drink and drive, to park safely and legally and to be good neighbors by using crosswalks and not leaving behind litter and homes and businesses near Albertsons Stadium.

Due to the COVID-19 pandemic, only about 1,100 fans were able to watch the Broncos play at home in 2020. This year, Albertsons Stadium will be opened up to 100% capacity, however, fans will be required to face masks because of the ongoing spread of the coronavirus on campus.

The last game at Albertsons Stadium that was packed with members of Bronco Nation was on Dec. 7, 2019, when Boise State played and beat Hawai'i in the Mountain West Conference Championship.

The Boise Police Department wanted to remind fans that open containers of alcohol are not allowed outside the 10 to 10 Zone (see map below) around the stadium and if fans are going to drink, they should do so in designated areas.

According to the Boise Police Department, the 10 to 10 Zone remains in place for home games this season. It specifies areas off-campus where people age 21 or older may consume alcoholic beverages from 10 a.m. to 10 p.m. on Boise State home football game days only.

For the first time ever starting this season, beer and alcohol will be available for sale inside Albertsons Stadium. Boise State made the announcement over the summer to a warm reaction.

"Bronco Nation directly impacts our student-athletes, and ultimately, the outcome of games. My hope is that today's announcement continues to generate excitement and helps us fill the stadium," athletic director Jeremiah Dickey said in a statement back in July.

Alcohol will be available for sale at stands throughout the stadium, the Fan Zone, and at a portion of the Ford Tailgate Zone on DeChevrieux Field during pregame festivities.

On Thursday, the university announced what adult beverages will be available for sale at the stadium. Starting 90 minutes before kickoff, fans can buy Bud Light, Michelob Ultra, Bud Light Seltzer, Miller Lite, Coors Light and 10 Barrel Pub Beer. All of them will cost $8.

A mini-pub from 10 Barrell Brewing will be located on the east side expansion of Albertsons Stadium.

Alcohol sales will end at the third quarter.

Ahead of the first home game at Albertsons Stadium in nearly two years, the Boise Police Department issued reminders for fans, which include citation amounts for fans who drink alcohol outside of the 10 to 10 Zone.

Police explained that people carrying open containers of alcohol on city streets, sidewalks, parks or parking lots could face misdemeanor charges, which carry a fine of up to $1,000 and six months in jail.

Any minors who have possession of alcohol could have their driver's license suspended and/or be issued a fine, police said.

Boise police added that someone who provides alcohol to minors could face fines between $500 and $1,000, and up to one year in jail.

Expect increased traffic on all roads surrounding Boise State before and after the game. University Drive, from Capitol Boulevard to Broadway Avenue, will likely be congested throughout the morning and afternoon. Because of limited public parking on-campus, fans are encouraged to park off-campus and walk/bike or use a shuttle to get to the game.

Bronco fans should arrive early. Those whose seats are not in the Stueckle Sky Center may enter the stadium through any gate. Fans are encouraged — but not required — to leave their bags at home or in the car. For faster entry into the stadium, bring a clear bag or no bag to the game. Prior to entry, fans will pass through metal detectors, and any bags carried in will be subject to search. Remember to leave prohibited items behind, including all weapons, alcohol, glass and coolers.