The Boise State Broncos will face the Air Force Falcons Saturday on The Blue, riding a wave of momentum after last week's win. 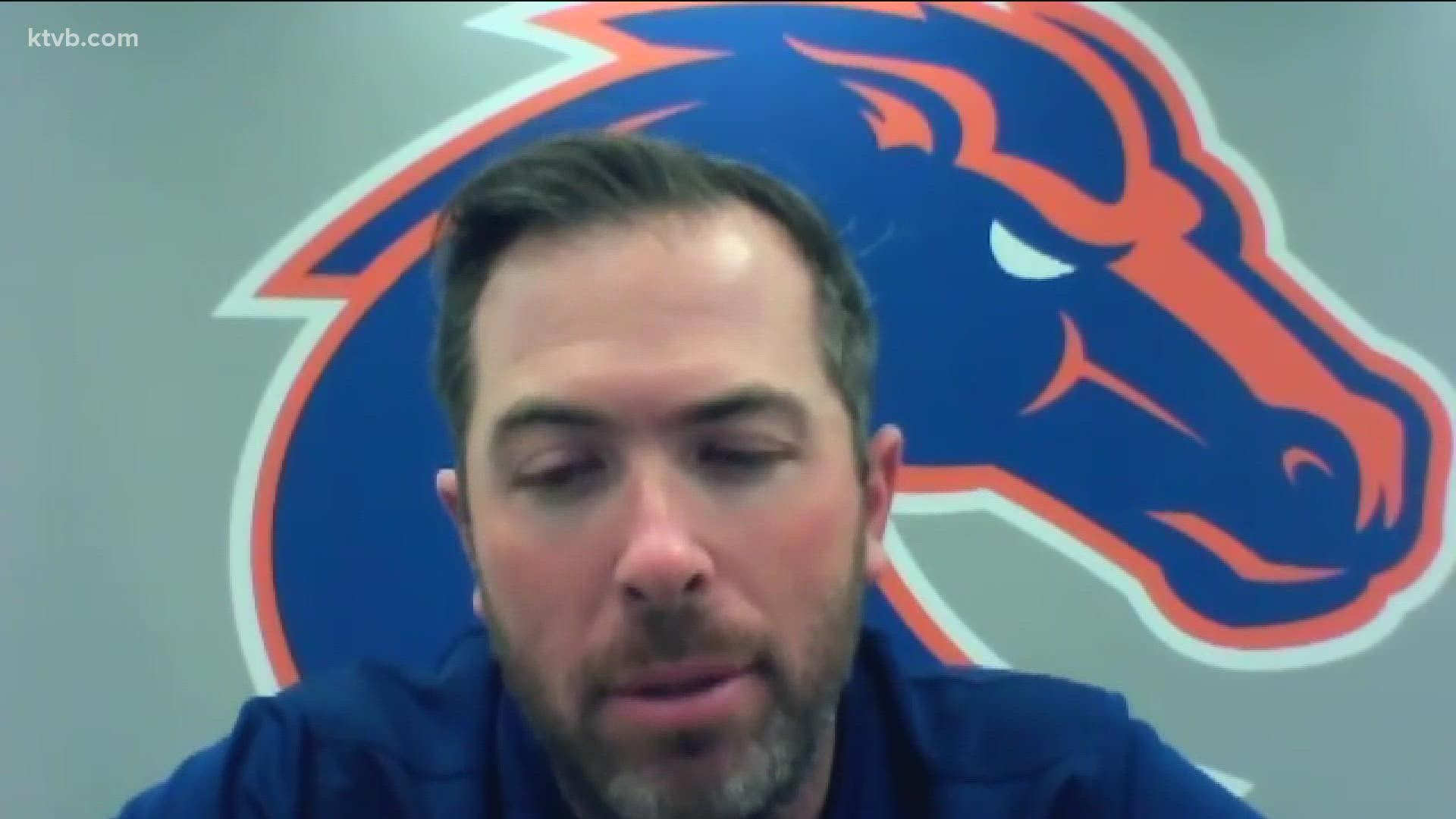 BOISE, Idaho — Editor's note: The above video is about the Boise State football team leaning on its culture ahead of its rebound.

The Boise State football team sits with a 3-3 record and is coming off their first true road win over an Associated Press Top 10 team since 2001. The Broncos beat No. 10 BYU last week on the road, 26-17.

Kickoff is at 7 p.m. at Albertsons Stadium. See more on how to watch the BSU-Air Force game here.

KTVB's Bronco Roundup Game Day show will be live on KTVB Channel 7.1, the KTVB news app and KTVB.COM just ahead of kickoff, from 6 p.m. to 7 p.m. MT Saturday.

When the Broncos host the 5-1 Air Force Falcons on The Blue this week, they will be tested with the best rushing attack in the country and the Falcons' devastating triple-option offense. Read more about the match-up here.

Read our comprehensive game day guide for more information about the Broncos-Falcons series as well as game logistics including traffic, parking, shuttles and the fan color scheme.

Join KTVB's Jay Tust and Will Hall for a look at all of the major storylines surrounding this matchup. The show will feature interviews and updates from former and current players during the show.

KTVB will also have coverage during the game with our game tracker as well as live coverage of the post-game press conference on KTVB.COM, the KTVB YouTube channel and the KTVB mobile app.