The Broncos defeated the Lobos 42-9. 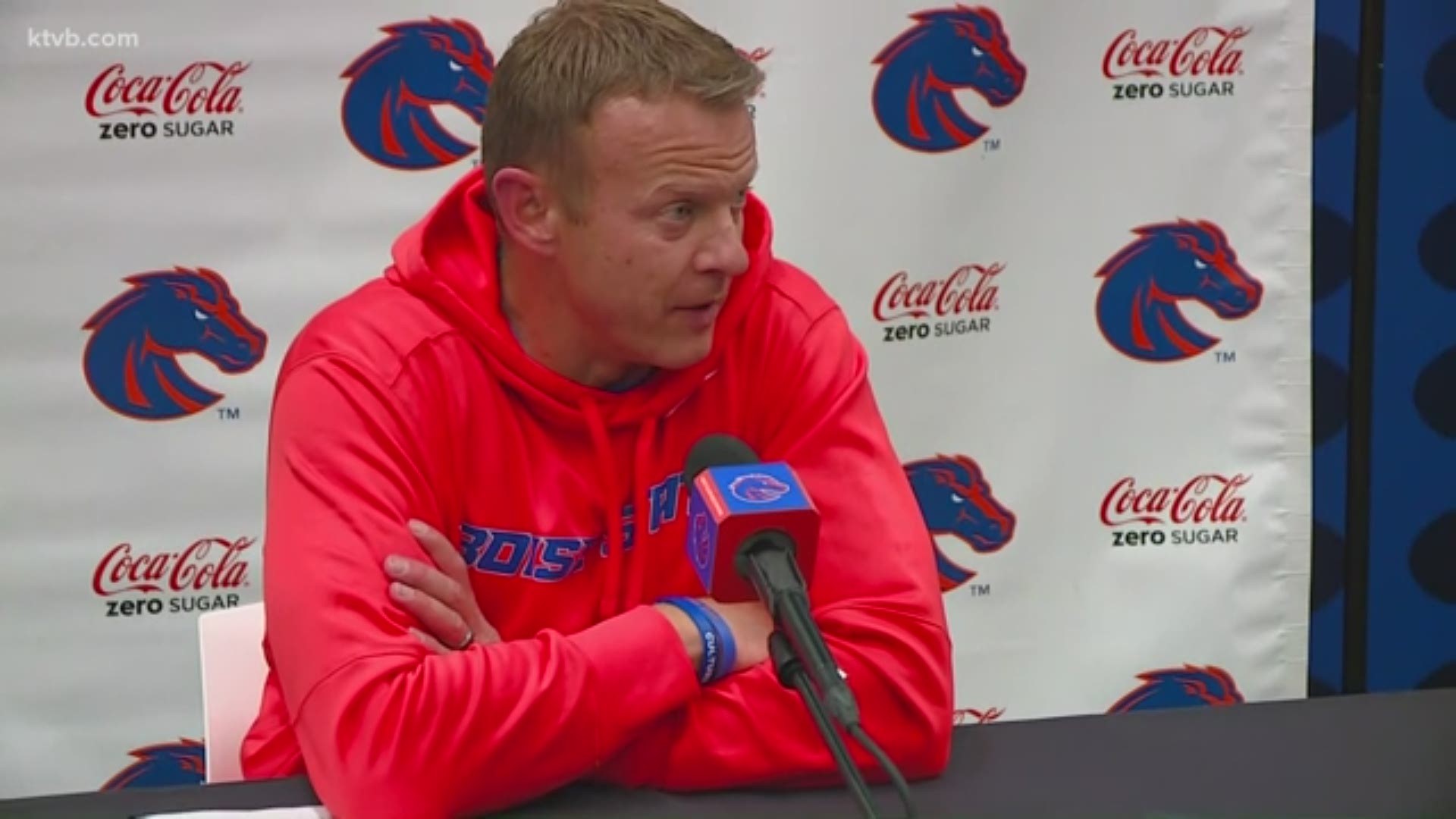 BOISE, Idaho — Boise State's match against the New Mexico Lobos was off to an exciting start, with the Broncos taking an early lead and ending the first quarter ahead 28-0.

But then the pace changed.

The score remained stagnant until the third quarter, until Boise State continued to score and New Mexico got on the board. The Broncos ultimately defeated the Lobos 42-9.

Senior Jaylon Henderson started as quarterback for the game, which was also on Boise State's senior night.

Hear from Boise State Coach Bryan Harsin after the game (above video, or on our YouTube channel) and other key players.

Next week, Boise State will face Utah State on Saturday in Logan, UT. That game will determine who will win the Mountain Division.

Watch below from the postgame: Sonatane Lui recaps the Bronco's win

RELATED: QB Jaylon Henderson to start for the Broncos ahead of Boise State vs. New Mexico Lobos