During the press conference, Harsin continued to be coy about the status of Hank Bachmeier and Chase Cord, saying there are no season-ending injuries. 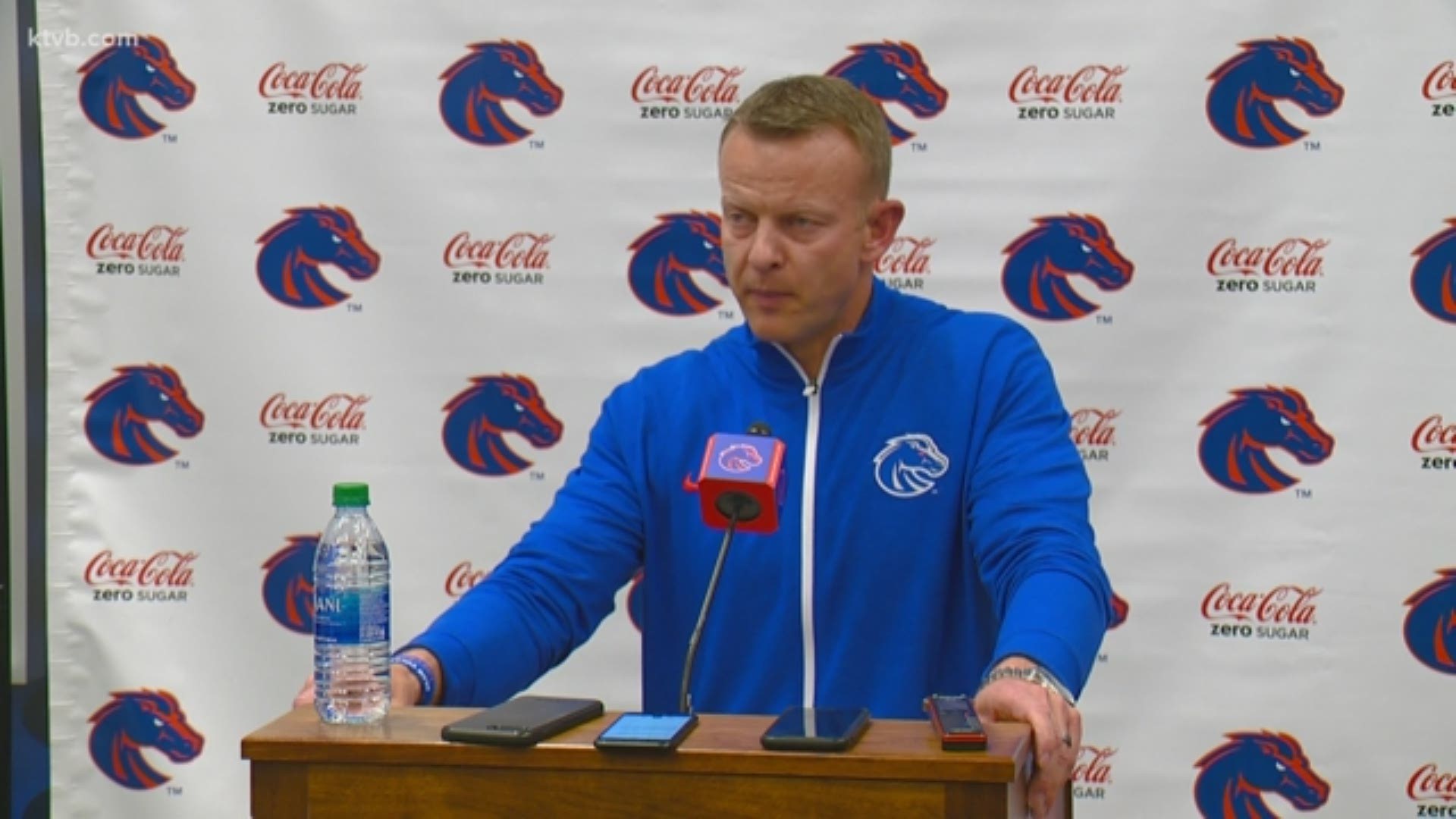 BOISE, Idaho — Watch Boise State coach Bryan Harsin's weekly news conference live on KTVB.COM and KTVB's YouTube channel at 1 p.m. Monday, where he discussed the Broncos' 56-21 win over the Utah State Aggies, their upcoming game against Colorado State on Friday, and how he's still challenging the team after the Broncos clinched a trip to the Mountain West Conference Championship for the third straight year.

On Saturday night, the Broncos (10-1, 8-0) dominated the Aggies (6-5, 5-2) in all three phases of the game, with defense and special teams scoring touchdowns.

The win clinched the Mountain Division for the Broncos, regardless of the outcome against Colorado State (4-7, 3-4). The Rams were eliminated from Bowl Season after suffering their seventh loss of the season over the weekend.

During his news conference, Harsin also discussed senior quarterback Jaylon Henderson's play and how he's progressing, freshman running back George Holani's play against the Aggies, what it means for the programs to host the conference title game for the third straight year, and how the Broncos put together one of their most complete games of the season.

If you miss any of the live stream, there will be a recording of it that you can watch whenever and wherever you want. To watch individual highlights and segments of the news conference, scroll down to watch some of them.