TV schedule for the Boise State Broncos released; no home games after 8 p.m., just one late-night game vs. Hawaii

The Broncos' latest home kickoff is currently set for 7:45 p.m. on Nov. 6 when the BYU Cougars visit the Blue. 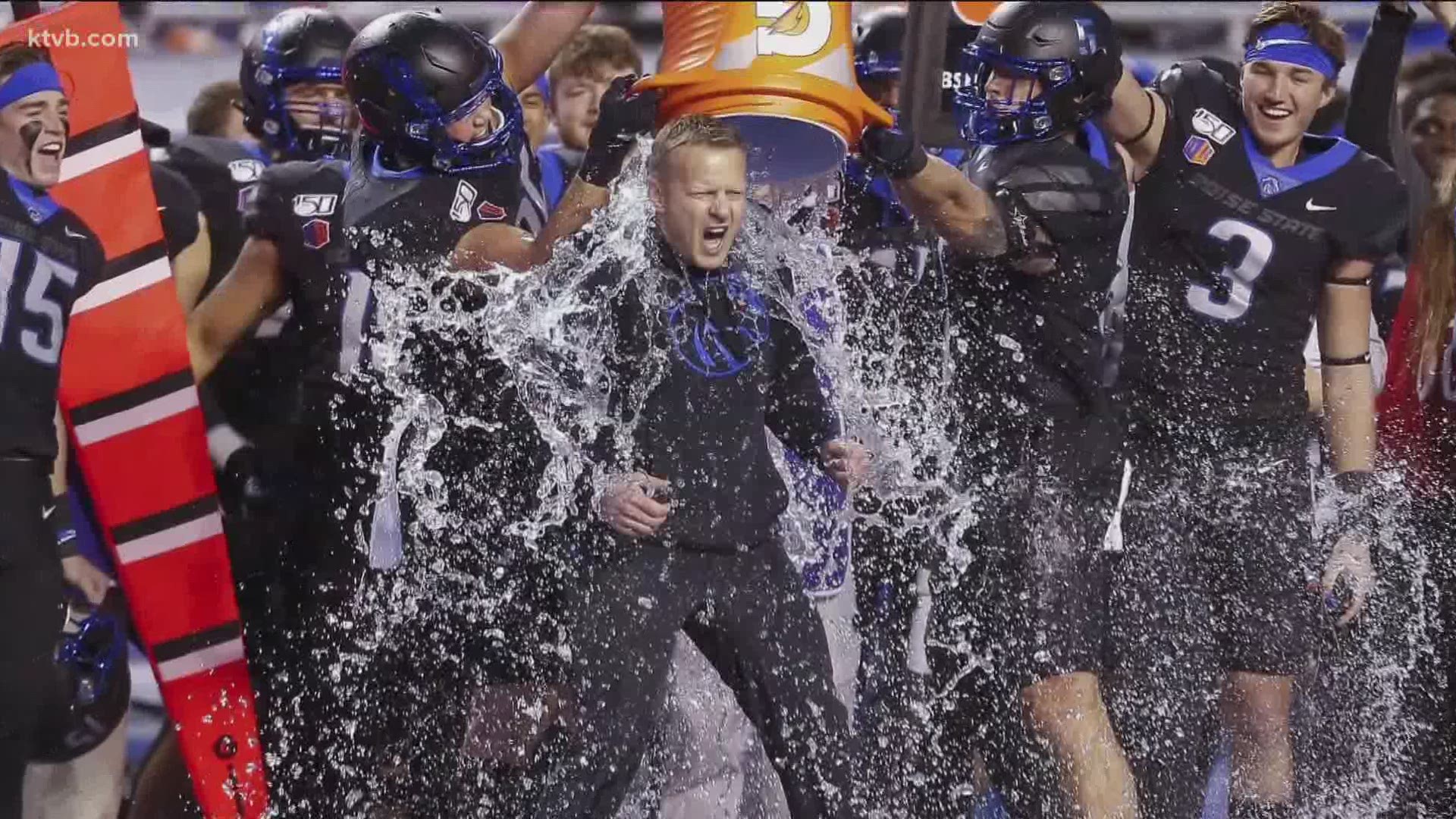 BOISE, Idaho — If you were in southern Idaho on Tuesday morning when the Mountain West Conference announced the TV schedule for the upcoming shorten-season, you likely heard all of Bronco Nation screaming from the rooftops that there are no late kickoffs for Boise State's home games.

It may take time for many fans to get used to late afternoon games, like the Broncos' Oct. 31 against Air Force at 4 p.m. on CBS Sports Network.

Bronco Nation only needs to pan for one late night, when Boise State travels to Hawaii to take on the Rainbow Warriors. Kickoff is currently set at 9 p.m. MT on CBS Sports Network.

Here is the complete list of kickoff times and channel information:

The Broncos' final home game against the San Jose Spartans does not have an announced kickoff time, but the Mountain West Conference said some games' kickoff times will be released in the coming weeks.

Boise State's schedule includes one Thursday game on Nov. 12 vs. Colorado State and two Friday games against UNLV and BYU.

While late kickoffs matter a little less this season since no fans are allowed in attendance (But hey, at least fans can now buy $50 cutouts in lieu of going), the issue has been a sticking point for the university and Bronco Nation.

When the Mountain West Conference announced a new TV deal with Fox and CBS, Fox and Fox Sports got the rights to all Boise State home games. In a part of that six-year, $270 million TV contract, there would no longer be any kickoffs past 8 p.m. MT.

The Mountain West Conference Championship Game will be played on Saturday, Dec. 12 at the home field of the team with the highest win percentage on the year in-conference games only. It will be televised on either Fox or Fox Sports 1.

Boise State is only playing seven conference opponents this season. The Broncos will play the BYU Cougars on Friday, Nov. 6, instead of playing a conference team, like the New Mexico Lobos.

With an eight-game season starting in just weeks, the Boise State 2020 football season finally seems real after the Broncos' season was postponed to possibly Spring 2021 earlier this year.