KTVB Sports Director Jay Tust dove into the numbers and statistics behind the Broncos' second loss on the season. 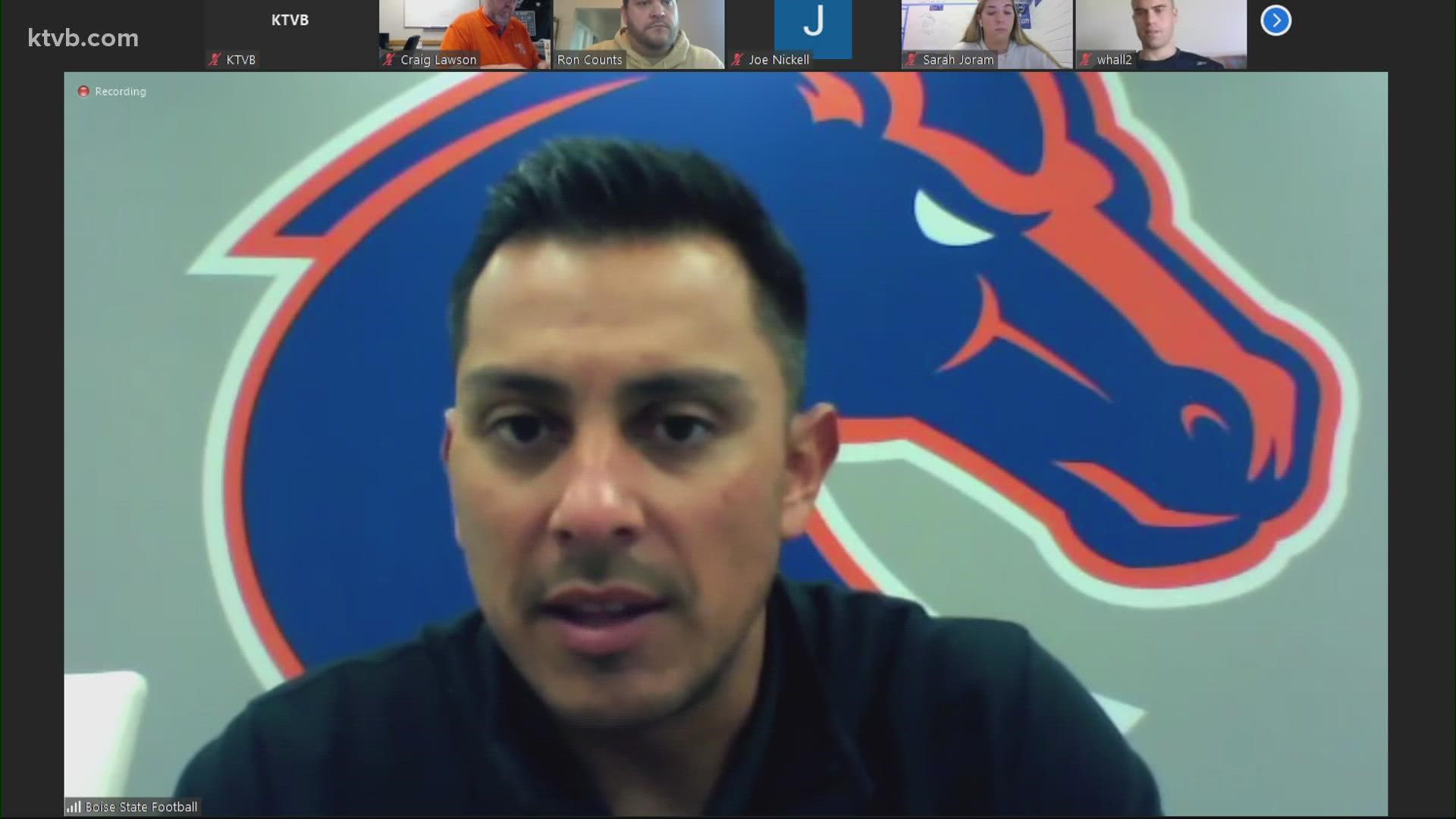 BOISE, Idaho — Following Boise State's 21-20 loss on The Blue against Oklahoma State Saturday night, KTVB Sports Director Jay Tust dove into the numbers and statistics behind the Broncos' second loss on the season.

Below are some of the best of this week's #TuSTATS.

Oklahoma State running back Jaylen Warren rushed for 218 yards on Saturday, the third most by an individual against the Broncos since 2000.

If that doesn't already sting enough, Warren spent the last two years at the school Boise State plays this week: Utah State University. Warren averaged a team-best 84.0 yards rushing for Utah State during a COVID-19 shortened 2020 season. He entered the transfer portal and wound up at Oklahoma State

As a team, the Cowboys gashed Boise State for 246 yards, the fifth most by an opponent on The Blue since 2015.

Boise State now ranks 115th in the Football Bowl Subdivision (FBS) in rush defense, surrendering 201.7 per game. Believe it or not, that is actually an improvement compared to how they have fared on the ground on offense.

The Broncos were limited to 61 net rushing yards on 35 carries against Oklahoma State, an average of just 1.74 yards per carry. Their longest run of the game was a gain of 12 yards on a quarterback scramble by Hank Bachmeier. Only seven of their 98 total rushing attempts have resulted in a gain of at least 10 yards, 123rd worst in the FBS.

Boise State now ranks 126th out of 130 teams in the FBS on the season, averaging just 67.3 rushing yards per game. They're also only averaging 2.06 yards per carry, 127th worst in the country.

I don't mean to pour it on, but just to further emphasize how abnormal this is, Air Force, Colorado State, Fresno State, Hawai'i, SDSU, UNLV, Utah State and Wyoming all have an individual with more rushing yards than Boise State's entire team collectively this season.

A PASSING GRADE BUT FAILED THE TEST

Entering the game, the Broncos were 32-3 when limiting an opponent to under 100 yards passing since 2000. All three of those losses came at the expense of a triple-option team.

That means Oklahoma State is the first non-triple option squad to beat Boise State with fewer than 100 yards through the air in at least 20 years.

Senior safety JL Skinner continued a fantastic start to the fall season on Saturday. For the third time in three games, he led the Broncos in tackles, finishing with 10 stops against Oklahoma State.

Skinner is already approaching a career-high in tackles. He had 37 in six games last season and is already up to 32 this season. That total currently leads all FBS defensive backs, ranks second in the Mountain West, and is tied for eighth-most regardless of position in the entire country.

Senior wide receiver Khalil Shakir led Boise State with eight catches for 78 yards on 13 targets against Oklahoma State. He ranked third in the Mountain West in receiving yards per game (111.7) and receptions per game (6.7).

If he can maintain these averages over the course of the season, he will threaten the single-season catch and receiving yards records, which stands at 88 and 1,511 respectively.

SOLID ON THEIR SECOND CHANCE

Oklahoma State turned Boise State up for 168 yards on 22 carries in the first half on Saturday. To give credit where credit is due, the second half was a different story. The Broncos limited the Cowboys to just 78 yards on 35 carries over the final two quarters. Their average yards per rush dipped from 7.6 down to 2.2.

With the Boise State offense struggling to move the chain, Oklahoma State still managed to control the clock. Over the final 36:26 of game minutes, the Cowboys possessed the ball for 27:22, compared to just 9:04 for the Broncos.

I HOPE YOU HAVE MORE TIME TO READ ABOUT THIS

Oklahoma State's offense was on the field for 70.5% of the second season's half. To further acknowledge how impressive the Boise State defense was over the final 30 minutes, the Cowboys ran 42 plays in that span, but only managed to crack the red zone one time. That one play immediately resulted in a two-yard loss, knocking Oklahoma State back outside of the red zone.