Spinal injury forces Boise State's Sonatane Lui to retire from football: 'If I could have played, I would have'

A condition caused by a fractured spine made one of the warriors on the Broncos' defense sit out of the Las Vegas Bowl and soon forced him into retirement. 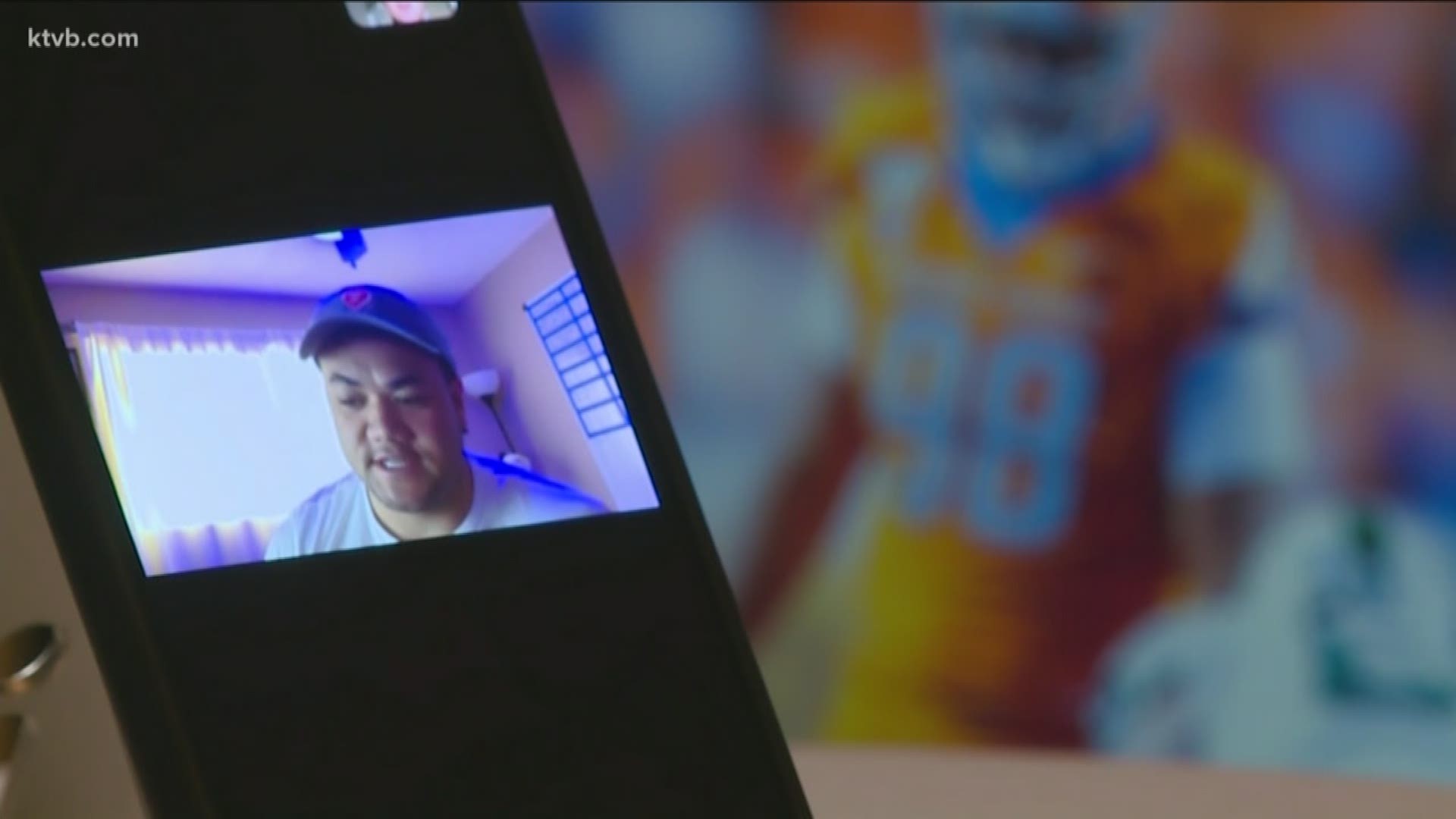 BOISE, Idaho — When Boise State defensive tackle Sontane Lui sat out of the Las Vegas Bowl against the Washington Huskies, it was a surprise to many that Lui sat out of the game. Months after the end of the 2019 season, Lui sat down with KTVB to discuss the spinal injury that forced him out of football.

In 2019, Lui started 13 games and racked up a career-best 49 tackles to go along with 4.5 sacks - all en route to being named an All-Mountain West Honorable Mention.

The key player for the Broncos' defense had actually played the entire 2019 regular season and the Mountain West Championship Game with a fractured spine with then developed into a painful condition.

Lui kept his health and the spinal fracture under wraps until a recent interview with KTVB Sports Director Jay Tust. You can read a portion of the interview below.

Jay Tust: The last time I caught up with you, man, was right after the Mountain West Conference Championship Game. We were interviewing you on the field, and then you walked off with your wife, and the next time I saw you, you were in street clothes down at the Las Vegas Bowl. So what happened in between?

Sonatane Lui: Well, I guess to give a little preface to it, (I) was just battling through some injuries throughout the season. There was one, in particular, that was just happened to be super painful. After talking to coaches and some of the training staff, and it was the ultimate decision that is was just best that I not play.

Tust: Lui, you were kind of always known as a warrior out there, so what is it that kept you from playing in your final game as a college football player?

Lui: It was an injury that I never really dealt with before. So I actually fractured my spine in the summer, and then throughout fall camp develop a condition called spinal stenosis. I mean it's playable but it's extremely painful. A lot of the people who watch our games see Saturday night and all the great things that happen. But, you know, it was the Sundays, Mondays, and Tuesdays, where you were recovering that, was just brutal. It was that pain and those things that actually came into play when I decided to hang up and cleats for good in January.

Tust: So what went into that decision then Lui? I mean, did you decide to hang up your cleats or was that decision basically made for you?

Lui: When I decided to hang them up for good, I was in the Hula Bowl participating in practice. I literally was just practicing pass get-off, then I felt a pop in my back and I couldn't feel my feet and had tingling down my legs. They rushed me to the hospital in Waikiki. I got to meet with one of the doctors and after reviewing everything, he finally said, 'In no good conscious can I recommend you keep playing.'

'If I could have played, I would have'

Lui: It's pretty brutal. During the season, I don't think I practice more than a handful of times because of it. It was pretty much just film and then on game days, take some anti-inflammatories and get ready to play. But not anything for my guys.

Tust: Lui, was it difficult or was it all worth it?

Lui: It's funny that so many times. Ultimately, my answer is always the same: I got everything out of football I could've asked for. It was rough though, I mean, my wife can tell you the amount of time she's had to help me out of bed. I wish I could have played my senior season fully healthy, but I thought I did pretty well for not practicing or doing anything like that.

Lui: A lot of people have been asking how hard is it to walk away from the game of football. (I) know for a lot of people it's rough. I mean, it sucked that I didn't get to walk away necessarily on my own terms. But, I mean, an injury is an injury. A lot of people are asking (questions) around the Washington bowl. I kind of remained silent just because I didn't want speculation to go out that, 'they're forcing him to play. Did you know Lui has been injured all season?' So I kind of kept quiet. But it's graduation time, and I thought, you know, at least the people who supported me throughout the community should know (what happened). If I could have played, I would have. I definitely would not have let Curtis (Weaver) and David (Moa) and Scale (Igiehon) down the way I did without a reason.

Tust: So what's next Lui? If football is now in the rearview mirror, what's next? You've got a college degree to work with!

Lui: So right now, I'm prepping to take the LSAT around the wintertime. And then I'll shoot my applications out for law school and hopefully, I'll get in somewhere. I'll study law and go into corporate law and work for a technology company so I can keep doing what my passion is. And obviously I've always wanted to be a high school coach.

Tust: Are you gonna do that here in Boise? Do you know where you're gonna live in the future or is that kind of undetermined?

Lui: Honestly, I'd love to come and coach football here in Boise. It's a really cool place. Especially for me who's a big proponent of the Polynesian community, a lot of Polynesian families are moving here, and I'd love to see how their skills develop here in Idaho.

One thing Lui was very adamant during the interview was that it was his decision to play this year and he was very complimentary of the support and care he received from the coaches and training staff.

He also wanted me to pass along a thank you to Bronco Nation and everyone that has supported him.