Danielson, the Broncos' co-defensive coordinator, said he is "incredibly humbled" to take the reins from departing Coach Bryan Harsin. 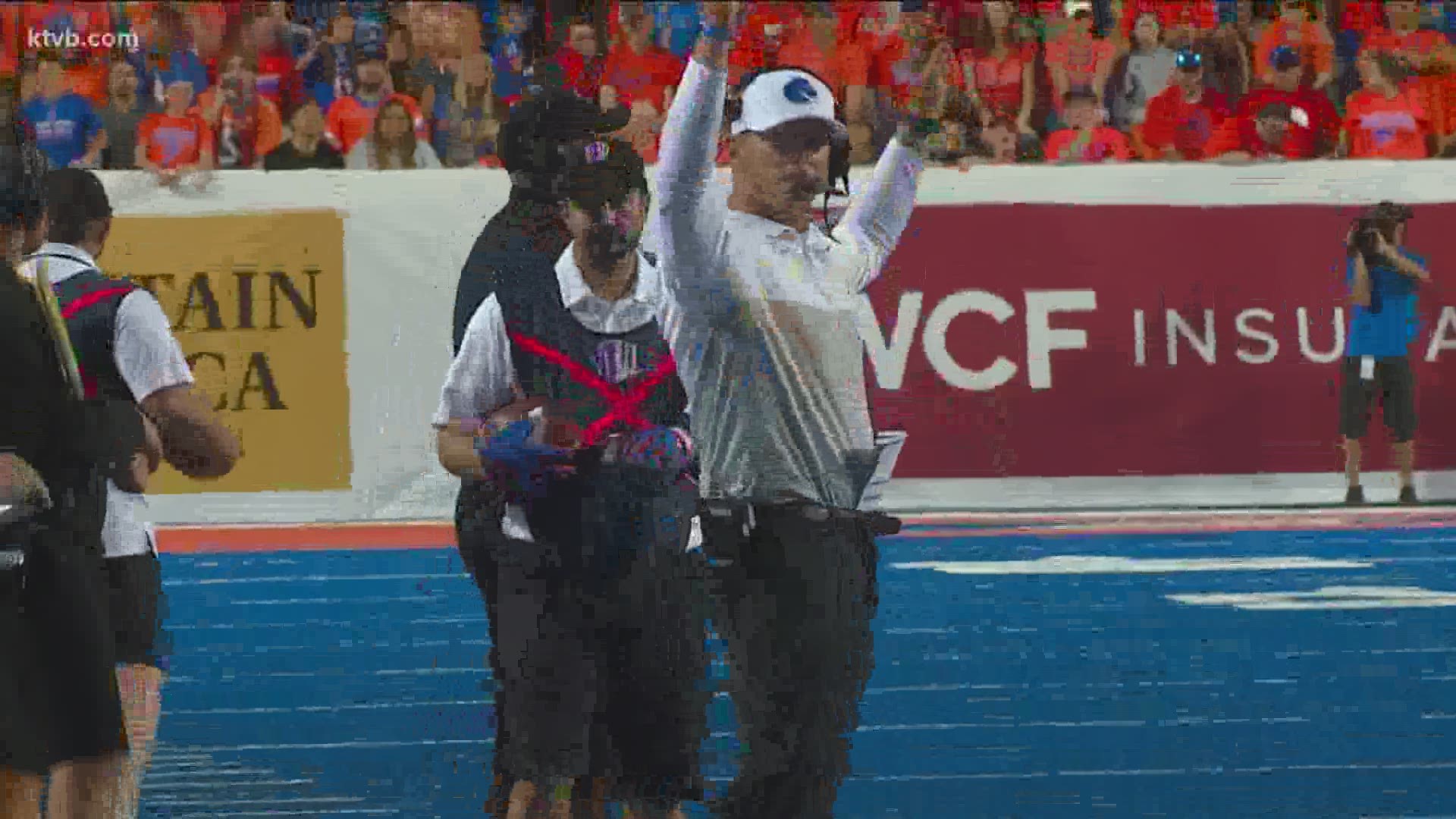 The news came the day after Coach Bryan Harsin confirmed reports that he had accepted the role of head football coach for the University of Auburn in Alabama.

"I'm incredibly excited and humbled for the opportunity to be at a place like Auburn University," Harsin said in a statement. "I knew it would take a special opportunity to get me out of Boise and Auburn is exactly that, the chance to compete at the highest level for one of the greatest programs in college football."

Danielson has been a member of Boise State staff for three years. He worked with Bronco STUDS his first two seasons, including overseeing the development of Curtis Weaver. More recently, he has worked with Boise State's defensive line.

“I am incredibly humbled by this opportunity,” Danielson said. “Boise State has been a great place for a long time, and I want to make sure our current student-athletes and the student-athletes that are committed to us know that it will continue to be great. The best is still to come!”

RELATED: Boise State football: Just like that, an era is over

Interim athletic director Bob Carney offered praise for Danielson, saying in a statement he is ready to take the reins at Boise State.

“Coach Danielson is a strong leader on and off the field and is well-respected among our student-athletes, coaches, staff and administration,” Carney said. “He is prepared to step in and lead this program as we search for a permanent head coach.”

The nationwide search for a permanent replacement for Harsin is underway now.

No, this isn't a permanent position, but it does show that #BoiseState thinks very highly of Spencer.

He's is a young up-and-coming coach that brings a ton of energy.