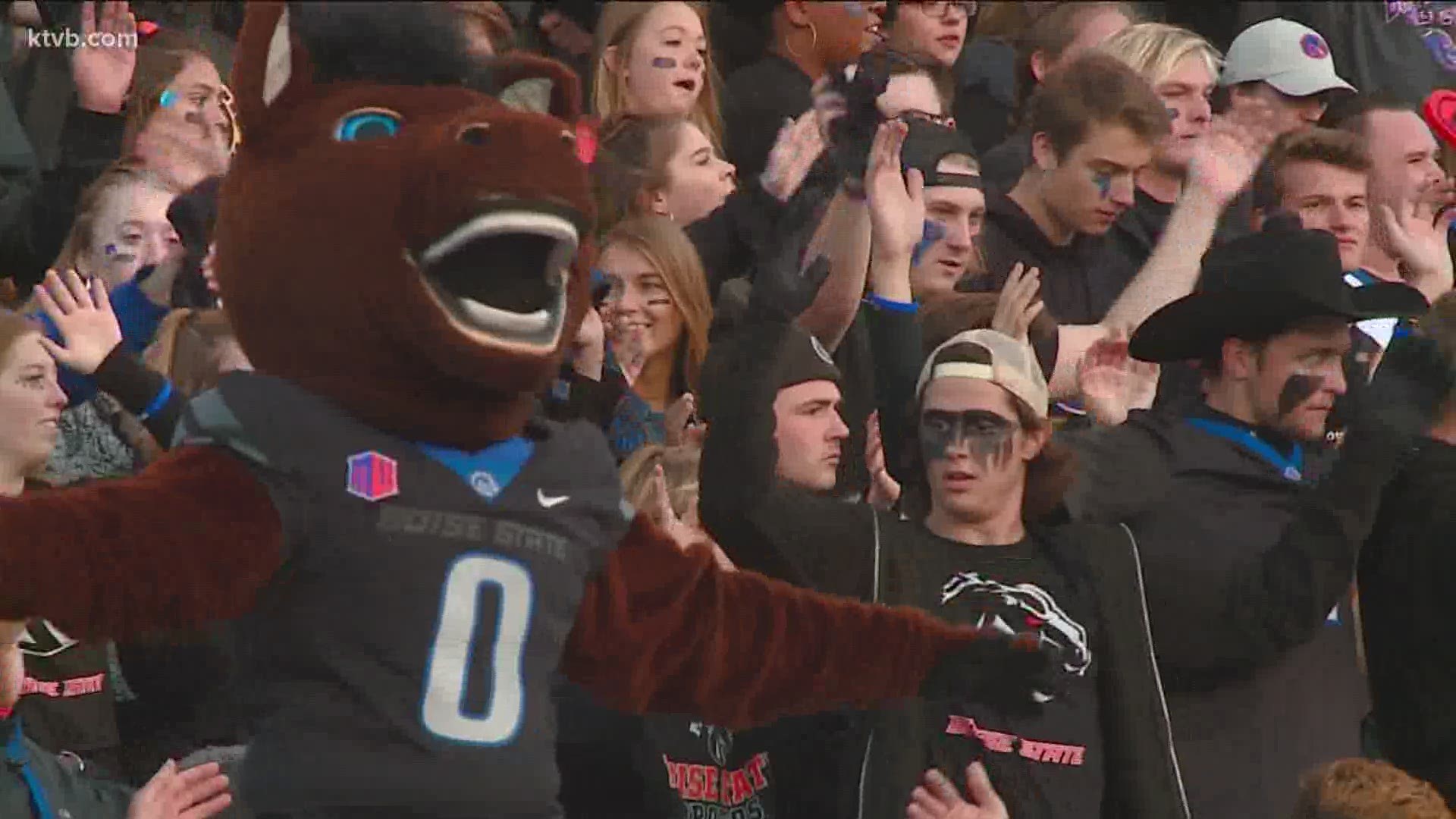 BOISE, Idaho — It is now official, the Mountain West Conference, home of the Boise State Broncos, will cancel all fall sports after a vote by conference member presidents. The news was first reported at around 3:30 p.m. and was confirmed by the conference on social media at 4:30 p.m. Monday.

Boise State Athletic Director Curt Aspey said in a statement, "Despite everything that has been thrown in their way over the last several months, our student-athletes, coaches and staff had been preparing for a 2020 season. They were ready for every possible uncertainty, but in the end, the physical and mental well-being of student-athletes across the conference necessitated today's announcement."

Associate Commissioner Javen Hedlund released a statement shortly after the announcement, saying the league's presidents value the health of the players and playing during the coronavirus pandemic wouldn't be safe. He added that officials are talking about the status of winter sports.

However, Hedlund also mentioned how the season could be rescheduled.

"The Mountain West will begin to explore the feasibility of rescheduling fall sports competition, including the possibility of those sports competing in the spring, and develop options for consideration," his statement read.

I've mentioned this before, but revenue from #BoiseState football makes up 40-50% of the athletic department budget.

At the moment, it's only been suspended. But if it gets canceled altogether, that could me a $20M loss for the university.

This was AD Curt Apsey on July 16... pic.twitter.com/iBIzpuxziu

The vote was first reported by Brett McMurphy, a Stadium College Football Insider, and confirmed by Nicole Auerbach, a senior college football writer for The Athletic.

A source in the Boise State athletic department later confirmed the reports to KTVB and said there was an ongoing team Zoom meeting about the cancelations.

According to McMurphy, the Mountain West league presidents wanted to move forward with a normal fall season but those "opinions flipped, sources said, with the increasing number of positive COVID-19 cases in the Mountain West footprint as well as the Mid-American’s decision to cancel its season."

Sources also told Stadium that the conference is considering playing the football season this upcoming spring, which was later confirmed by Hedlund's statement.

The Mountain West's decision follows the Mid-American Conference announcing that they were canceling all fall sports because of the coronavirus pandemic on Saturday.

"There are simply too many unknowns to put our student athletes in situations that are not easily understood," MAC Commissioner Dr. Jon Steinbrecher said in a press conference. "This is not an easy decision, but it's the right decision."

"Today's decision by the Mountain West Board of Directors gives us more time to prepare for the fall season while allowing us to continue monitoring the COVID-19 situation - not just in Boise, but across each of our conference campuses," Boise State athletic director Curt Apsey said in a statement released on August 5.

It appears the university and the conference only needed five days to decide to pull the plug on the 2020 college football season.

WATCH BELOW: If college football doesn't happen this fall, how much will Boise State face as a budget shortfall?