Boise State cited FERPA laws in not disclosing the names of the student-athletes or the exact number of positive tests. 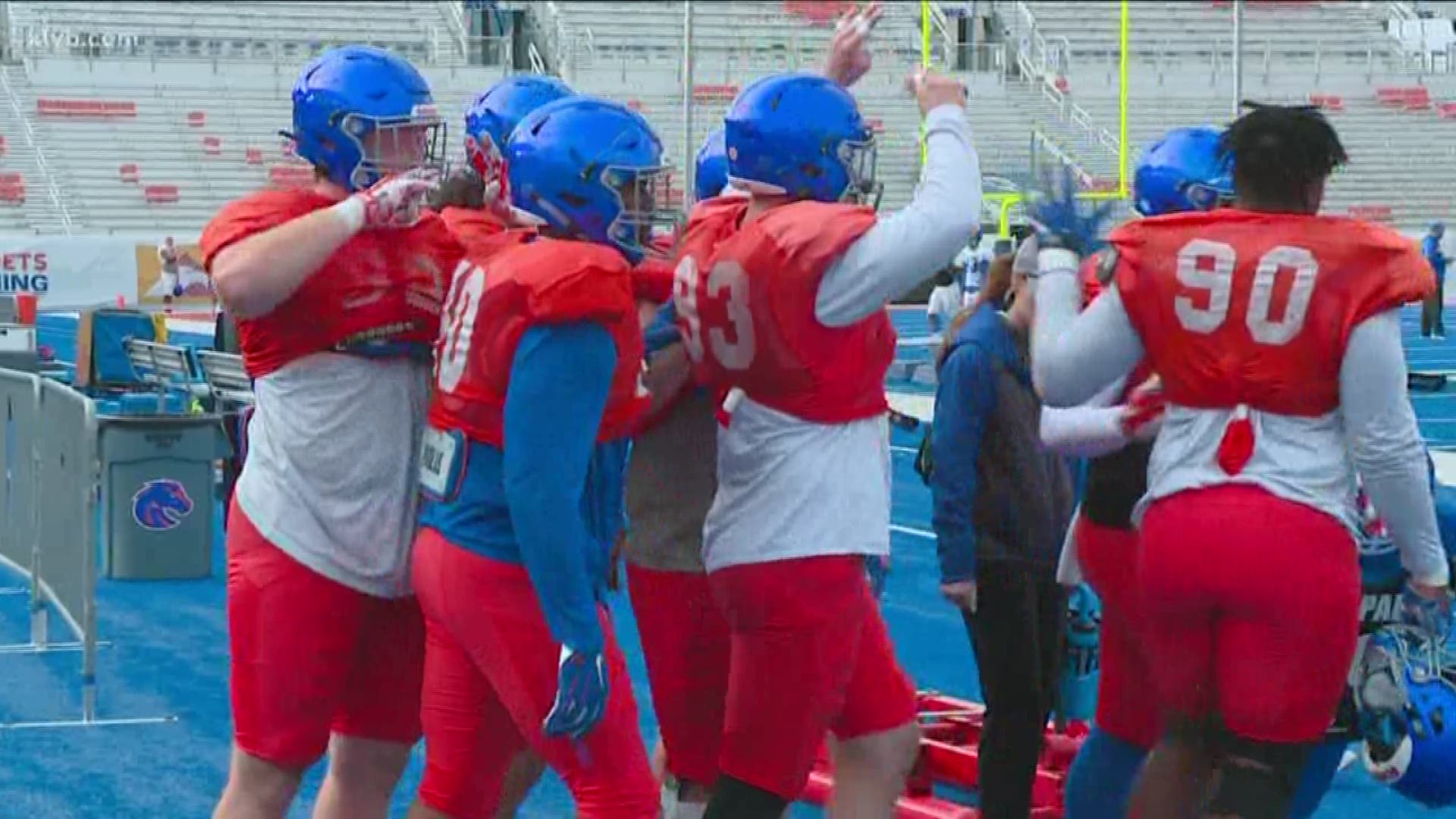 BOISE, Idaho — Boise State reported multiple positive tests for COVID-19 from student-athletes on the football and women’s soccer teams Monday as players began to return to campus for voluntary workouts.

The school previously announced over the weekend that a group of student-athletes from both the football and women’s soccer teams were screened last week and given several tests, including one for the coronavirus. Those given the all-clear were able to begin using the athletic facilities for voluntary workouts Monday.

Boise State cited FERPA laws in not disclosing the names of the student-athletes or the exact number of positive tests but confirmed in a statement to the Idaho Press that “there were multiple positives” from last week’s testing.

“Those individuals will follow the advice of healthcare providers before returning to campus (and) joining their teams for voluntary workouts,” the statement said.

Another wave of football and soccer players as well as some from other fall sports teams were expected to go through the testing process this week. If cleared, they will be able to resume workouts on Monday, June 15.

Several schools have reported positive tests from players who returned to campus in recent days, including Auburn and Alabama.

Boise State said all players will be given “daily health screenings” after they are cleared, but it’s unclear how often they will be tested for COVID-19 moving forward.

NEW: From Nigeria to Virginia to Idaho: Boise State DE commit's unique journey to the Broncos