Boise State had been scheduled to open the season against Georgia Southern on Sept. 5. The earliest start date is now the week ending on Sept. 26. 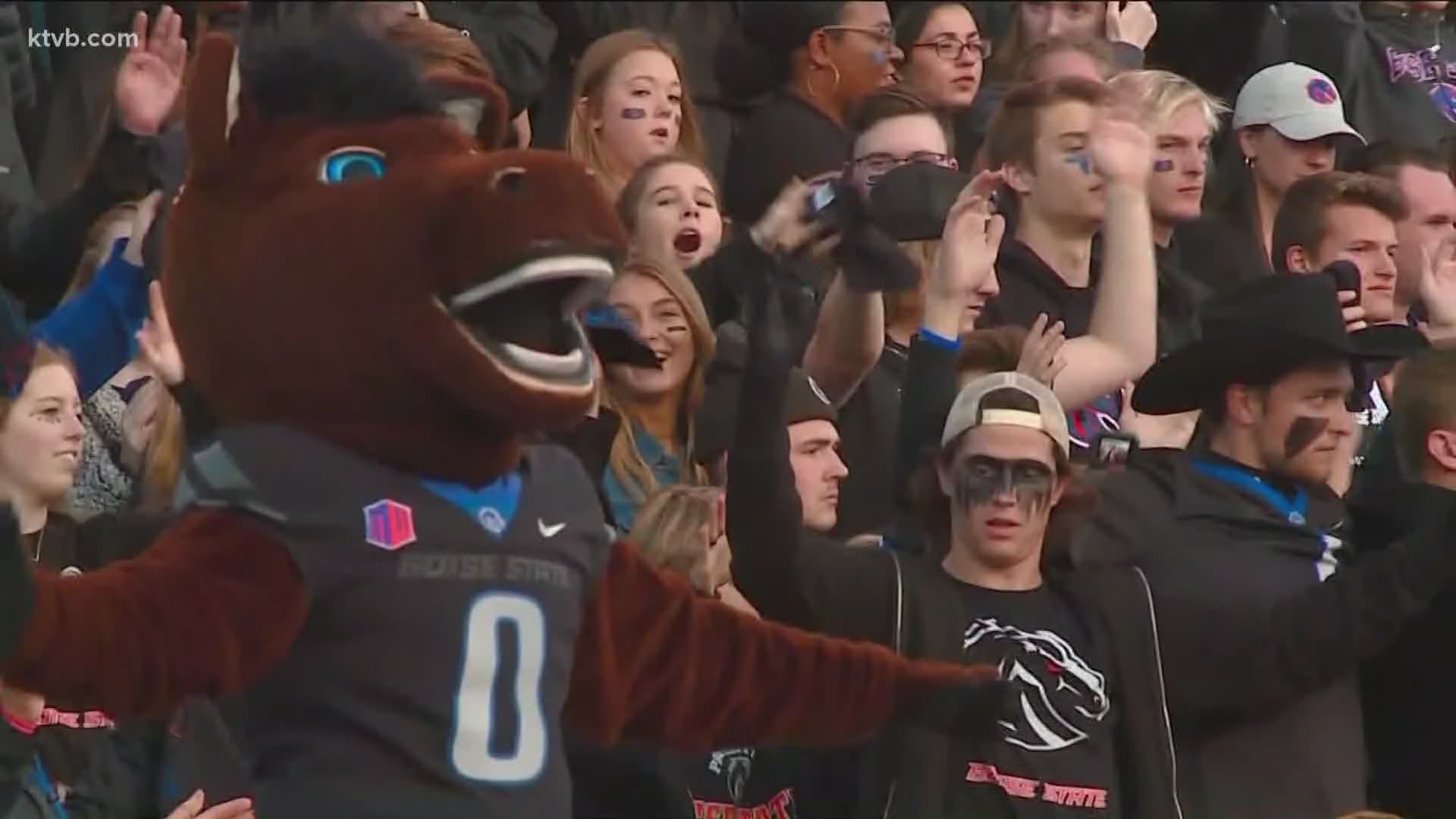 BOISE, Idaho — The Boise State football team was scheduled to start fall camp on Friday, and as of Wednesday, the team was exactly one month out from its kickoff against Georgia Southern.

But that all changed on Wednesday evening when the Mountain West Conference released its plan for the upcoming football season, as well as other fall sports.

The fall season will kick off no earlier than the week ending on September 26, pushing the start date for football back by a few weeks.

The conference also announced that it will implement an 8-and-2 format for football. That means teams will play eight league games - like normal - but the number of non-conference matchups was cut in half, from four to two.

None of Boise State's nonconference games have been officially canceled yet, but it is likely that the Georgia Southern and Florida State games will either be canceled or rescheduled for a future season.

As for fall camp, the team is now targeting Aug. 21 for their first day of practice.

"Today's decision by the Mountain West Board of Directors gives us more time to prepare for the fall season while allowing us to continue monitoring the COVID-19 situation - not just in Boise, but across each of our conference campuses," Boise State athletic director Curt Apsey said in a statement. "We have been and will continue to work with local health experts in regards to safety precautions for our student-athletes, coaches and staff."

The conference also announced on Wednesday that its football championship game will take place on either December 5, 12, or 19, as the conference wants to allow for some flexibility.

"The health and welfare of our student-athletes and campus communities continue to be paramount in our decision-making process," Mountain West Commissioner Craig Thompson said in a statement. "The modified fall structure as presently configured allows flexibility and time for our athletic programs to be in the best possible position to play collegiate sports this season. There is still a lot of work to be done and many important decisions to be made. Today's announcement provides a path forward as we navigate the weeks ahead."

It's a path forward for some, but not all athletic teams.

Meanwhile, women's soccer, women's volleyball and men's and women's cross country will all be allowed to complete in conference-only schedules.

The winner of the regular season for both soccer and volleyball will be crowned league champions.