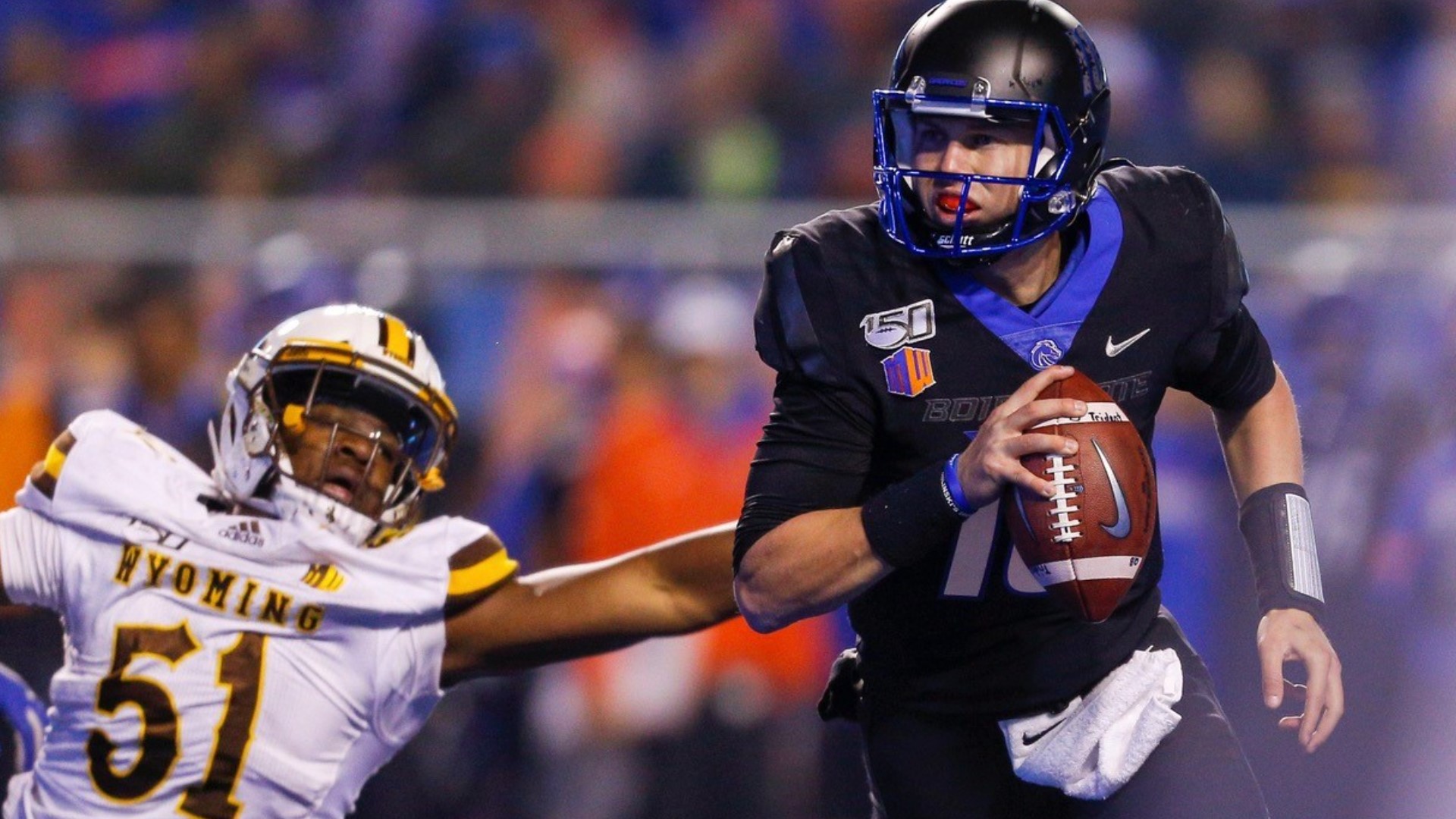 BOISE, Idaho — Six weeks after the Mountain West Conference indefinitely postponed the 2020 football season due to concerns about COVID-19, the conference has officially ruled they're ready to kick things off.

The Mountain West will kick off the 2020 football season the week of Oct. 24. Teams will play an 8-game conference-only schedule that will conclude with the conference championship game on Dec. 19.

This is the first step toward playing since the Mountain West initially postponed their virtual media day event on July 20.

“I’m so excited that our coaches and student-athletes are going to get to do this fall what they do best - compete and win," Tromp said. "It’s time to let the Broncos out of the corral.”

“I am thrilled for our student-athletes and coaches to be able to compete this fall. There has been a lot of great work done by a number of people in order to pull this together, and I am incredibly appreciative of their efforts,” he said.

The Mountain West confirmed that there will be a conference call to discuss the details of what the upcoming season will look like.

Thursday's news came a week after the Mountain West released a statement, claiming they're working to "finalizing a plan for frequent, rapid response testing" so that sports could return "at the earliest possible opportunity."

Tromp and Apsey each publicly expressed support of that statement last Friday.

"Nobody wants to play football more than the Broncos. We're really excited about the prospect," Tromp said. "We're working with all the new technologies that are coming out now ... about ways that we can treat and manage [COVID-19]."

BREAKING: The @MountainWest has voted to resume football season.

"I'm confident and more positive than I've ever been," Apsey said. "We've been through some tough times, but we're looking forward to tomorrow and the future."

There was a sense of urgency going into Thursday's meeting because Mountain West teams need to start practicing. Traditionally, there is a 29-day preseason practice schedule. If applied to this year, that means that teams would have to start practice on Friday in order to play on Oct. 24.

KTVB reached out to the Mountain West for further clarification on whether or not typical practice standards will be applied to an atypical season. At the moment, we're all still searching for that answer.

At the very least, a spokesperson for the New Mexico football program cited that the NCAA council recommends four to six weeks of practice time prior to a season. That spokesperson told KTVB that the Lobos intended to follow those guidelines.

When it comes to preparing for a season, some teams are further along than others. As of this week, Air Force, Boise State, Colorado State, New Mexico, Nevada, San Diego State, San Jose State, UNLV, Utah State and Wyoming all confirmed to KTVB that they are utilizing the 12 hours of weekly training that the NCAA is allowing teams who had their respective seasons either canceled or postponed.

For Hawai'i, while they did have players on campus this summer, the state is currently under a state-at-home order. That order was set to expire Thursday.

Below is a timeline on the Mountain West Football decision: