"I get the fun and the easy job which is swabbing the noses and getting to interact with the students and the parents," STUD Dylan Herberg's mom explained. 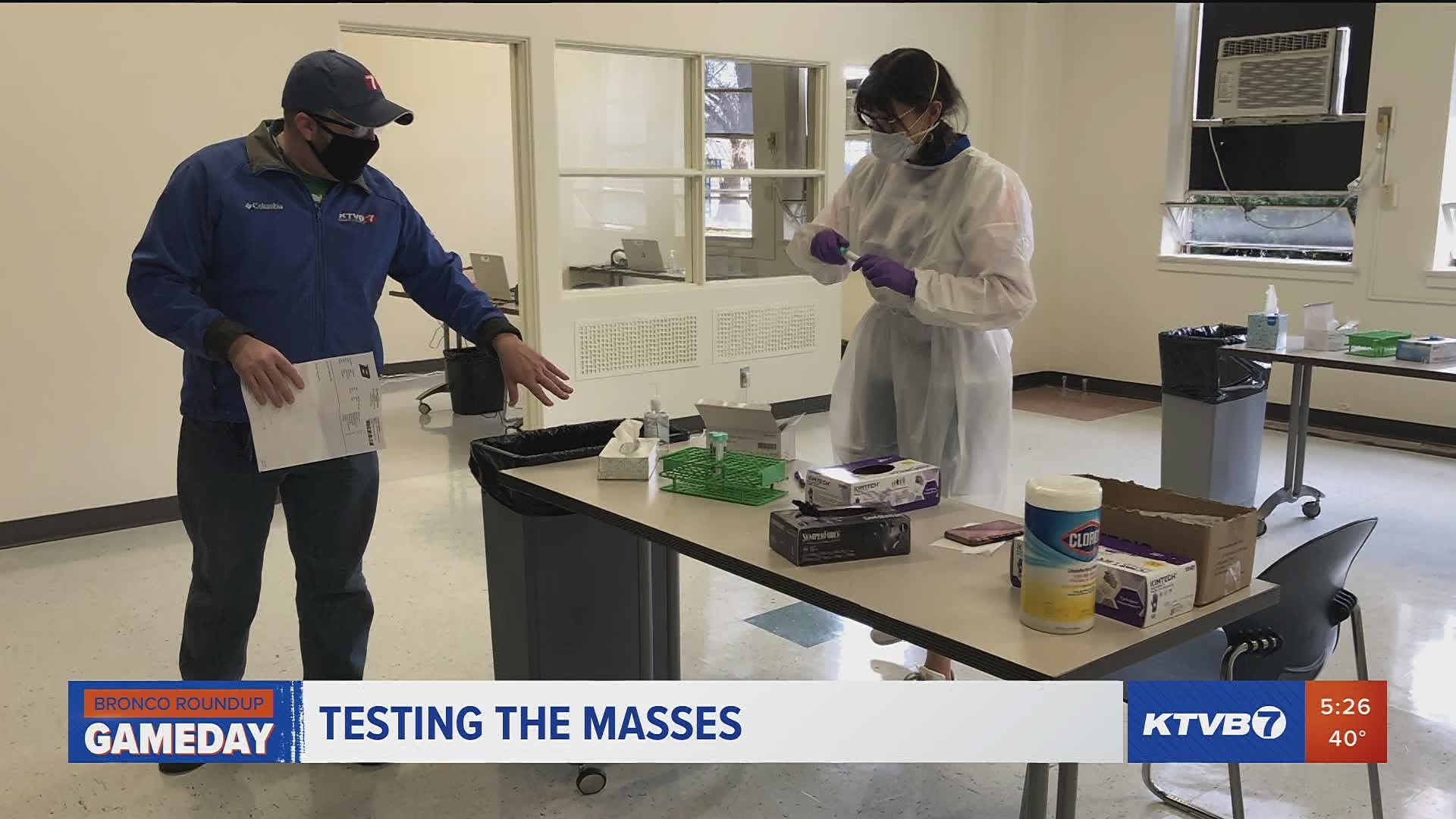 BOISE, Idaho — Boise State standup defensive end Dylan Herberg carried the Broncos' famous hammer onto the field against BYU on Nov. 6, a moment that his mother said meant everything to her. But without the work of registered nurses like Herberg's mother, the stands of Albertsons Stadium would be completely empty.

Jenni, Herberg's mother, is a registered nurse and the value-based healthcare program director at the College of Health Sciences at Boise State. She sprung into action when Boise State announced that no fan would be allowed in attendance during the Broncos' home opener.

"When we were told as parents that we weren't going to be able to get into that games, that they were working things through with Central District Health, I reached out to the university and said if there was anything I could do to help," she recalled. "So Alicia Estey, Vice President of compliance for the university, called me into her office and said 'Jenni, here's where we're at, we are going to have to test every student.' We discussed the band, the cheer. That's a big lift to test that many people. And so she said, 'Jenni, if you can help as a nurse, we really need help testing those people.' So I said absolutely, sign me up."

Jenni said for the Broncos' last game, she tested about 300 people that day.

"It's not that bad at all. The public health department for the university really does all of the hard stuff," she explained. "They do all the scheduling, they do all the labs. I get the fun and the easy job which is swabbing the noses and getting to interact with the students and the parents."

The redshirt sophomore checks in at about 6'3", 240 pounds, so he's not exactly Jenni's little boy anymore. But seeing him carry the hammer onto The Blue against BYU meant the world.

"It meant everything to me to be there. I think you know we grew up here. Dylan grew up having a season ticket holder," she explained. "Our family vacations were going to Bronco football games. We were there at the Fiesta Bowl, we were there at the missed field goal kick in Reno. And since Dylan was about four years old, he has always wanted to play football for Boise State and so to have the honor of carrying the hammer out it just such a huge deal to us. It meant everything for me to be able to see that and see him be out on The Blue and definitely worth all of the swabbing of the noses to be able to be there to see that."