Former Boise State head coach Dirk Koetter has returned to Idaho for retirement, and he’s not the only one in the family returning home to Boise. 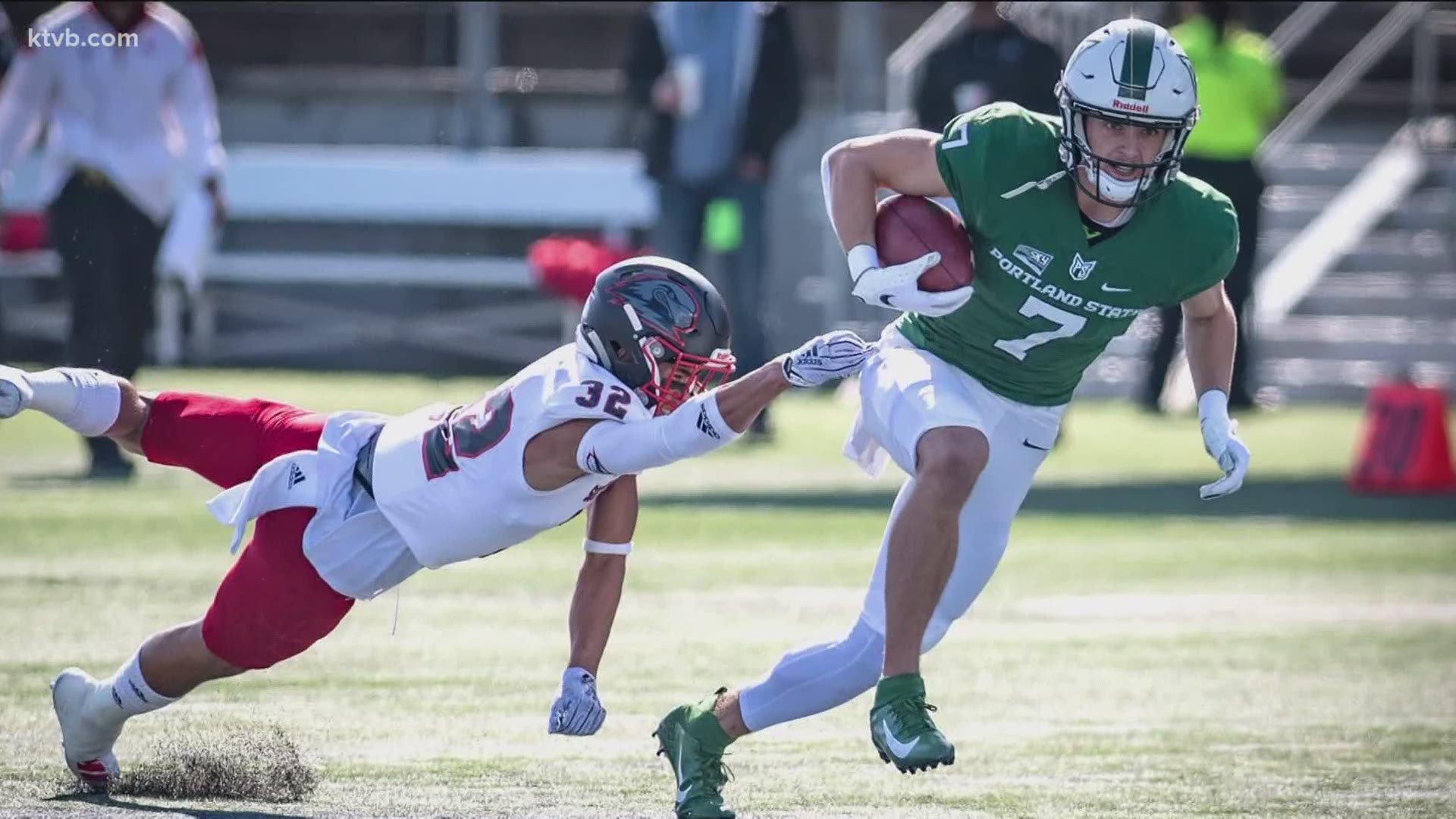 BOISE, Idaho — Back in January, former Boise State head coach Dirk Koetter officially retired from his NFL coaching duties after a 39-year coaching career. Koetter has since returned to Idaho for retirement, and he’s not the only one in the family returning home to Boise. Dirk’s son, Davis, joined the Boise State football program back in January as a grad transfer walk-on.

“I’m fired up. We have a place in McCall and we have been coming up to McCall every summer as I’ve grown up and with the coaching profession, you move a ton, so we always considered McCall home, so I feel like I’m back home. I was born in Boise, I’m fired up. I’m fired up to be back in Boise, this is a great city. They love their football here, and it feels good to be back. I’ve got family around, I’m really excited to be here,” said Davis Koetter.

Davis is a grad transfer from Portland State with two years of eligibility remaining in his collegiate career. In his final season with the Vikings back in 2019, he hauled in 38 catches for 626 yards and a team-high 8 touchdown catches.

“I did both (inside and outside WR) at Portland State. Right now, I’m playing outside here, but I’ve always prided myself on being able to play everything. When we have some injuries and guys are banged up, I can insert anywhere and give me the best opportunity to play the most snaps possible, so that’s what I pride myself on, being very versatile, as far as plays style goes, I don’t know, you maybe got to ask somebody else, but I just play hard and try to put myself in good situations,” said Koetter.

Dirk Koetter spent last season with the Atlanta Falcons as their offensive coordinator. The former Boise State head coach (98’,99’, 00’) also spent the 2016-2018 seasons as a head coach with the Tampa Bay Buccaneers. No longer tied to his coaching duties, and living nearby, Davis’ dad has been able to attend some of the Broncos spring practices already.

“It’s awesome. He’s been to two of my college games in my career, so he’s really excited to be able to come to these games and just to be back in Boise, they love it here and they’ve lived in probably close to 15 places and they’re retired and can live wherever they want and for them to pick Boise, I think that says a lot about Boise and the city,” Davis said.

While the younger Koetter still has a few years to try and make an impact on the blue, he already knows what is next after his playing days are over, following in dad’s footsteps.

“He’s been awesome. Whenever I ask him for stuff, he’s great and gives me a lot of resources and stuff for me to learn, but at the same time, he’s made it clear there’s a lot of other ways to have a good, successful-financially life outside of football, but I can’t live without the game, I know I’ve wanted to coach as long as I can remember, I was drawing up plays before I could, I don’t even know, this is what I want to do and I couldn’t imagine doing anything else,” Davis said.