Jeron Johnson returns to Boise State as an assistant coach

Johnson played for Boise State from 2007 to 2010. During that span, the Broncos were a combined 48-5, climbed as high at No. 2 in the Associated Press Poll. 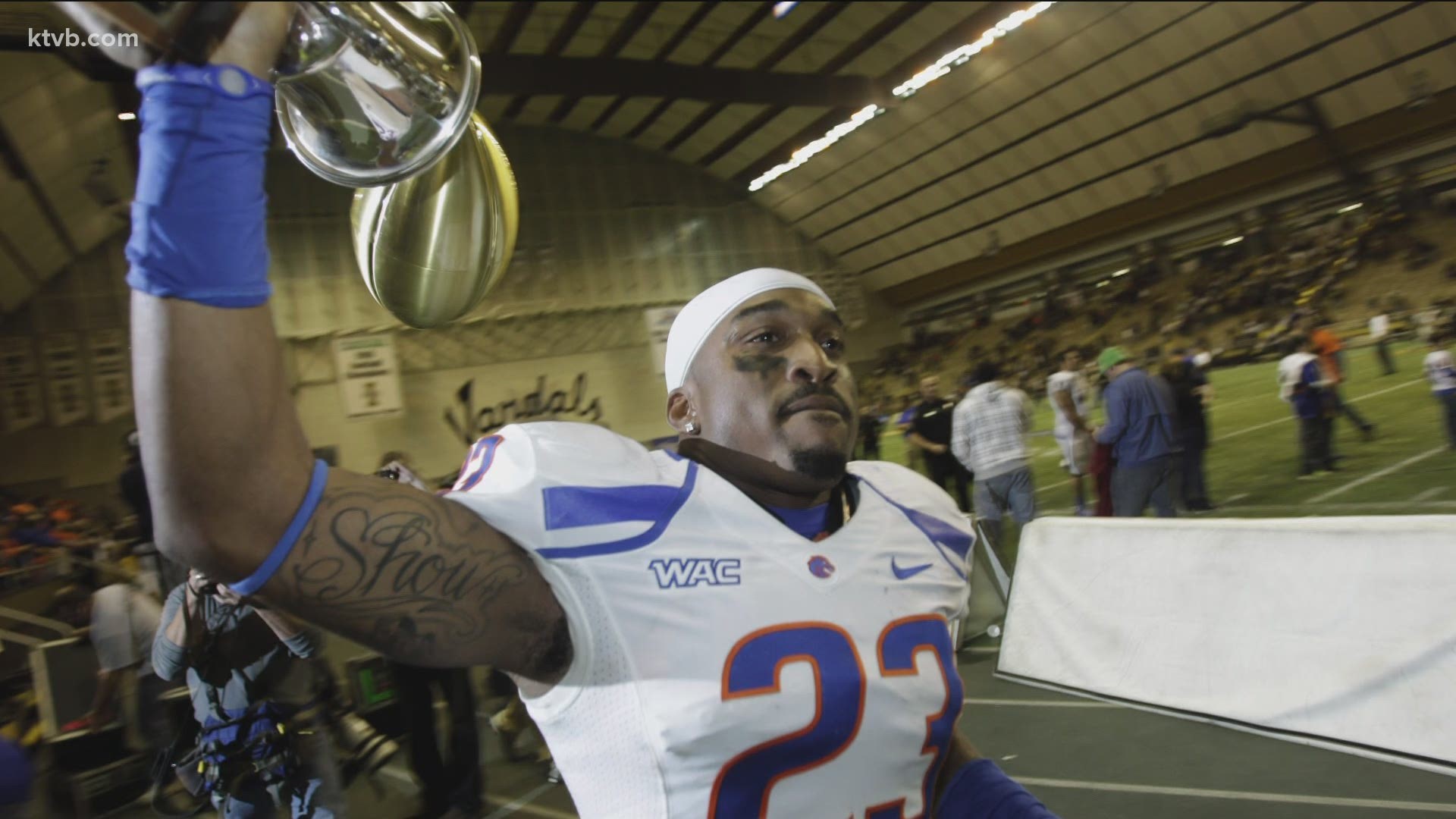 BOISE, Idaho — One of the most feared hitters in the history of the Boise State football program is returning to The Blue as an assistant coach, the university announced on Wednesday.

“Having been part of this brotherhood, Jeron understands our culture and knows what we’re building on here,” Avalos said. “He has lived this student-athlete experience, taken what he learned into a professional career – both on and off the field – and I am excited to have him here, mentoring the young men we’re bringing into this program.”

“I am extremely thankful to Coach Avalos and his family for giving me this opportunity to fulfill a lifelong dream of coming back home and coaching for my alma mater,” Johnson said. “This is a great moment for me and my family. I’m excited to get to work and develop these young men, not only as players, but as young men of high character. It’s going to be fun!”

BREAKING: Former #BoiseState safety Jeron Johnson (@Jus_Showoff) is returning to his alma mater as an assistant coach, according to multiple sources. He will join Andy Avalos' staff.

Since the turn of the century, Johnson is the only player in program history with 80-plus tackles in three separate seasons. For his efforts, he earned Second Team All-WAC honors following his sophomore and junior seasons and was a First Team All-WAC representative as a senior in 2010.

Johnson still ranks tenth in program history with 328 career tackles. Over the last 15 years, no other Bronco has more ten-tackle performances (10) than Johnson.

Despite his impressive college numbers, the native of Compton, CA, went undrafted in 2011. He quickly signed a free-agent deal with the Seattle Seahawks and made the 53-man roster as a rookie. Over the next four years, Johnson appeared in 46 games for Seattle. He recorded 27 tackles, 2.0 sacks and a forced fumble. He also helped the Seahawks win the organization's first-ever Super Bowl in 2014.

The following season Johnson signed a two-year, $4 million contract with Washington. He appeared in 14 games and had a single-season career-high 27 tackles in 2015. Washington then released Johnson in April 2016. He bounced around between the Chiefs, Jaguars and Cowboys, and even had a brief second stint with the Seahawks.

Johnson, 32, does have a limited coaching background. He spent the last couple of years at Eastside Catholic in Sammamish, WA, a 3A powerhouse that claimed back-to-back state titles in 2018 and 2019. Last year the Crusaders had players since with California, Ohio State, Washington and Washington, and this year they possess J.T. Tuimoloau, the No. 1 rated prospect in the entire country, according to 247 Sports.

Former Boise State teammates Antwon Murray, who is currently a scout with the Tampa Bay Buccaneers, believes Johnson will be a great addition to the staff at Boise State.

"It’s great for the University, for him, and most importantly, the kids," Murray told KTVB. "They will benefit the most. He’s played it at the highest level. More importantly, he’s faced adversity throughout his life and career and he’s pushed through to have a successful NFL career and become a great son, uncle, brother, and father to two beautiful kids.

"He will get [Boise State players] squared away with the X’s and O’s," added Murray. "Most importantly, they will be prepared for the real world and life beyond football."

In case you forgot what it *sounded* like when Jeron Johnson hit people, I dug this little highlight out of the archive...#BSUJohnsonCB pic.twitter.com/ENeLSxHFa4