The Broncos didn't take the lead in the thrilling game until the third quarter. 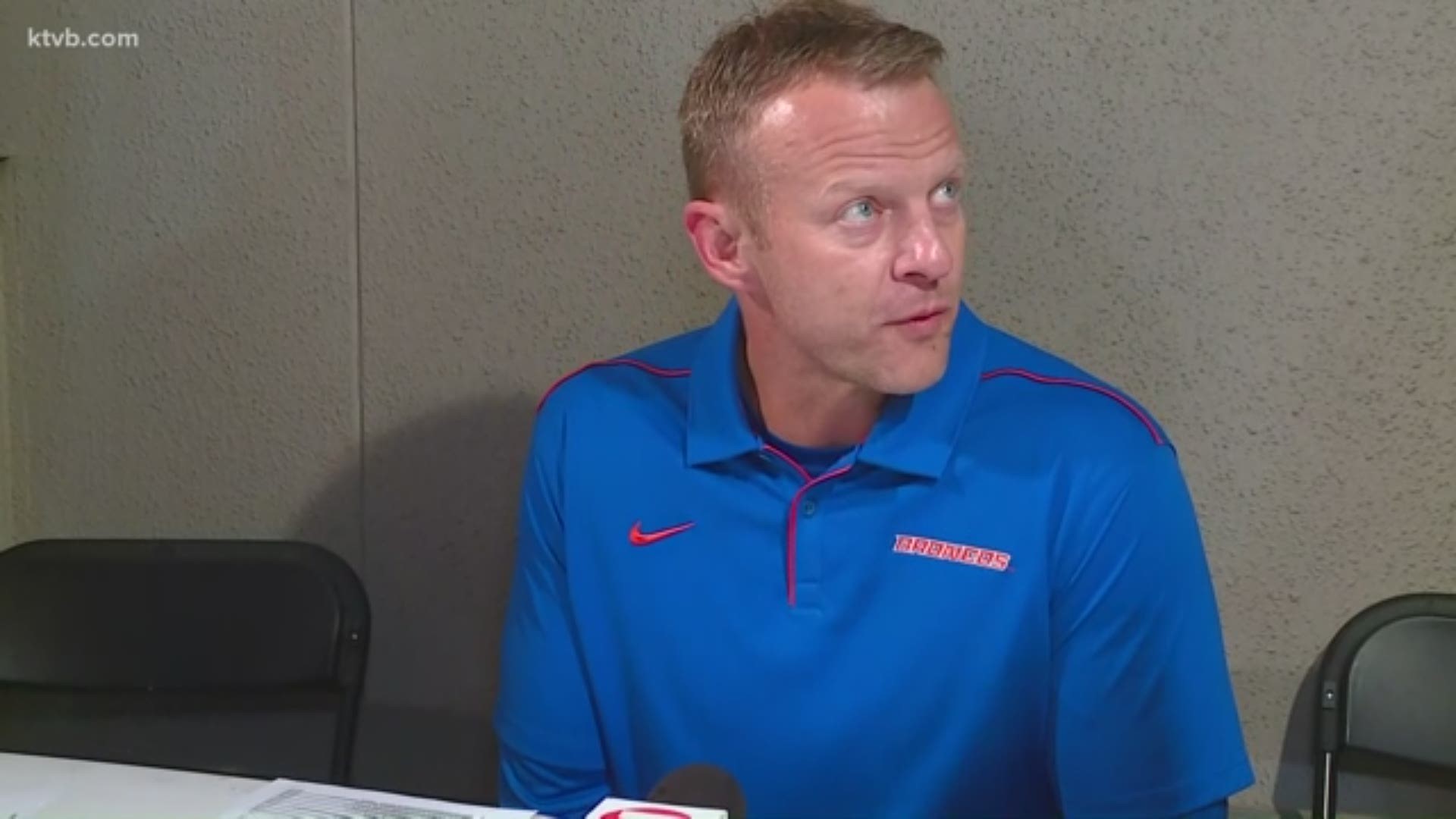 SAN JOSE, Calif. — George Holani ran for 126 yards and four touchdowns and No. 21 Boise State bounced back from its first loss of the season by beating San Jose State 52-42 on Saturday night.

The Broncos (7-1, 4-0 Mountain West) lost 28-25 at BYU two weeks ago with starting quarterback Hank Bachmeier sidelined but responded following a week off despite falling into an early 14-0 hole.

Boise State had six rushing touchdowns and 253 yards on the ground, taking the lead for good on Holani's third touchdown early in the fourth quarter that made it 38-34.

The Broncos then finally got a key defensive stop against the Spartans (4-5, 1-4) thanks to a sack by Curtis Weaver, and Andrew Van Buren provided a cushion with a 32-yard score that made it 45-34 with 6:24 to play.

Josh Love threw for 438 yards and cut the deficit to 45-42 on his second TD pass of the game with 3:56 remaining, but it wasn't enough for the Spartans, who fell to 0-14 all-time against Boise State.

The Broncos recovered an onside kick following Love's second TD pass and converted a third-and-5 on a 15-yard end-around by John Hightower and Holani put the game away with his fourth TD of the game with 1:35 to play.

The Broncos took their first lead late in the third quarter after Bachmeier scrambled 18 yards on a third-and-15 play. He left briefly with an apparent injury and Chase Cord came in and ran it 8 yards for a score on the next play to put Boise State on top 31-27.

But Love responded with another TD drive of his own with DeJon Parker running it in from 3 yards out for his second score of the game to put San Jose State back up 34-31 heading into the fourth quarter before the Broncos took the game over on the ground.

Boise State: The Broncos got a big spark on special teams with a 66-yard TD return by Avery Williams to get them on the board in the closing seconds of the opening quarter, but had little answer all night for Love. Curtis Weaver finally delivered a big play with a third-down sack that ended a drive early in the fourth quarter, allowing Boise State to build a bit of a cushion. The Broncos did the rest on the ground, scoring on their final five non-kneel-down drives of the game.

San Jose State: The Spartans scored TDs on the opening two drives of the game in a sign that this year's meeting would be far different than the mostly lopsided previous games in the series. Brandon Ezell also intercepted a pass from Bachmeier late in the first half, setting up another TD as the Spartans led 24-17 at the half. Boise State won the first 13 meetings by an average of nearly 28 points with only two of those games decided by seven points or fewer.

San Jose State linebacker Jesse Osuna was ejected for targeting for the second straight game. He missed the first half of this game for a hit last week against Army and then less than five minutes into the third quarter he was called again for a hit on George Holani. Osuna also was called for targeting in the opener against Northern Colorado, meaning he will be suspended for the next game under the repeat offender rule.