Keep track of the Broncos' last home game with with our Game Tracker and live blog. 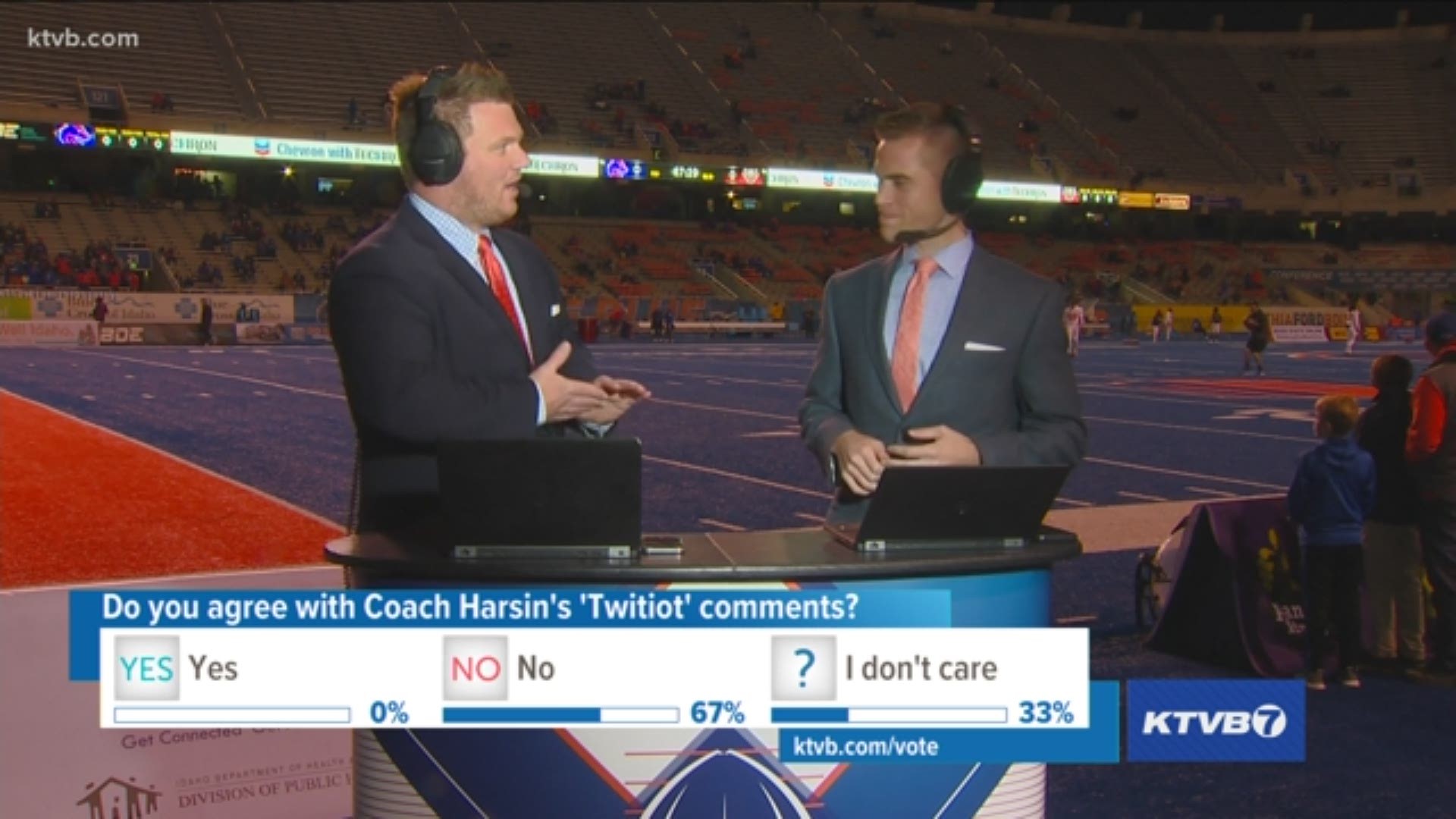 BOISE, Idaho — Update: Senior Jaylon Henderson will start as quarterback for the Boise State Broncos as they face the New Mexico Lobos.

Boise State's matchup against New Mexico on Saturday is Senior Night and the Broncos' last home game of the regular season.

"Their team speed is one of the best that we play every single year," coach Bryan Harsin said. "We've been in some shootouts with New Mexico. Their record doesn't necessarily show that but record doesn't matter right now, not to us."

Before kickoff, make sure to watch the Bronco Roundup Game Day Show on KTVB Idaho's News Channel 7 and KTVB.COM, which will be live from the Blue at 7 p.m. KTVB's Jay Tust and Will Hall will break down everything Bronco Nation needs to know about the game, including if Hank Bachmeier will play against the Lobos.

For 17 Boise State seniors, Saturday may be the last time they play on the Blue in their college careers (Boise State is in a strong position to host the Mountain West Championship game on Dec. 7, as they're leading the Mountain Division and are the highest-ranked team in the conference.) With a win against New Mexico, the senior class's win total will be 40, making for an average of 10 wins every season they've been at Boise State.

Following the end of the game, make sure to tune in to KTVB.COM and watch a live stream of the post-game press conference, where coach Bryan Harsin and several players will speak with the media and discuss some of the major storylines and plays from the game.