Here's everything that Bronco Nation needs to know about Boise State's game against Utah State on Saturday. 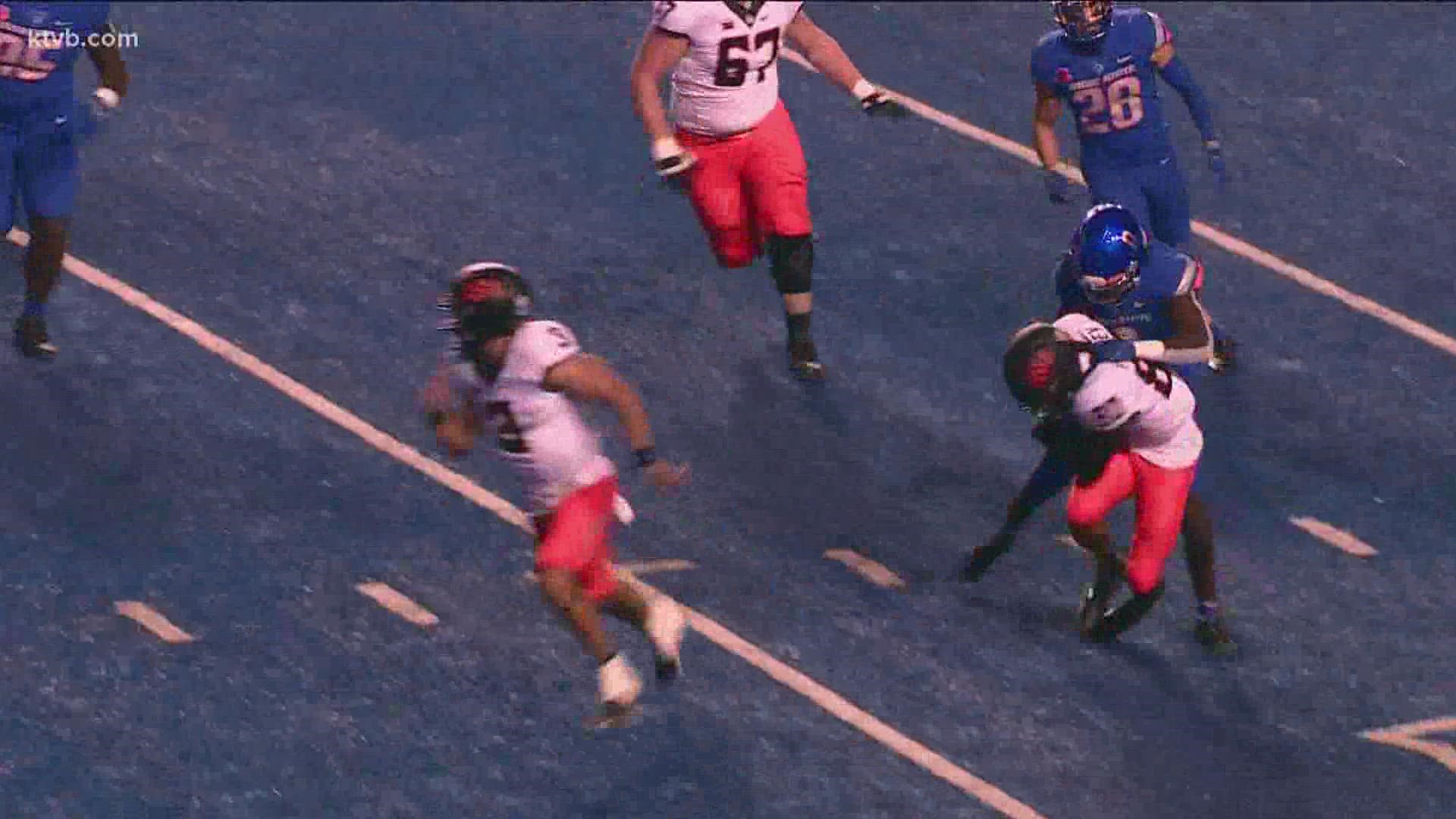 BOISE, Idaho — Going into the 2021 season, the Boise State Broncos certainly had their work cut out for them. Starting the season with a brand new coaching staff under first-year head coach Andy Avalos on the road against the University of Central Florida was a tall task. Then, the Broncos had a massive test in defending The Blue against the Oklahoma State Cowboys, a team that throttled the Broncos three years ago.

Through three weeks, the Boise State football team's record sits at 1-2, with each margin of defeat combing for six points total. With a few bad plays and blown calls going the opposite direction, Bronco Nation would very likely be talking about a 3-0 and Top 25 Boise State team.

However, a Top 25 ranking is still a ways away with the Broncos getting tripped up with consistency and execution. When Boise State is able to get out of its own way, the Broncos have had a 21-0 lead over UCF, scored 31 points in a single quarter against UTEP and kept a Big 12 Conference foe out of the red zone for an entire half.

Unfortunately, when consistency and execution become issues for the Broncos, they've had negative total yards in entire quarters, had five straight three-and-out drives, blew a 21-0 lead and got shut out in the second half of a game.

Going into week four of the season, Boise State will begin its Mountain West Conference slate of games, starting with Utah State University on Saturday, Sept. 25.

The Aggies started the season with a three-point road win over the Washington State Cougars, then beat North Dakota in week two and in week three, Utah State beat the Air Force Academy in a 49-45 shootout.

While Utah State is undefeated through three weeks, as of Monday, Boise State was favored in Las Vegas by nine points.

Since 2000, Utah State has beaten Boise State once and is 5-20 all-time against the Broncos. For the Aggies, this conference matchup will help prove Utah State is a conference contender. For the Broncos, this game gives the team another chance at fixing the issues that have plagued them throughout the season and could show why they're still the team to beat in the Mountain West.

MORE: After Boise State's loss against Oklahoma State, Andy Avalos and the Broncos look to build consistency on offense

The game will be televised on CBS, which can be found on the following channels:

Click or tap here for more information on how to watch the game.

KTVB's Bronco Roundup Game Day show will be live on KTVB Channel 7.1 at 6:30 p.m. Friday. Then tune in for more live coverage on 24/7 Channel 7.2, KTVB.COM, and on the KTVB mobile app at 9 a.m. MT on Saturday. Join Jay Tust, Will Hall for a look at all of the major storylines surrounding this matchup. KTVB's sports team will feature interviews and updates from former and current players during the show.

Since their first matchup in 1975, the Boise State Broncos are 20-5 against the Utah State Aggies, including five straight wins.  The Aggies might have gotten the better of the Broncos back in the 1970s, but the Broncos have dominated the series since the late 1990s.

To find the Aggies' last winning streak against the Broncos, you'll need to program the DeLorean to travel back in time to Nov. 1, 1997, when Utah State beat Boise State for the second year in a row.

Since then, Boise State has only lost to Utah State once.

Going into their 2021 matchup, Boise State is still favored to beat the Aggies by nine points in Las Vegas, even though the Broncos have lost two of their first three games this season. Their two losses have come by a combined six points. 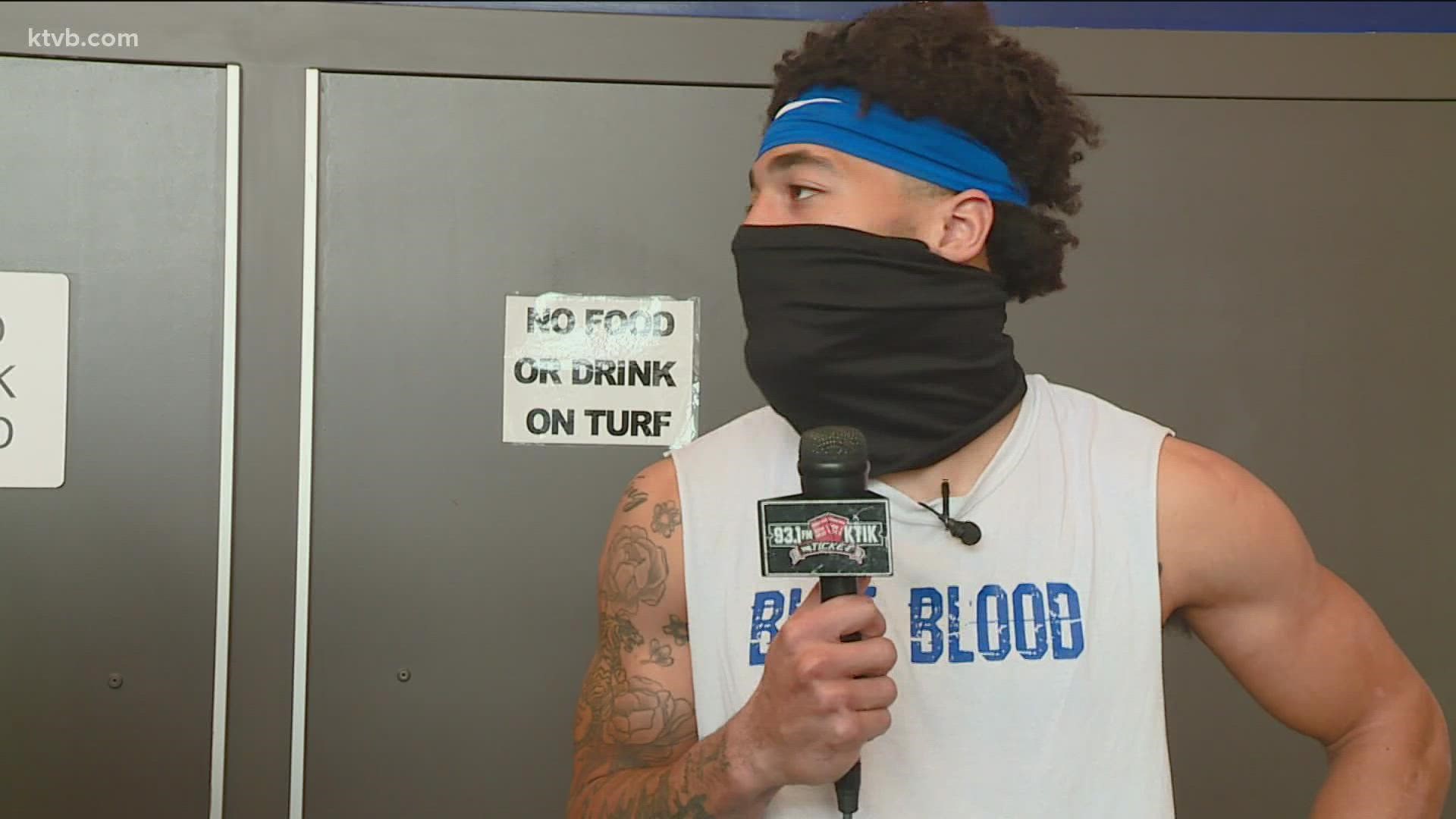